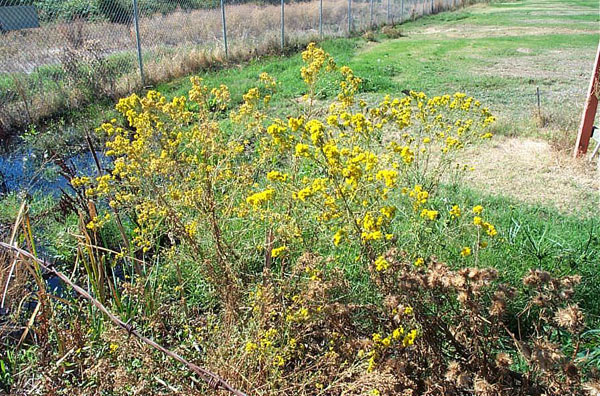 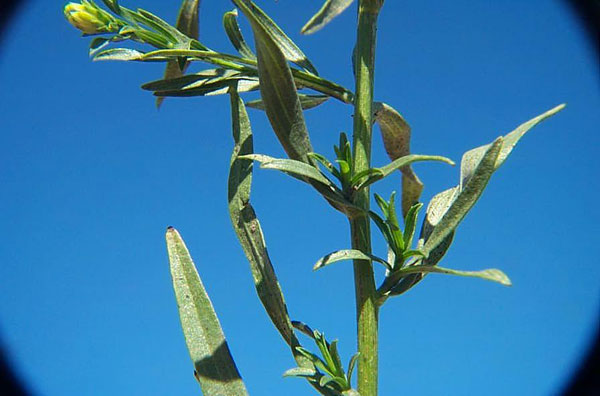 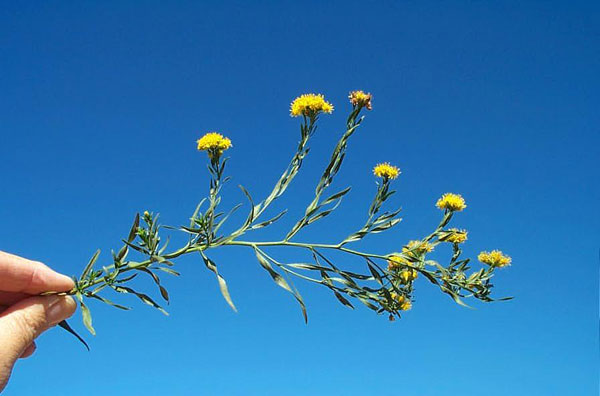 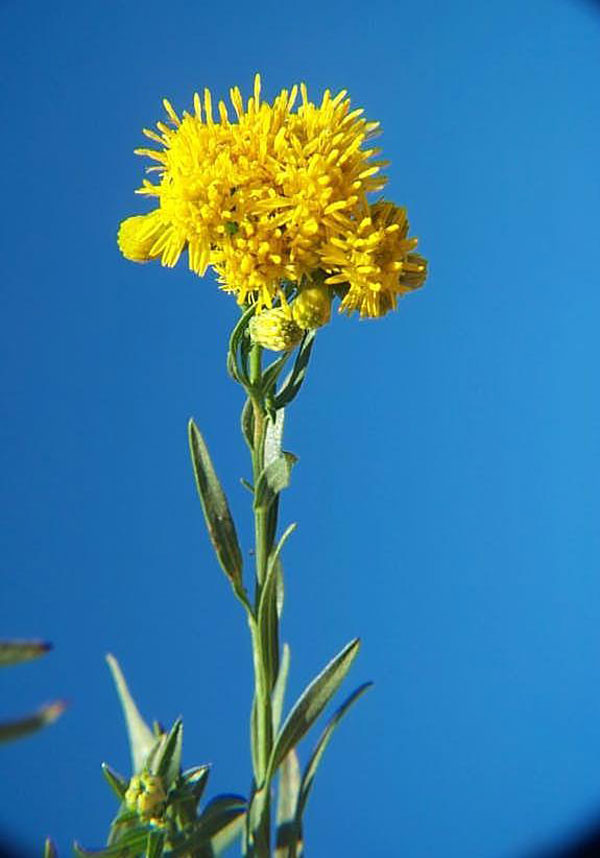 Native to the western United States, and present from Nebraska and Texas west to the Pacific Coast and north to southern Canada.

A perennial weed reproducing from seeds as well as from creeping rhizomes. It is partial to moist areas and may be most common in poorly drained pastures, along the banks of ditches, canals, or rivers, or occasionally in orchards or roadsides.

Mature plants can be over 6 feet tall with a widely branching primary stem, unlike many other goldenrods that have very few or very short branches off the main stem. Branches are thin and are most numerous along the upper third of the plant, sometimes with a sticky surface due to the glands along them. Leaves are narrow and lance-shaped, and up to 4 inches long with the veins running nearly parallel. Leaf margins are not toothed but do have a rough texture to them. Leaves are attached to the stem without stalks, and in general the plant has a more open look to it due to the sparsely placed leaves. Flowers are bright yellow and small, with long, slender ray flowers and shorter disc flowers. Each flower head is on a long stalk, with many stalks and flower heads making up large flat-topped clusters at the ends of the branches.

A perennial capable of growth from rhizomes, making physical removal more difficult should root sections be left behind.