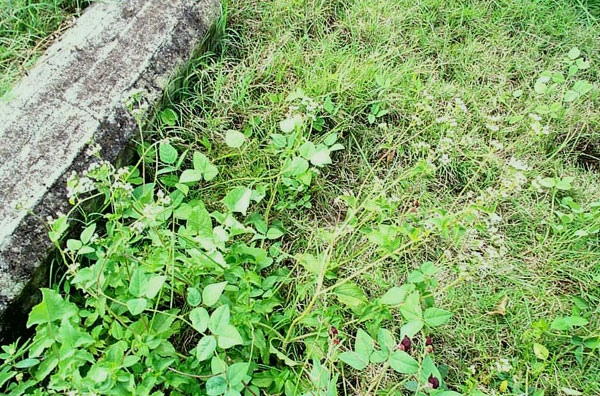 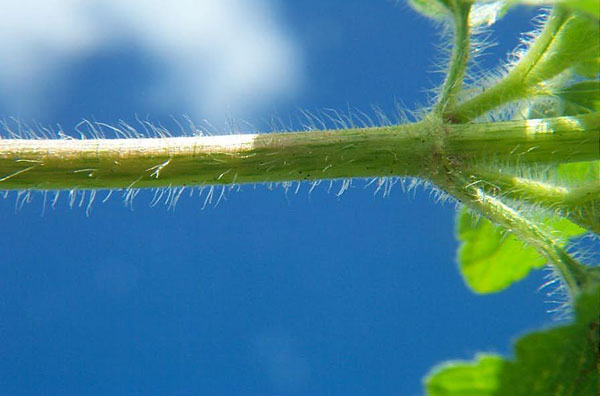 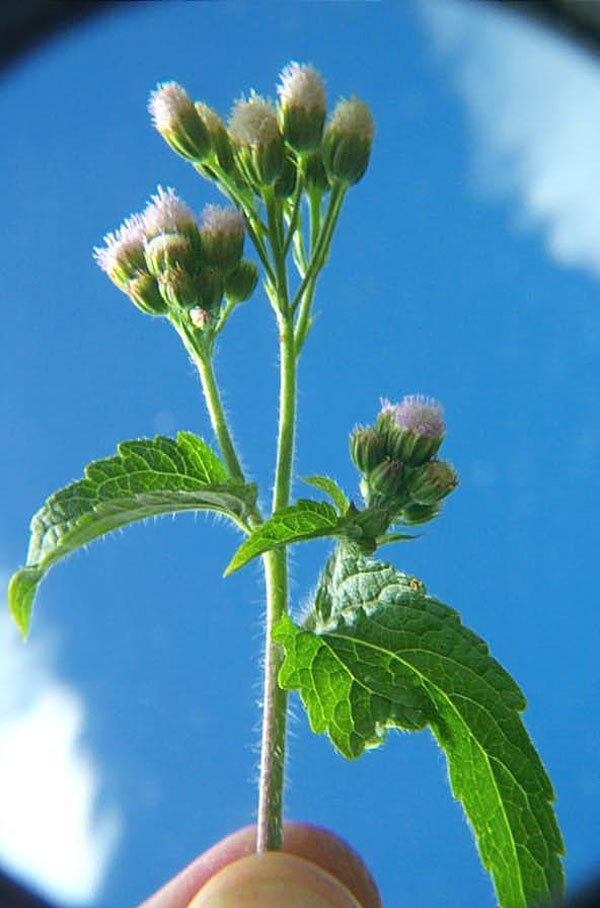 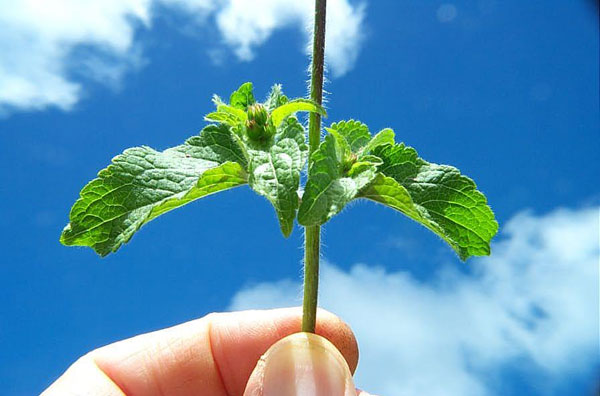 Native to tropical North and Latin Americas, and occurring in the United States in Hawaii, California, and the southeastern states from Missouri to Florida. It also occurs sporadically northward along the east coast.

An annual or a short-lived perennial that reproduces from seeds. Plants are found most often in damp habitats, where they achieve pest status. They are found in most habitats, such as cultivated crops, roadsides, and disturbed areas.

Mature plants generally grow erect to somewhat sprawling, on long, hairy, weak stems, to around 2 feet in height. The leaves also are hairy on both surfaces, have short stalks, and may be as long as 3 inches. Leaves are opposite, spade-shaped, and with distinctly scalloped margins. Flower stalks arise from the base of the leaves, with some occurring along the middle stem but most from the end of the stem. Flowers are a light bluish to white and less than 0.3 inches in diameter. They occur in clusters of numerous flowers that form a somewhat flat-topped grouping.

Individual plants are easily removed by hand, but more extensive infestation can be controlled with a systemic or contact herbicide.