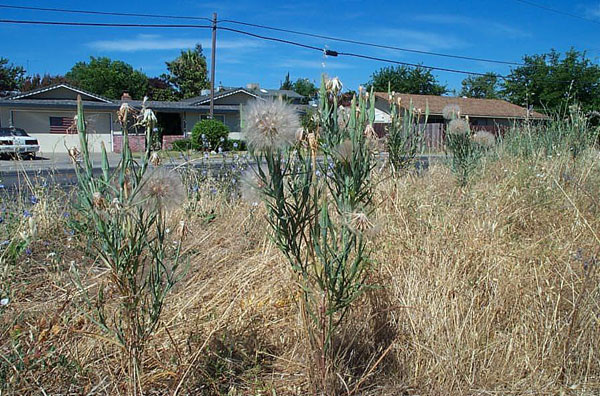 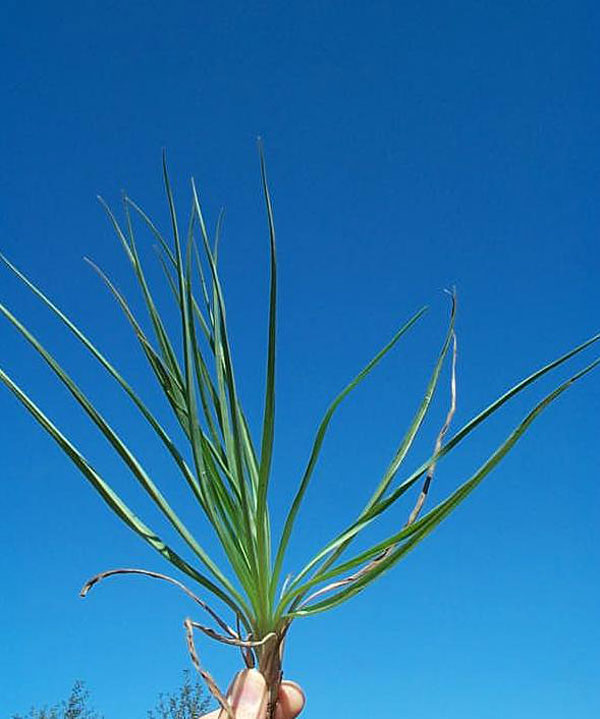 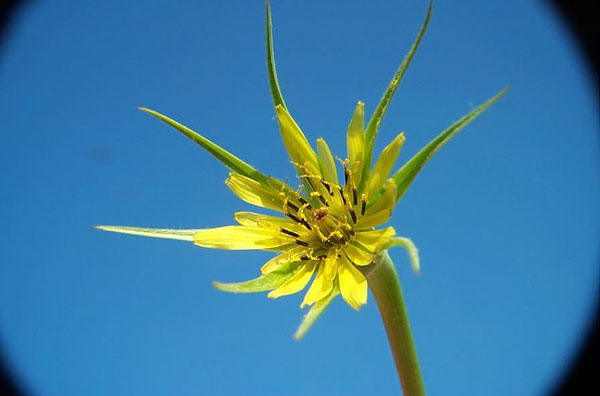 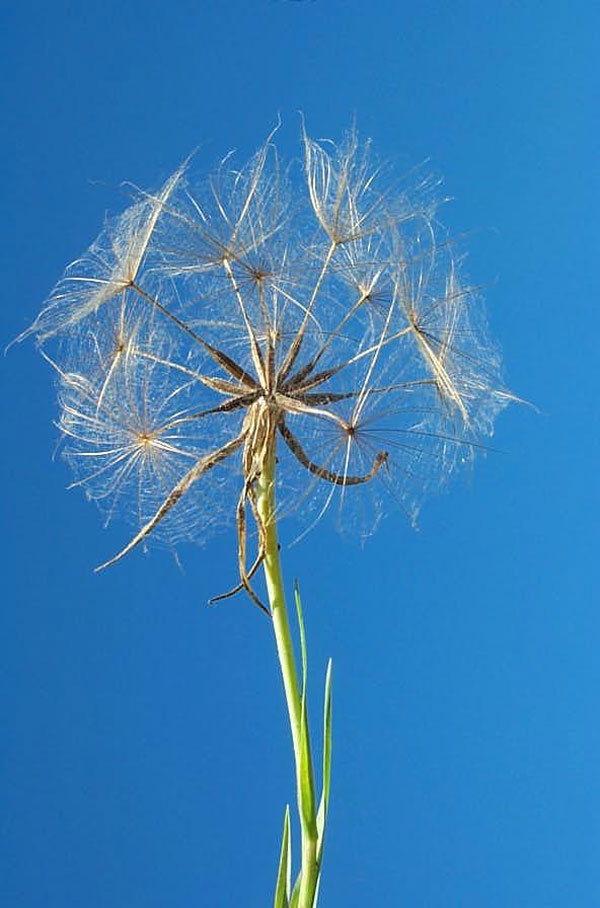 Native to Europe, but now found throughout most of the United States, particularly in the western states but increasing in occurrence in the northeast states.

Most often a biennial, although in some circumstances it may be a short-lived perennial or even an annual weed. Reproduction is only by seeds that can be widely dispersed by the wind, due to the extremely well developed, umbrella-like pappus on the seeds. Seeds germinate in early summer and in the fall for the next year’s growth. As a biennial the basal rosette of leaves will persist through the winter.

Mature plants can be as tall as 3 feet, consisting of one to several erect stems arising from the rosette of leaves. These stems do not branch, but they are lined with the very long, narrow leaves and terminate in the large flower head. Stems and leaves are grayish-green, smooth and without hairs, and the leaves look almost like grasses due to the slender appearance. There is a fleshy taproot that will exude a milky sap if it is cut or broken. The flower head consists of the extremely long, enclosed bracts and the bright yellow ray flowers. At the base of the bracts the stem is noticeably swollen.

Very tolerant of dry soils, but also an important weed in cultivated orchards and crops and on other disturbed soil areas.