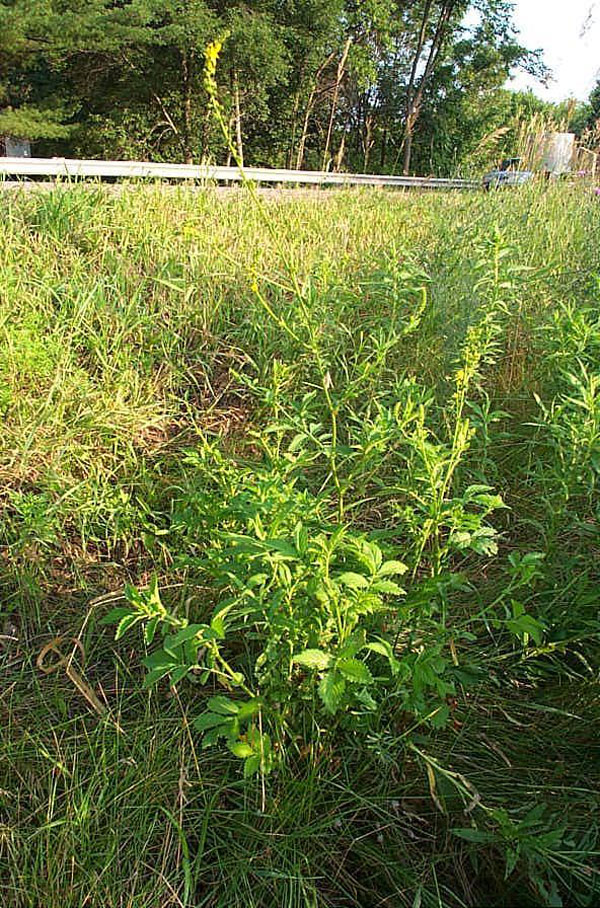 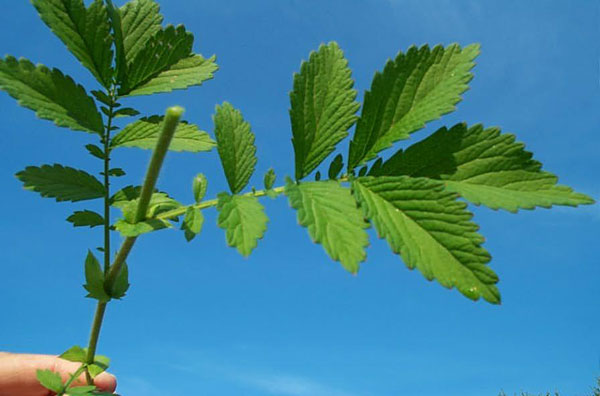 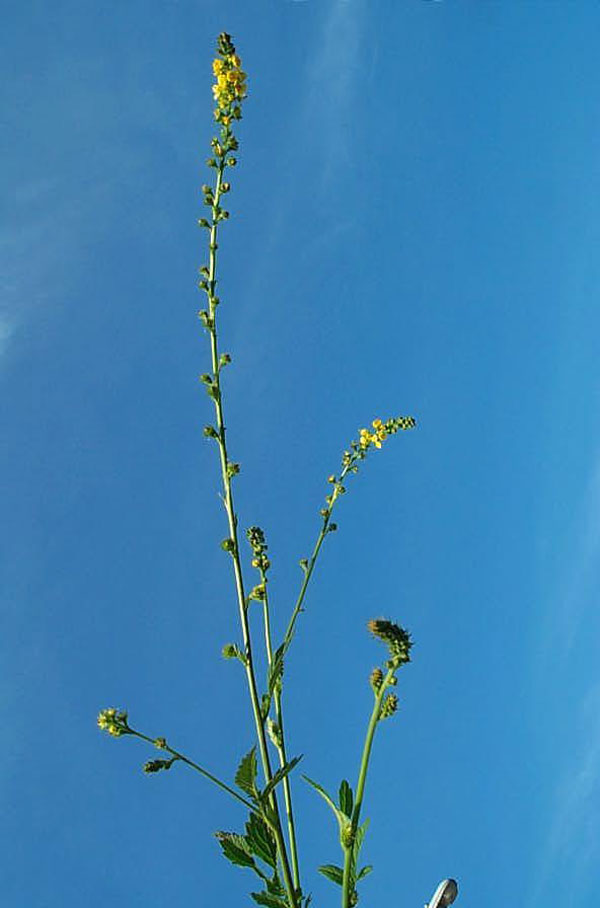 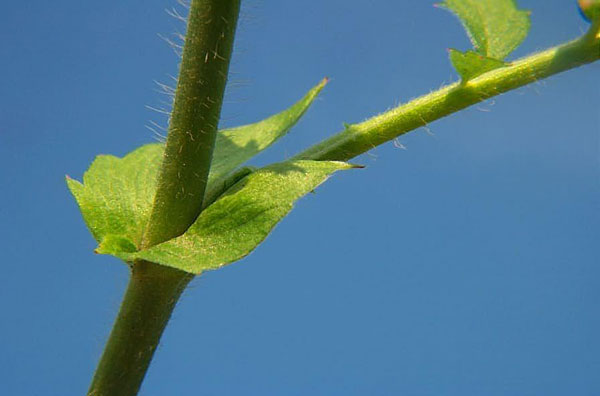 Native to North America where it is found throughout the eastern half of the United States and into eastern Canada. It is considered a threatened or endangered species in Connecticut and Massachusetts.

A perennial plant that reproduces from seeds. In cold climates the foliage dies in the winter and re-growth occurs from the roots. Plants prefer areas of higher moisture, and they can be found along banks of waterways, roadsides, and in disturbed locations.

Mature plants grow to 6 feet in height, due in part to the long flower stalk that arises in the summer. Multiple stems arise from the base of the plant and these branch in turn. The large leaves are divided into numerous opposite leaflets, with very large leaflets alternating with very small leaflets, and attached at the stem with a large, leaf-like collar. The dark green leaves have a soft, hairy texture. The flower stalk is a very narrow and elongate stalk that may rise several feet above the plant. Flowers are clustered tightly along this axis, with flowers opening from the lower areas and progressing upward. Flowers are bright yellow with 4 oval petals.

Where control is needed plants may be physically removed, or killed with a systemic herbicide.