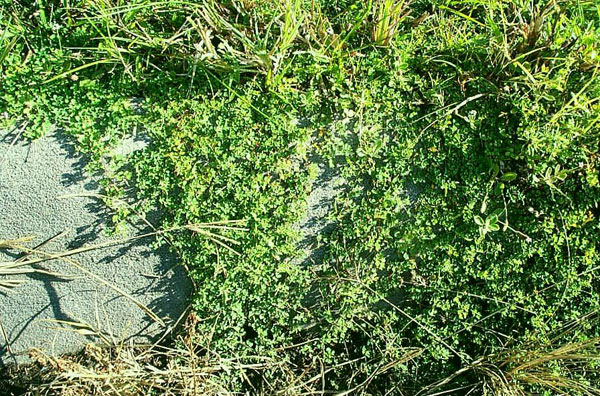 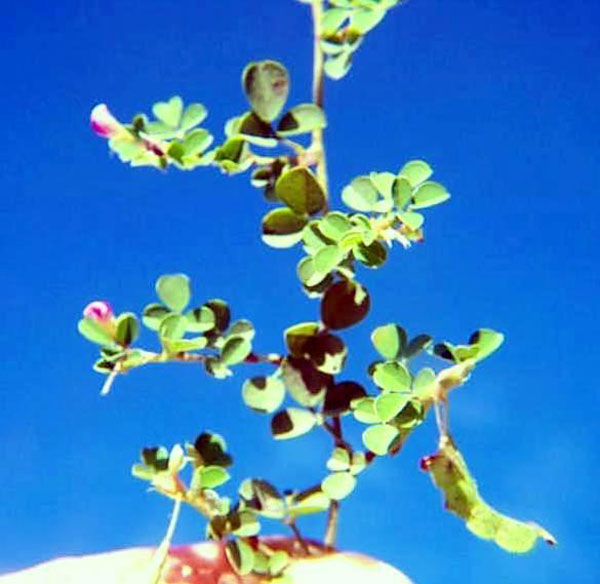 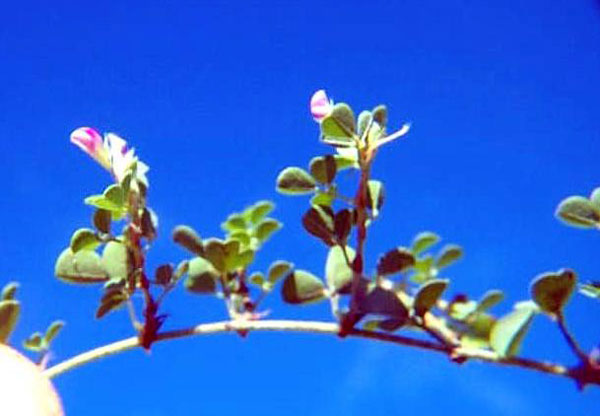 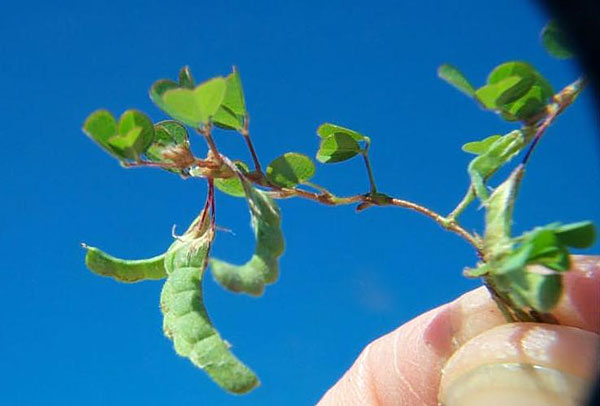 Native to Asia, but found throughout much of the eastern half of the United States.

A summer annual that reproduces by seeds. Plants grow prostrate along the soil, and have thin but tough stems. The plants are tolerant of hard, dry soils, but also commonly infest turf and many other disturbed sites.

Plants tend to stay low to the ground, spreading out to form thick mats over soil or turf. Leaves are compound, divided into 3 separate leaflets on a short stalk. The leaflets are oval to elongate, with a prominent mid-vein and numerous parallel veins that arise nearly perpendicular to the mid-vein. Flowers form in late summer as single flowers arising from the leaf axils. They are pink and irregular in shape. The seed pods that form are flattened, curved, and contain less than 10 seeds.

In turf a selective broadleaf herbicide will be effective. Plants tolerate close mowing with their prostrate growth habit.