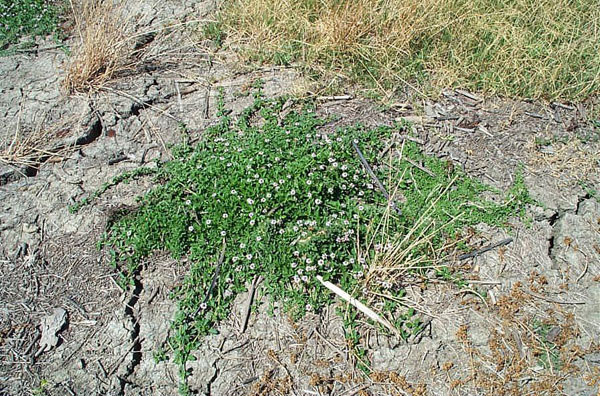 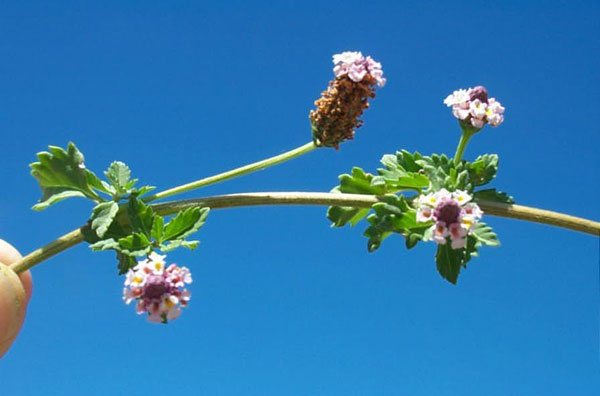 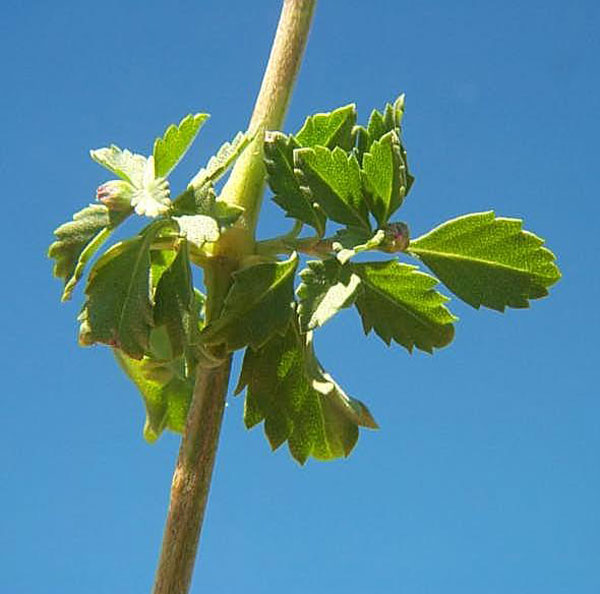 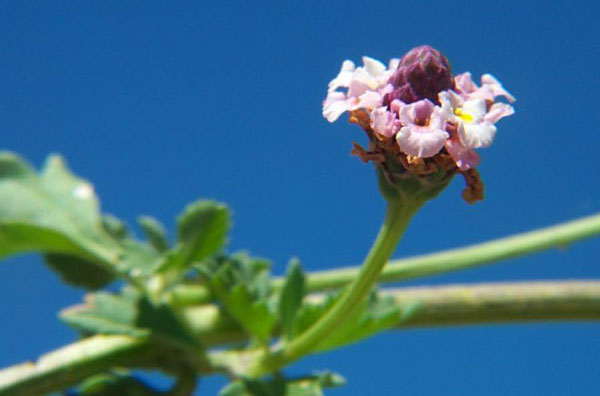 Native to South America, but now widely spread throughout the United States as well as Hawaii, all of Latin America and the West Indies, and Japan and India. It is sold as an ornamental groundcover, and escapes easily to non-landscape habitats.

A perennial, mat-forming plant that propagates by stolons that root at the nodes, as well as reproduction by seeds. Plants stay very low to the ground and stems are thin, but woody near their base. Grows best in sandy, moist soils, and occurs commonly along coastlines and marshy areas.

Mature plants form mats of low, trailing vegetation. Stems are prostrate and hairy, freely branching, and rooting at the nodes. Leaves are small, oval, opposite, and have margins that are toothed from below the middle of the leaf, which is also broadest below the middle. The tip of the leaf is pointed. Flowers form as single flower head at the tip of a long stalk, usually rising above the mat of foliage. Flowers are purple to pink to white, with a dark center of disc flowers and lighter ring of ray flowers.

A perennial with rooting from the prostrate stems. Physical removal of large mats is unlikely to succeed if stem sections are left behind.