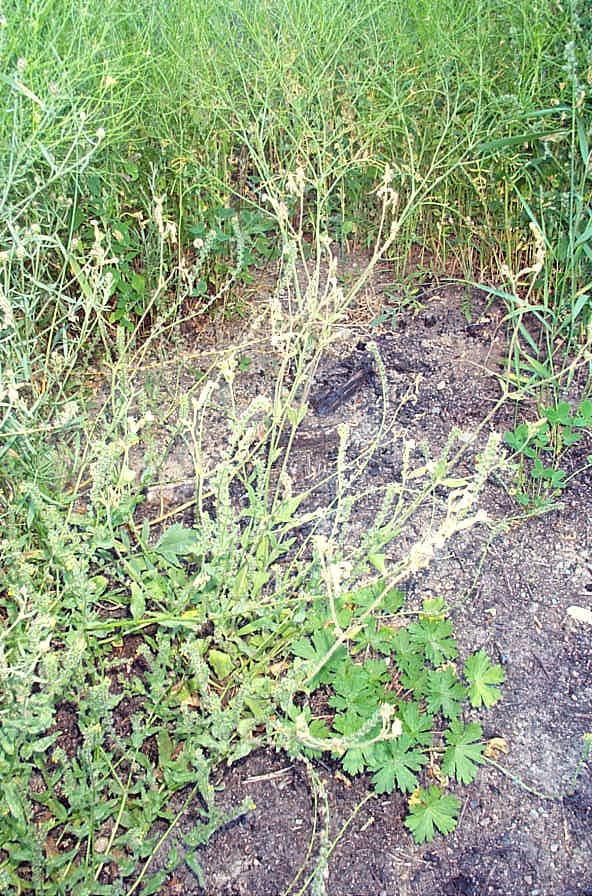 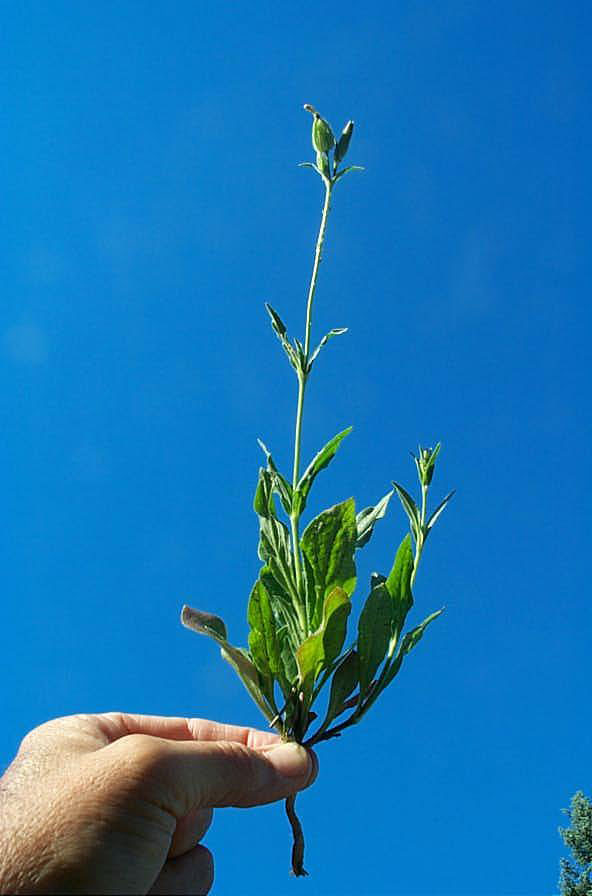 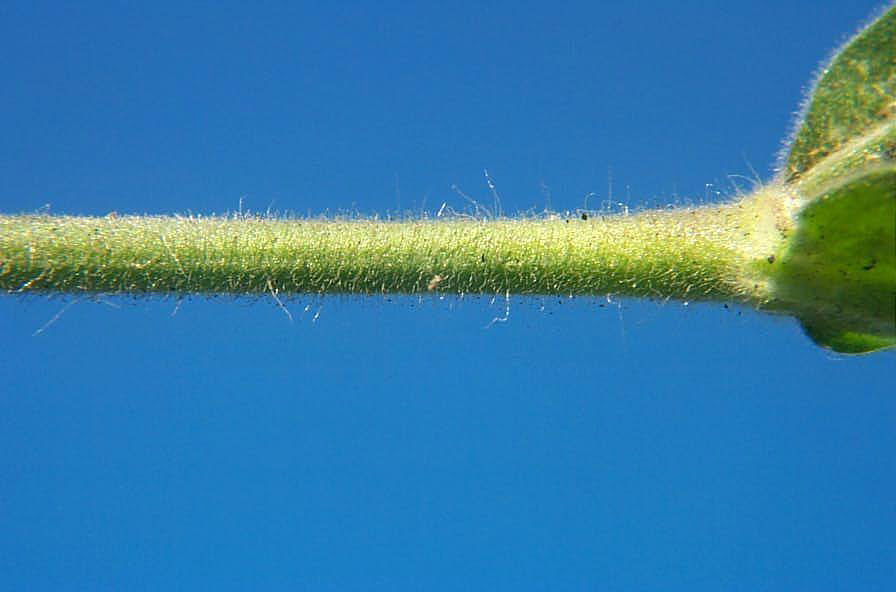 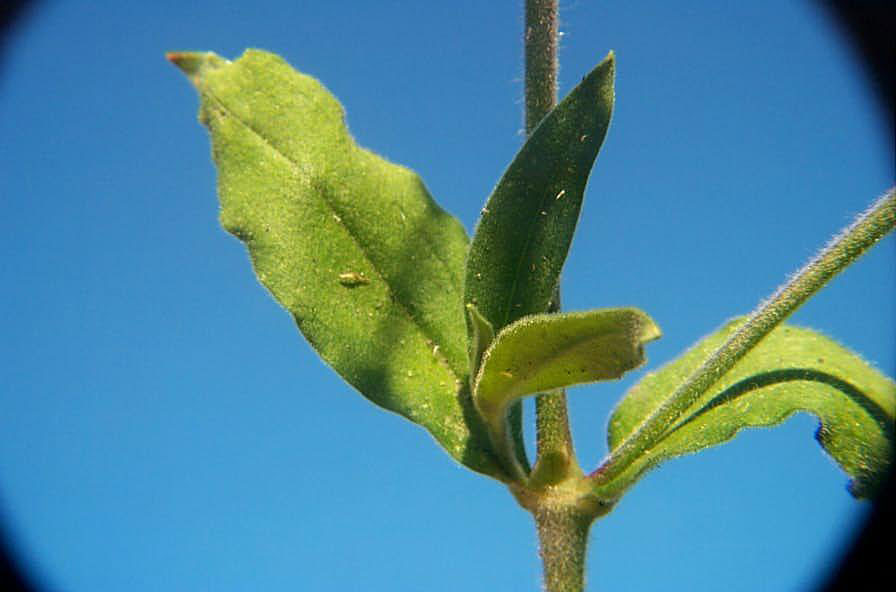 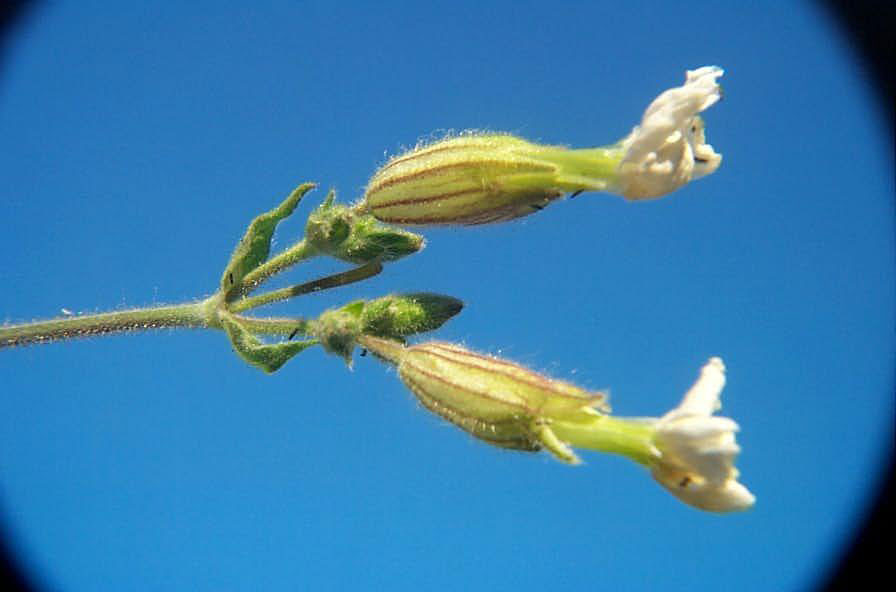 A native perennial that is found sporadically in the western U.S., in California and Nevada.

A perennial that dies back in the winter in cold climates, and new growth emerges from the taproot. Reproduction is by seeds.

An erect plant with stems decumbent at the bases. Stems and leaves tend to be covered with short hairs. Leaves are primarily clustered at the base of the plant, with some leaves emerging from the long, erect stems. Flowers are borne singly at the ends of the stems, and are composed of an elongate, hairy bladder with the white petals emerging from its end. Very similar to white campion, also in this family.

Generally grows in locations where it is not considered a noxious weed.