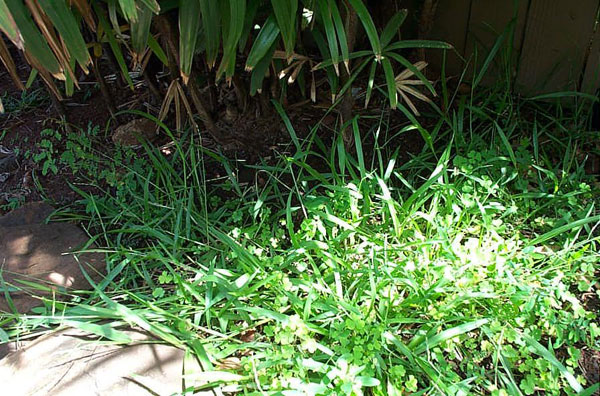 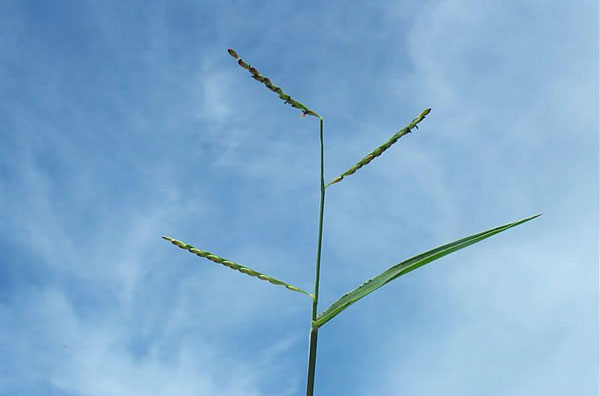 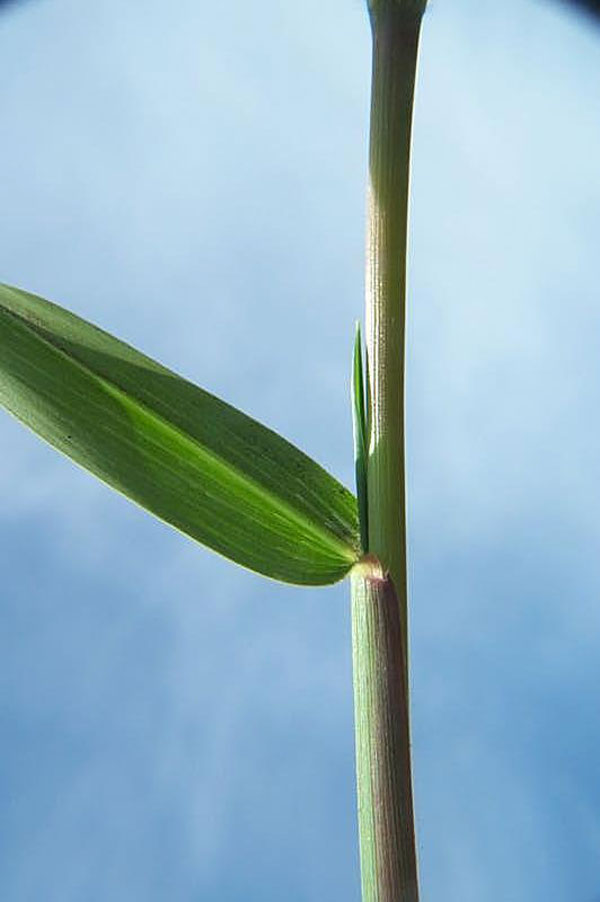 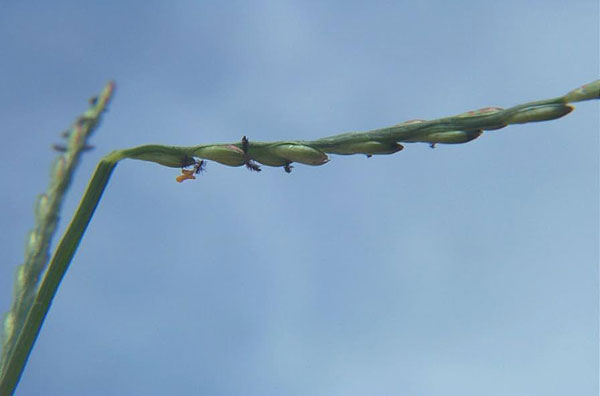 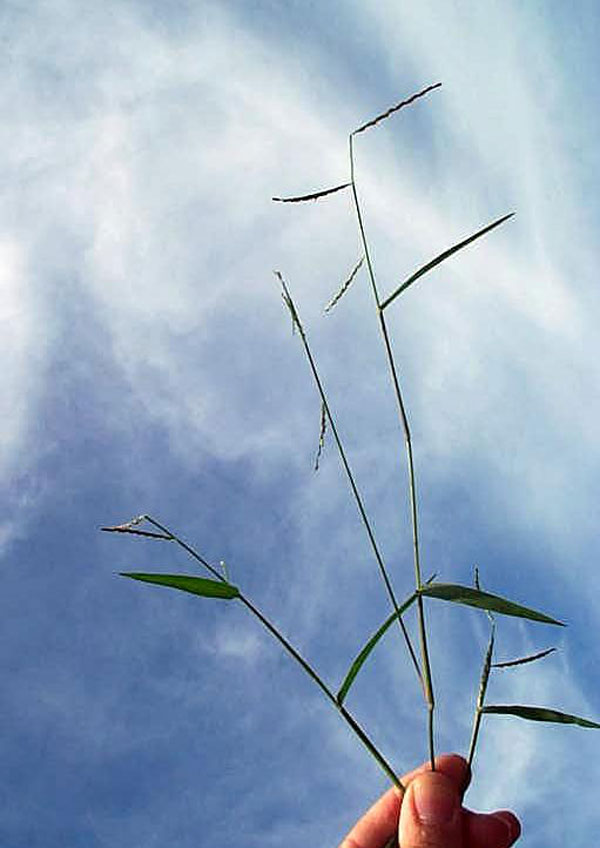 Native to Africa or possibly South America as well, but found throughout the world due to its introduction as a forage grass. It is considered a principle to serious weed pest in crops in many countries of the world.

A perennial grass that reproduces from seeds, but spreads with wide, creeping stolons that root at the nodes. It is widely used as a forage crop for pastures, but can be very invasive in cultivated crops, along roadsides, and in disturbed sites. It prefers moist soils and grows profusely in swampy conditions, but it tolerates severe drought conditions as well.

Plants are spreading due to the invasive stolons, with stems that may grow as high as 8 feet, but perhaps up to 15 feet in length due to the trailing and twining habit along the soil. Dense masses of this plant are formed, crowding out other vegetation. The joints along the stems, as well as the sheaths at the leaf base, are hairy. Leaves are broad and up to 12 inches long with stiff hairs at their base. The flowering spike is up to 12 inches long at the end of the stem, and is divided into numerous open spikelets formed alternately along the upper stem. These are green, but turning purplish as the flowers mature.

A systemic non-selective herbicide will be effective in killing this plant, including the spreading stolons. Hand removal is not likely to be successful due to breaking off or reproductive parts.