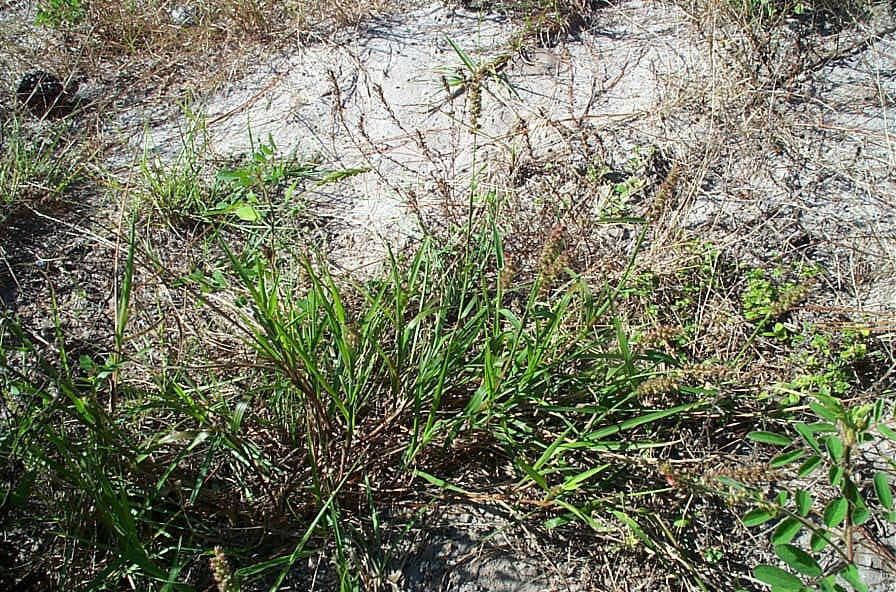 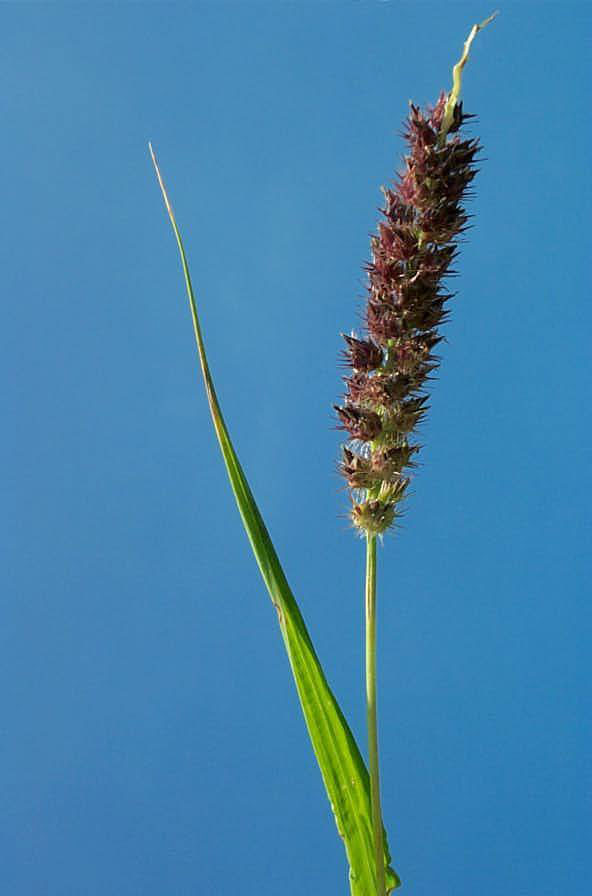 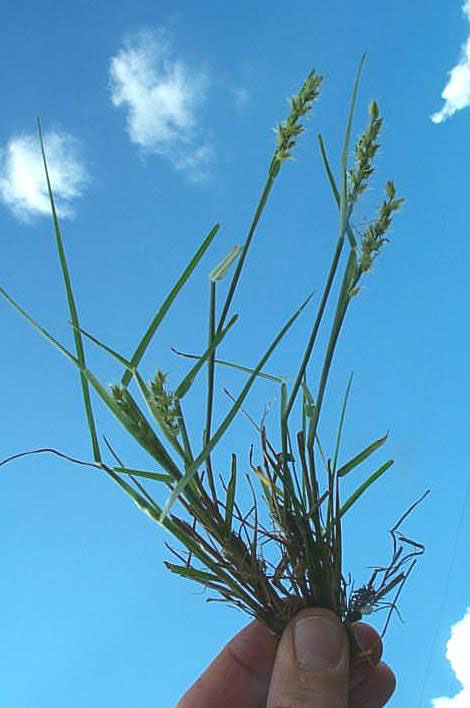 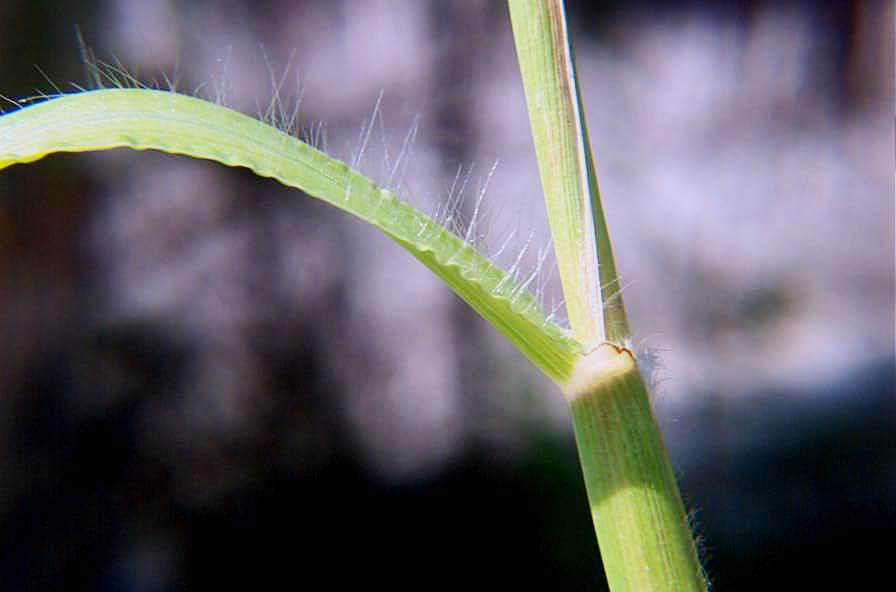 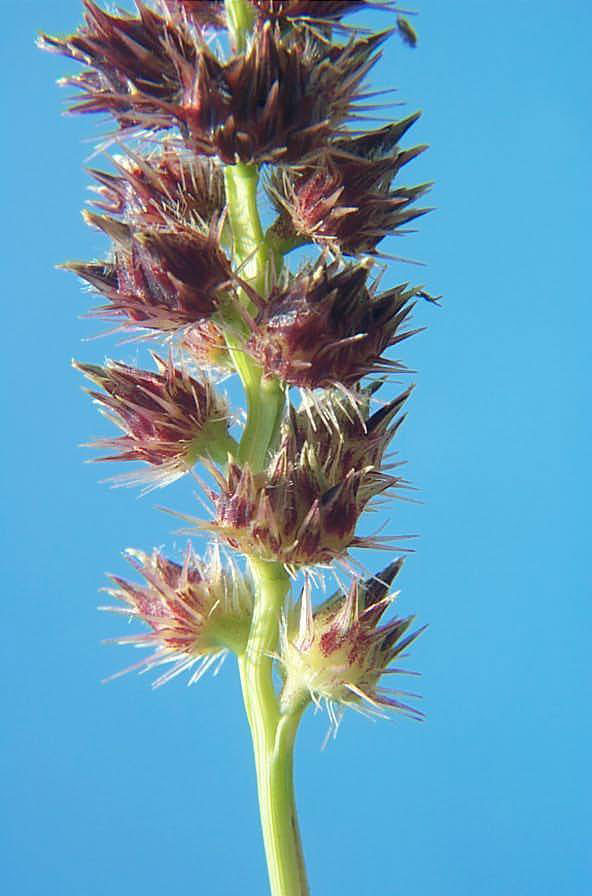 Found throughout the southern half of the U.S. from the east coast to New Mexico, south throughout Latin America, in Hawaii, as well as Africa and parts of Asia.

A summer annual weed, forming small clumps with many stems. Propagation is from seeds which form in late summer and into the fall. Usually a weed of disturbed, open areas. Seeds easily are transported on clothing or animal fur.

Stems may be reddish near their bases, and some may bend over to the soil where they can root from the nodes. Leaf blades are smooth to slightly rough textured, and a ligule formed by a fringe of hairs is present. The seed head forms as an elongate spike with many spiny burs along it, the spines being pink to reddish. At the base of the bur the spines form a ring.

Maintenance of healthy turf will help to prevent establishment of the weed, and use of pre-emergent herbicides may be effective as well.