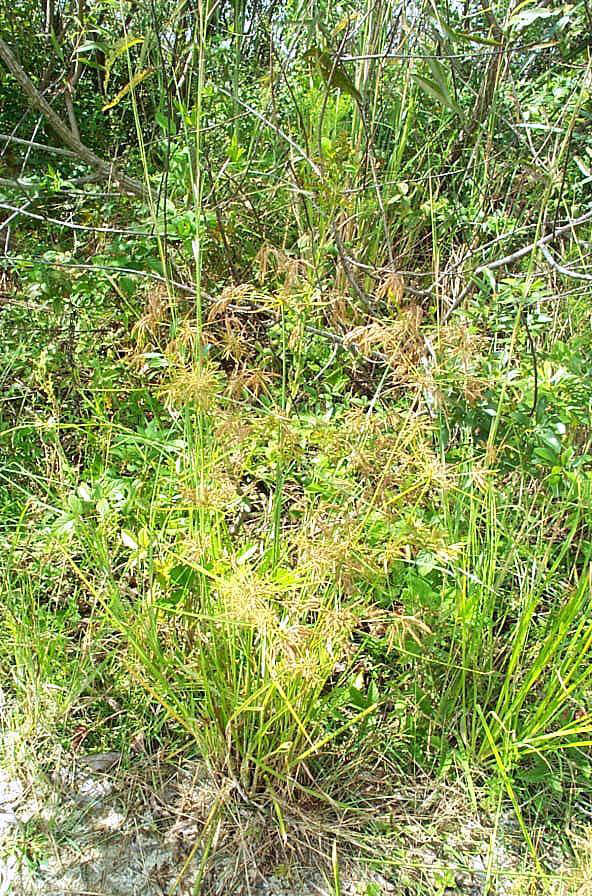 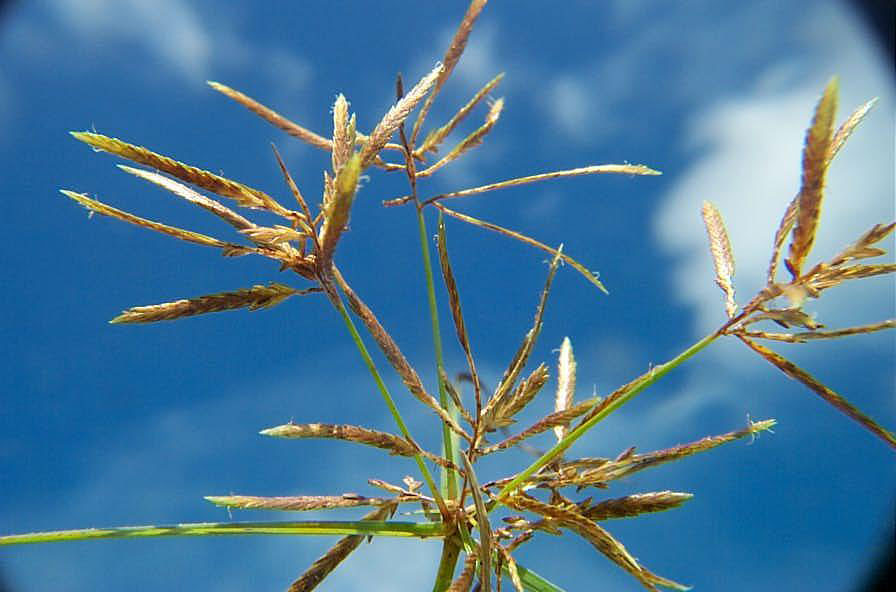 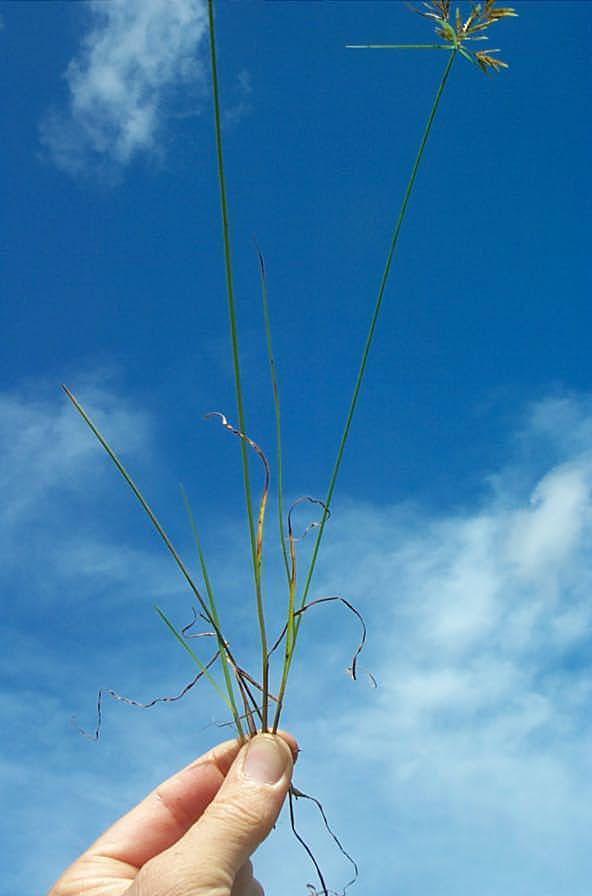 A native plant in North America, and found widely from California to the entire east coast and south into Latin America. It also is found in Hawaii and the West Indies.

An annual weed in cooler climates, or sometimes a perennial in warmer areas. Reproduction is from seeds, and plants also spread by underground roots. This is a weed of many habitats, including turf, landscape, and roadsides.

An erect growth habit with plants forming bunches. Foliage is sparse with narrow leaves and very long, narrow stems that terminate with the flower heads. These are flattened spikes about 1 inch long, occurring in open clusters at the ends of long stalks, with several stalks arising from the end of the main plant stem. Each spike of flowers is flattened, narrow, and brown in color.