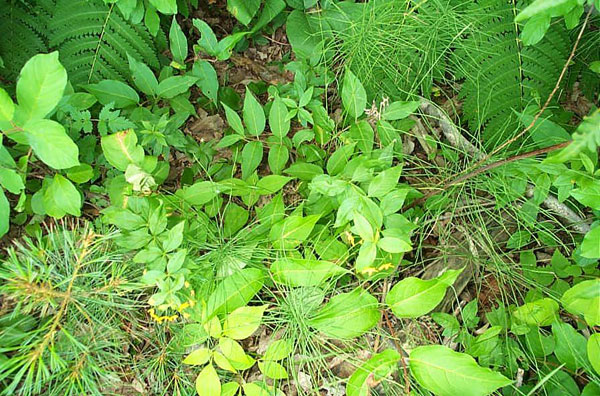 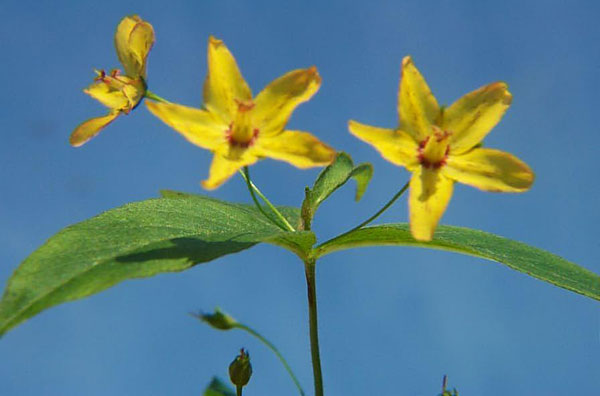 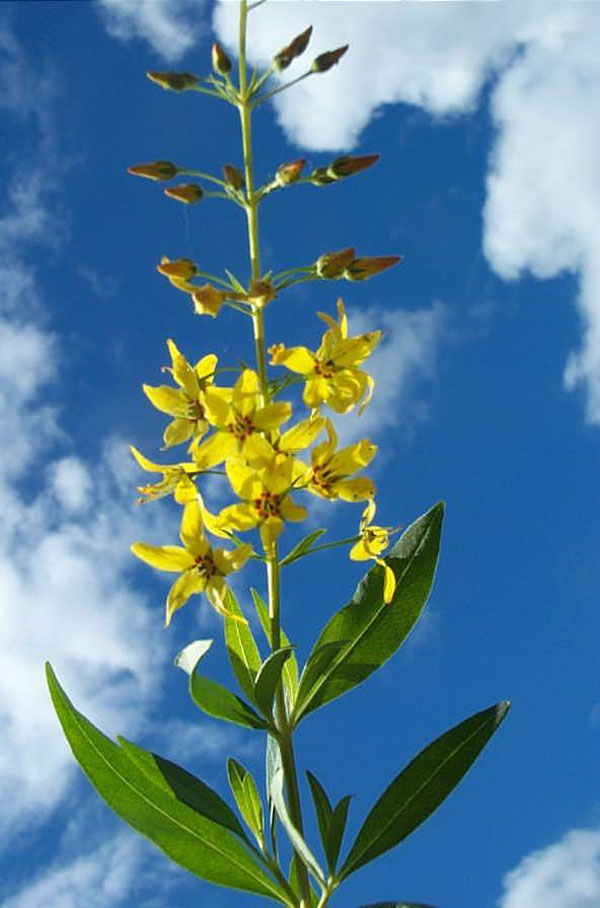 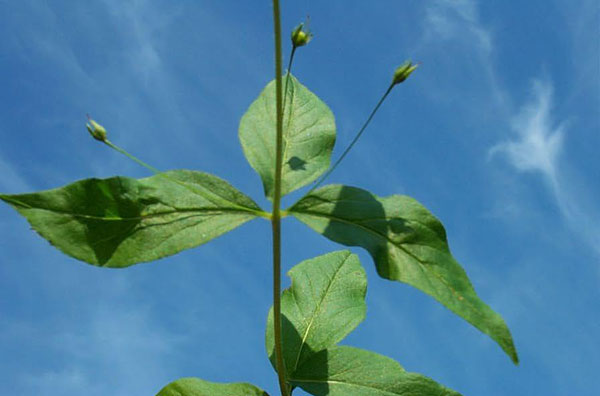 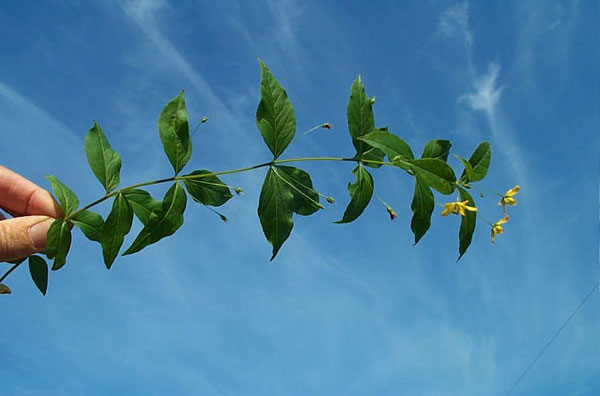 A native of North America that is found throughout much of the eastern half of the continent, except for the extreme southern states where it may be found sporadically. It is a protected species in New York and Tennessee.

A summer-flowering perennial that reproduces from seeds. This wildflower can be found in sunny and wet locations, along roadsides, wet meadows or pastures, and other damp areas.

Mature plants are semi-erect or sprawling, with weak stems over a foot long. Leaves are dark green, lance shaped, and attached to the stems essentially without stalks. They are opposite along the stem, sometimes in a whorl of 3 leaves or sometimes a single leaf. The flowers are produced singly at the ends of long, thin stalks that arise from the leaf axils, new flowers produced at the upper ends as the plant lengthens. The bright yellow flowers have 5 petals that are lance shaped with pointed, curved tips. A reddish patch is at the inside base of each petal.

There is no need to control this wildflower.