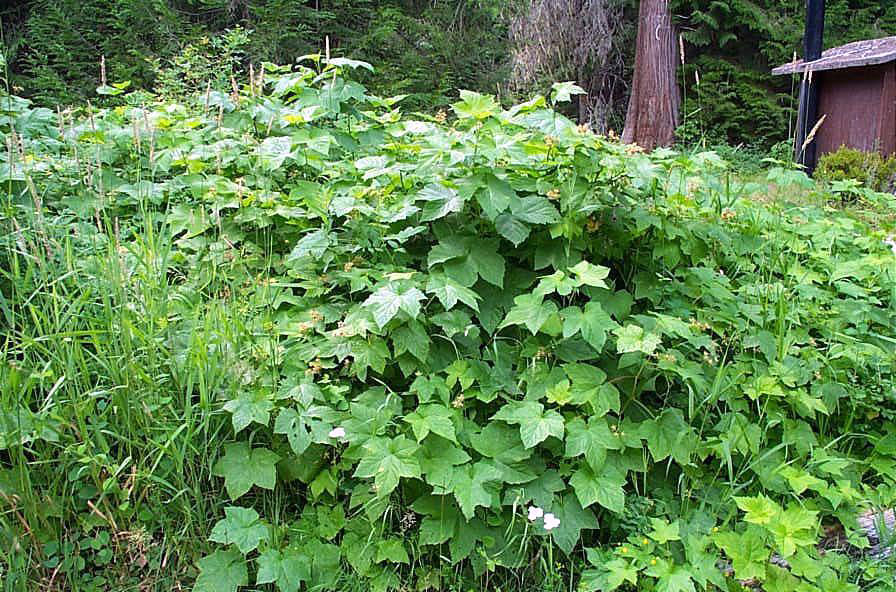 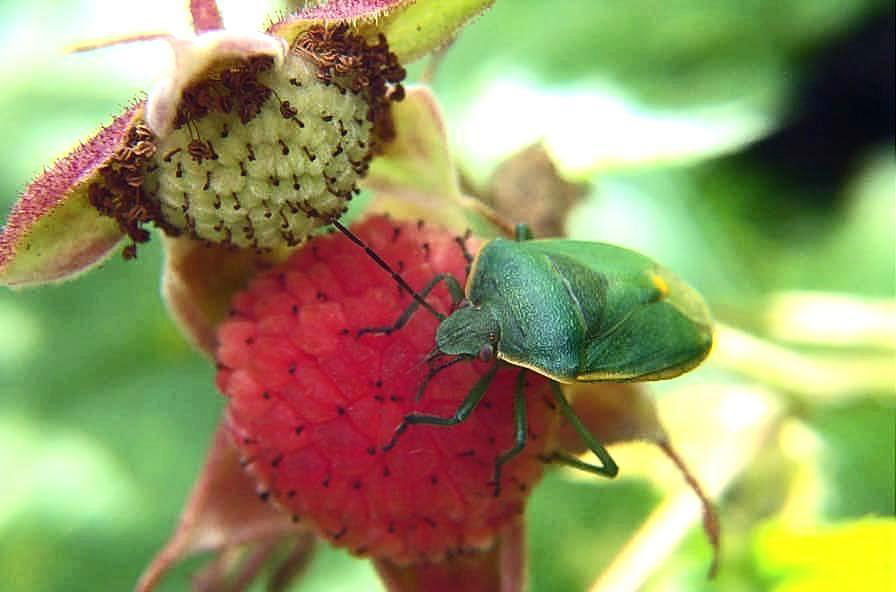 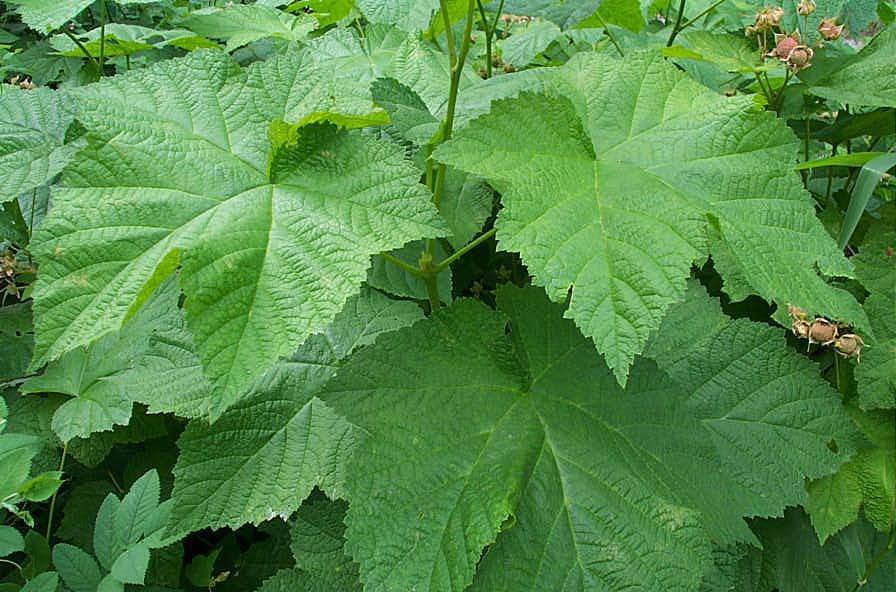 Native to the western United States, and found throughout the Pacific states to the Rocky Mountain states, found in some North Central states of the U.S. and into Canada, and populations exist in the New England area.

An important plant in natural ecosystems, where the large berries serve as a food resource for animals. In natural settings this plant is not a problem, but in disturbed habitats it may grow rapidly and become an invasive problem, such as in cleared pastures or tree plantations. It is found primarily in cleared areas of confer forests, such as along roadsides, stream banks, or forest edges. It is a perennial shrub which loses its leaves in the winter.

Mature plants grow to over 6 feet in height, in solid stands of plants that are upright on stout stems. While it is related to and similar to blackberry, this plant has no thorns and has a soft texture to the leaves, which may be nearly a foot in length, very wide, and lobed in a maple leaf fashion. The berries are red when mature, and in clusters of from a few to a dozen berries, with a soft pubescence over them and a round but squat shape.

Generally no need to control this plant, and if it is growing where it is not wanted it can be treated with a systemic herbicide to eliminate the root system.