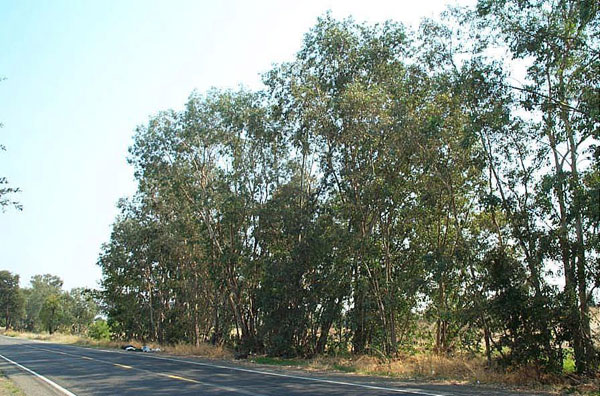 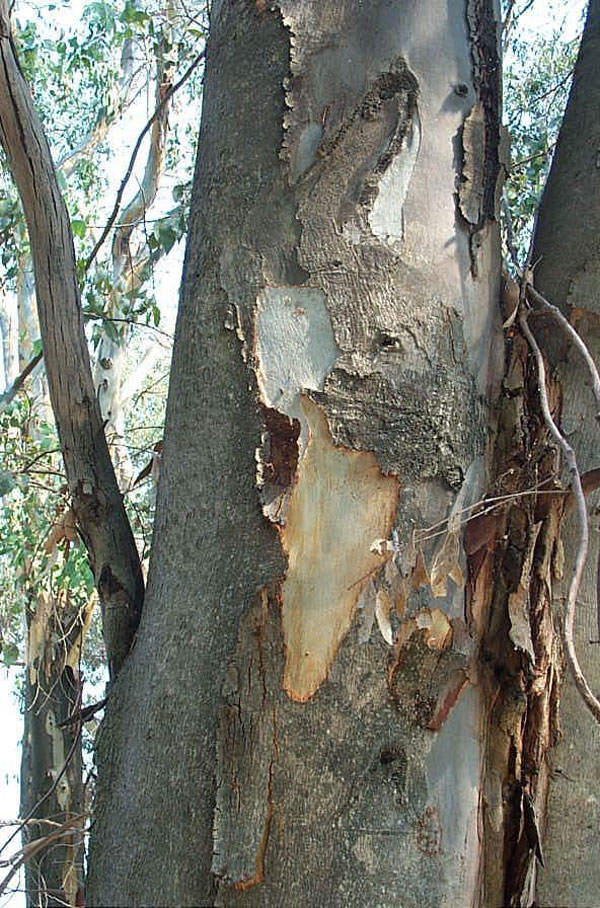 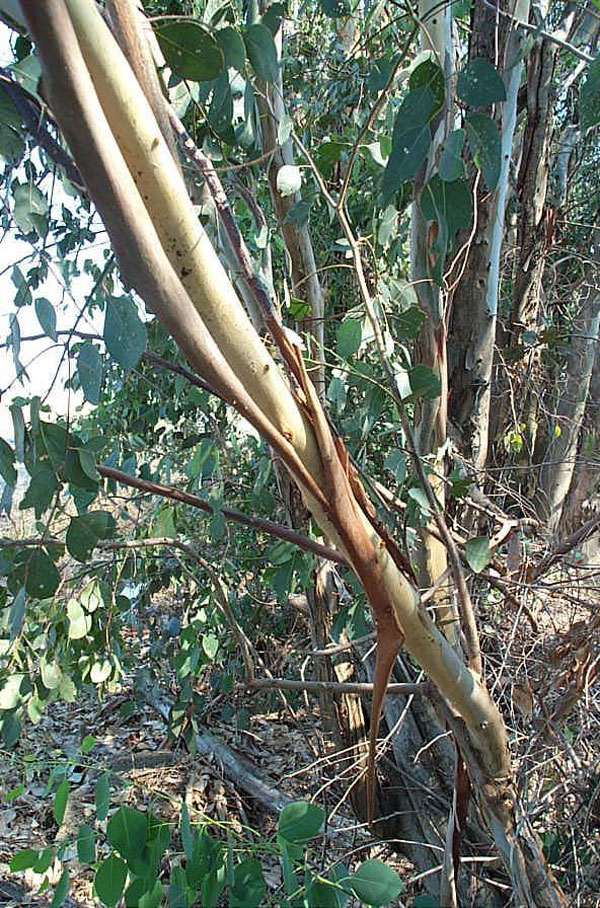 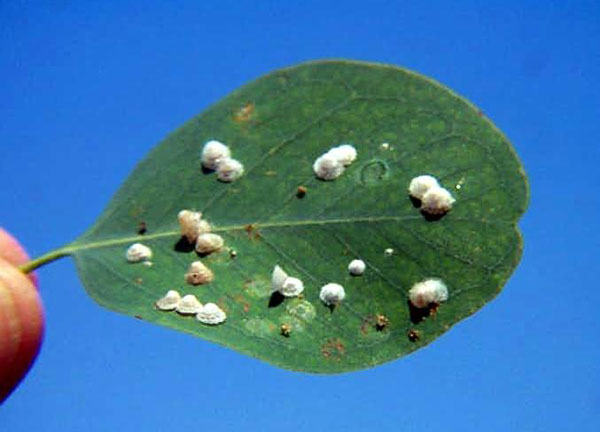 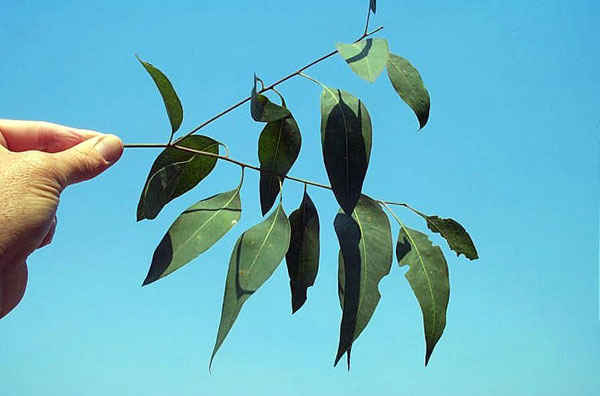 Native to the Australian Region, but imported centuries before for their value in landscape and for planting where tree cover is desirable in dry climates. Seedlings and sprouts are extremely invasive, and many areas of the western U.S. now have thick stands that eliminate native vegetation.

Perennial trees of a great many species, with common names given for each kind. Native to Australia where they serve as an important food source for many animals. In the U.S. several recently imported beetles attack the bark, potentially killing large trees. A psyllid pest also attacks the leaves, creating serious problems with sticky residues below. Reproduction is from seeds, but a flush of new growth will occur from severed stumps.

Mature trees can be extremely tall with massive, thick foliage. Leaves range from oval to very long and pointed. Leaves are thick and tend to exude oils that prevent other plants from growing below them. The bark on many species sheds on a continuous basis from the trunk, often in massive strips that also cover the soil below, decomposing very slowly. Some species have very showy red or orange flowers in clusters, others with less conspicuous white or yellow flowers. Seed pods are hard and nut-like, and also fall to the soil to remain for long periods.

Trees will need to be physically removed and the stumps treated with a registered herbicide to eliminate new sprouts.