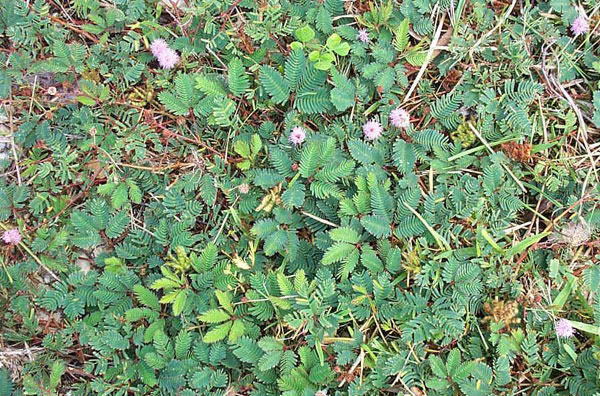 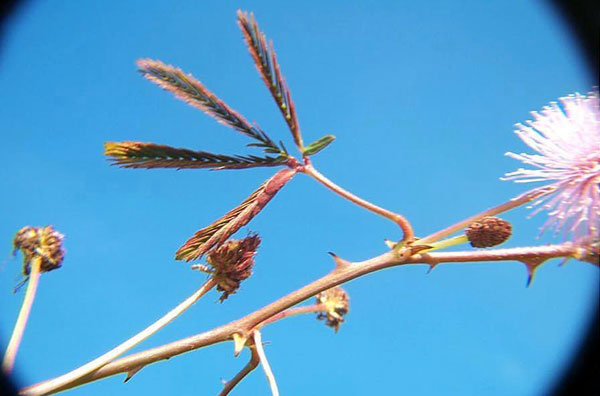 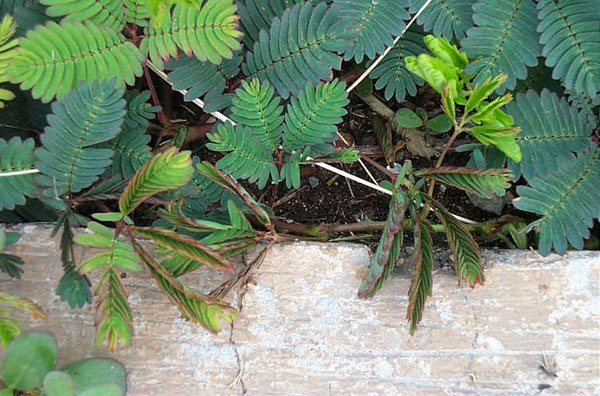 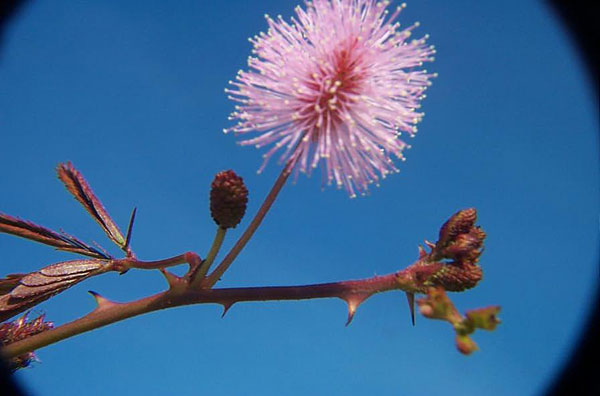 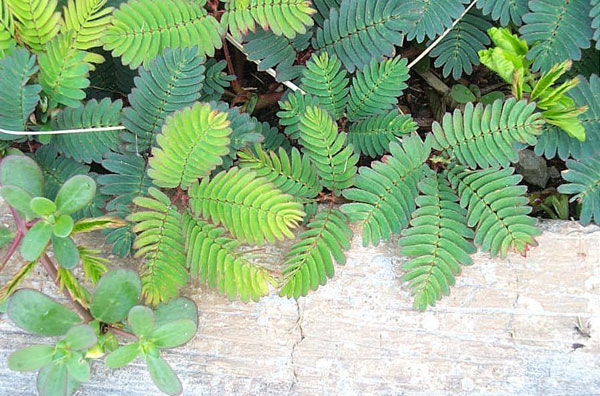 Native to tropical areas of North and South America, but now spread widely throughout the world. It is found in Florida and a few coastal states north of Florida, as well as commonly in Hawaii and the West Indies.

This is a perennial plant in warm climates, and an annual in cooler climates, reproducing from seeds. It spreads quickly with rapid growth, rapid germination of seeds, and rooting at the nodes of the prostrate stems. A fascinating feature is the ability for the leaves to instantly fold up when touched. This is a problem weed in turf, where its mat-forming growth crowds out desirable turf. Stems are spiny and roots tough, resisting physical removal.

Mature plants spread widely to several feet across, but remain prostrate and mat-forming. Stems are reddish and lined with sharp thorns. Leaves are oblong-oval and divided into from 12 to 25 pairs of lance-shaped leaflets that fold together when touched. Flowers are a showy pink cluster of many hundreds of long stamens protruding in a bottle-brush manner. The seed pods are elongated and flat, and the margins are armed with sharp prickles.

A systemic herbicide is most effective in controlling this weed, although physical removal may be effective for small infestations.