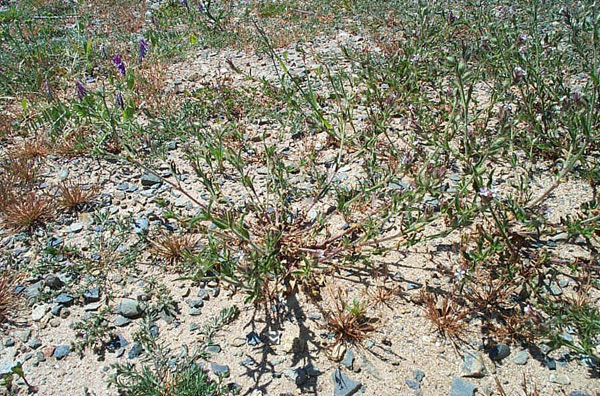 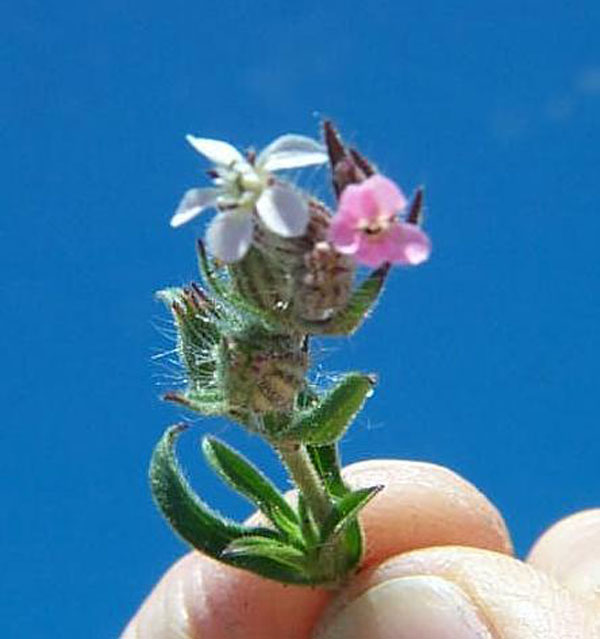 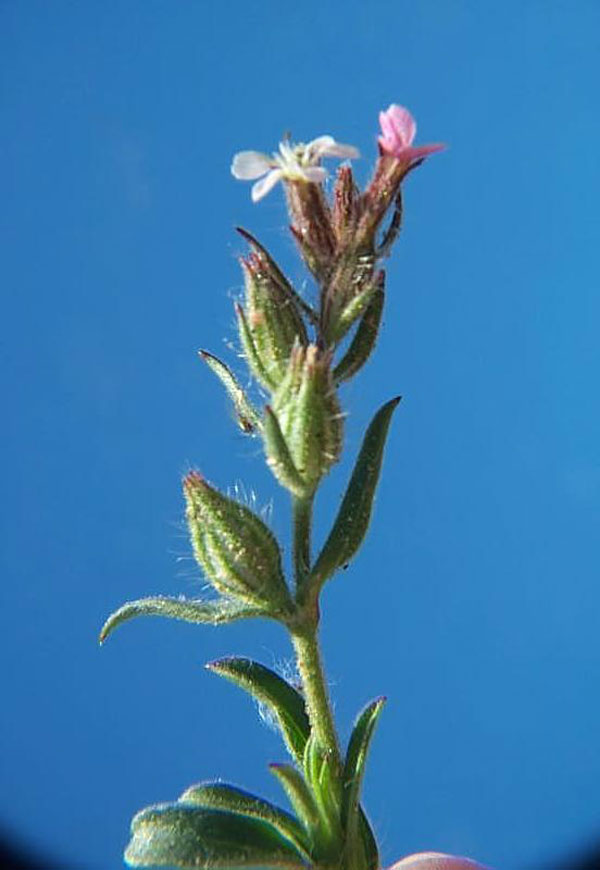 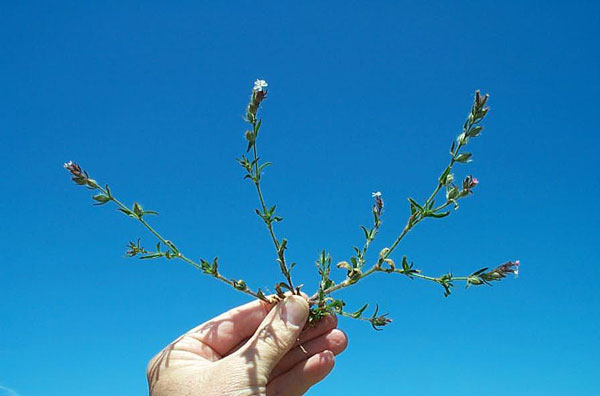 Native to Europe but now widely distributed in the United States.

An annual weed that can be found infesting most habitats, from crops and orchards to vineyards, landscaped areas, roadsides, and sandy waste lots. Growth is from seeds that germinate in early spring, and plants mature from early summer to the fall.

Mature plants may be up to 2 feet tall, with single stems or more commonly with stems that have several thin branches. The stems are long and have only a few small pairs of leaves on each stem. Stems and leaves are hairy and sticky to the touch. Flowers arise in small groups from the base of the leaves, usually along one side of the stem or along the side of the elongating stem above the leaves. The green calyx that is below the petals is tubular and swollen in appearance, enclosing the base of the flower. The small flower has 5 open petals and color ranges from white to pink to reddish on the same plant.

Seed production from one plant can be heavy, and with seeds germinating early in the spring pre-emergent controls must be placed early.