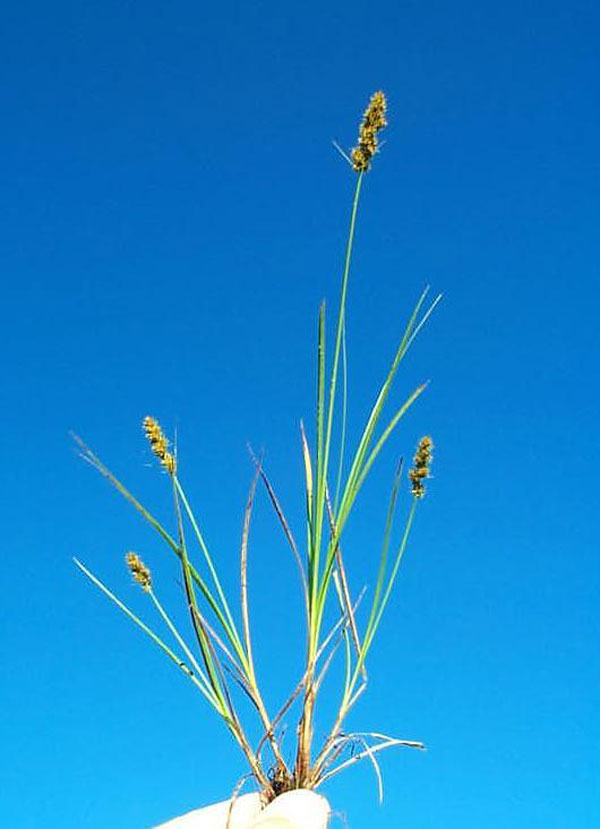 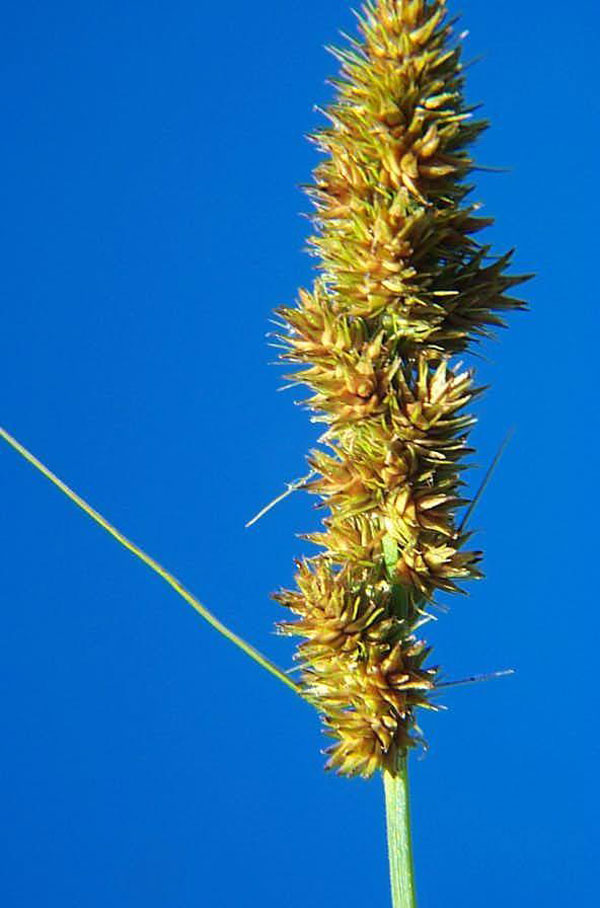 Native to North America, and found in nearly every state from coast to coast as well as throughout southern Canada.

A perennial sedge, reproducing from seeds. Plants die back in winter and re-sprout from the roots each year. Found in many habitats along roadsides, disturbed areas, and along banks of waterways. A moderately useful forage plant.

Mature plants generally are under 3 feet in height, with one to several stems arising from the base, and with long, V-shaped leaves arising from the basal fourth of the stem and growing erect and nearly parallel with the stem. The flower head is a series of dense, oval, spiky clusters closely aligned along the top of the stem in a spiral arrangement. These clusters turn brown as they mature, and will create a spike around 2 inches long.

A systemic herbicide will be necessary to kill all plant parts, and a pre-emergent will aid in preventing growth from the many seeds.