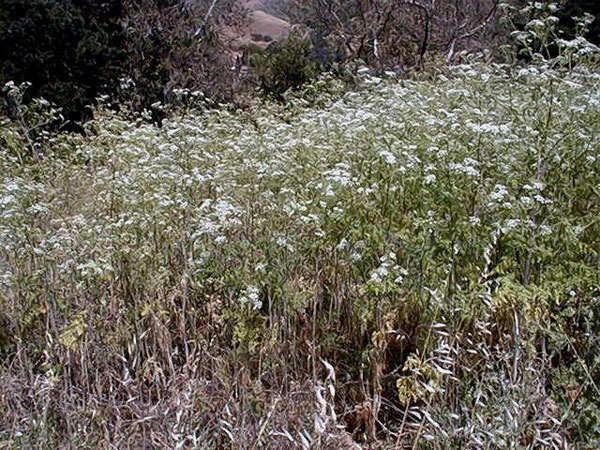 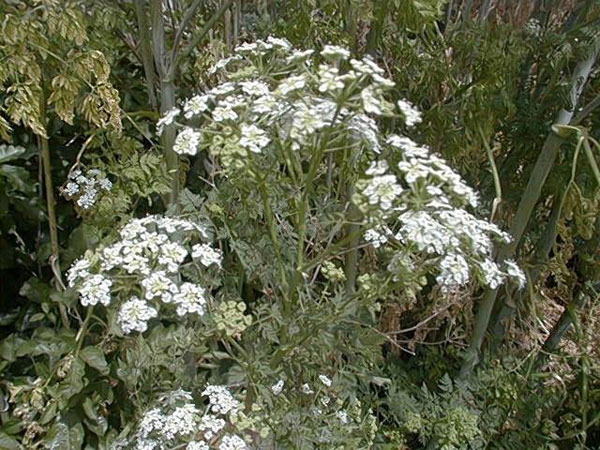 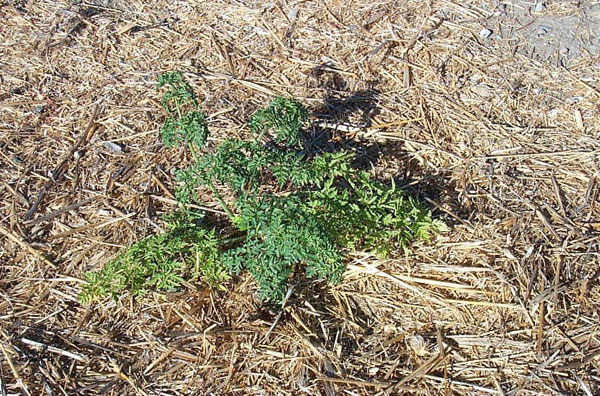 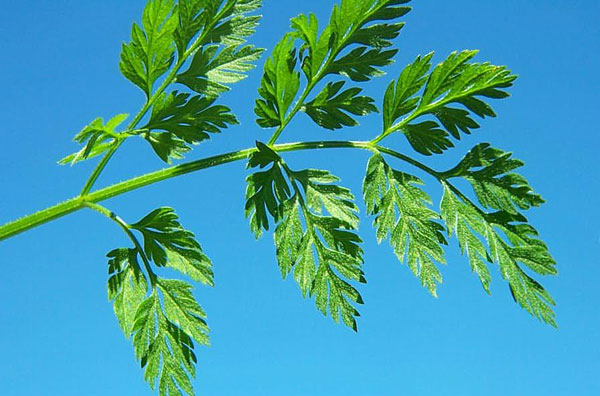 A native of Europe, but now spread widely and commonly throughout the United States and southern Canada.

A biennial that forms the basal rosette of leaves in the first year, and the second year sends out long, erect stalks that may get over 7 feet tall. Propagation is only from seeds. All parts of the plant can be highly toxic if ingested, as they contain toxic alkaloids. When crushed, plant parts have a pungent, disagreeable odor, and are generally avoided by animals. Humans, especially children, may mistake the plant for edible plants and eat parts of it.

Mature plants in the second year may have weak stems as tall as 10 feet, with large, wide, flat clusters of flowers at their ends. Stems are thin and extensively branched, hollow, smooth, and covered with purple spots. Roots are large, fleshy, and similar to a parsnip taproot. Leaves are deeply divided into 3 to 7 lobes, and these lobes are further deeply divided to a number of leaflets that have toothed or wavy margins. Flowers are white, small, and arranged in loose, flat-topped clusters. There are many clusters due to the extensive branching of the stems.

A biennial producing seeds the second year. Reproduction is only from seed. While it will grow in any soil type it is partial to rich, moist soils.