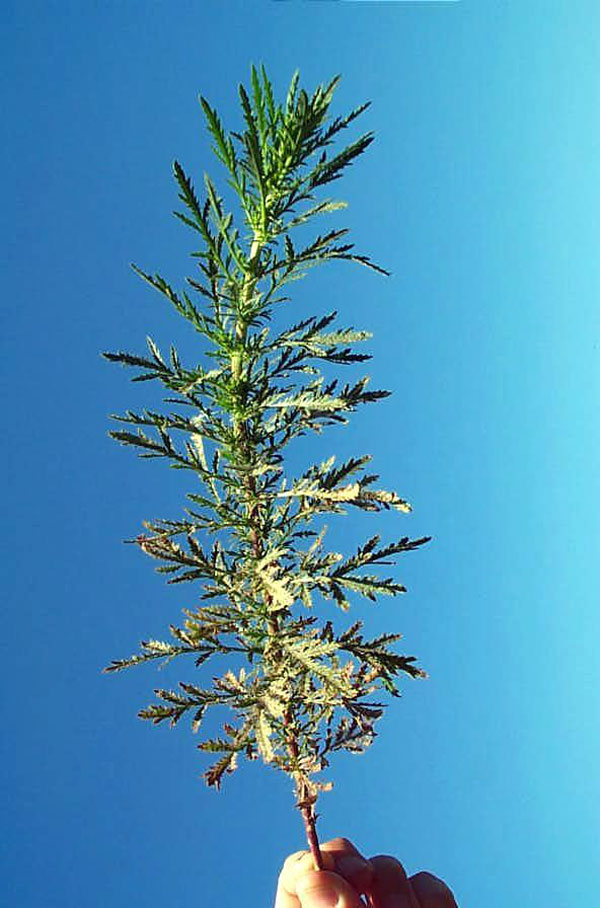 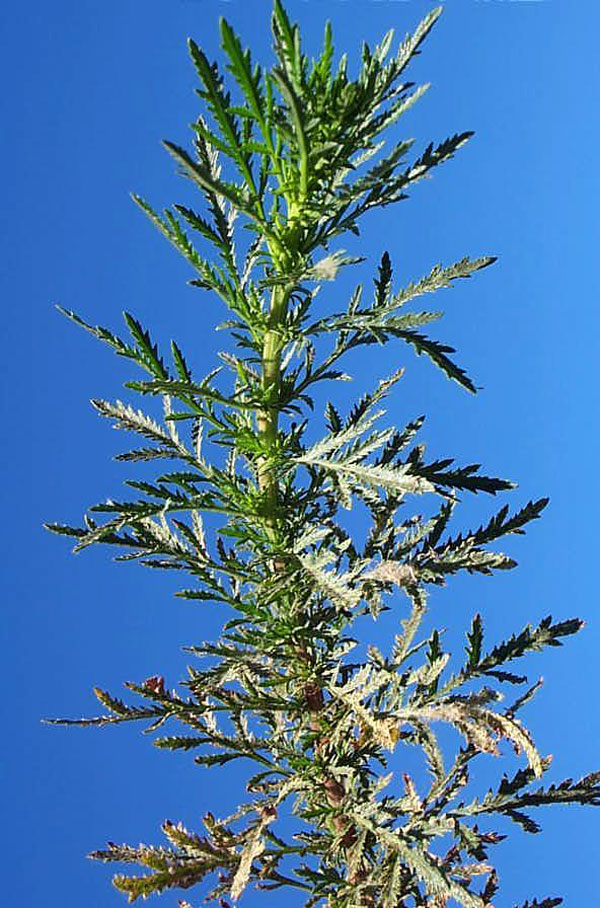 Native to the western United States and found commonly from Colorado to the west coast and north into Canada.

An annual or biennial plant that reproduces from seeds. It is found most commonly near aquatic environments such as streams or lakes. The first year of growth may result only in a rosette of leaves near the ground, with flowering occurring the second year.

Mature plants grow in an upright fashion to as high as 6 feet with thick, almost woody stems. The stems arise from a strong taproot and may branch into several stems near the base. Stems become reddish as the plant matures. Leaves are oval but divided into up to 7 leaflets, each of these being divided again or deeply lobed to numerous lobes. Overall the leaves at the middle or lower areas may be up to 5 inches long. Flowering occurs along the upper half of the plant, as long spikes arising from the base of the leaves on the stem. Flower spikes may be a foot long and contain hundreds of tiny, green to yellowish, inconspicuous flowers. Flowering occurs in the fall.