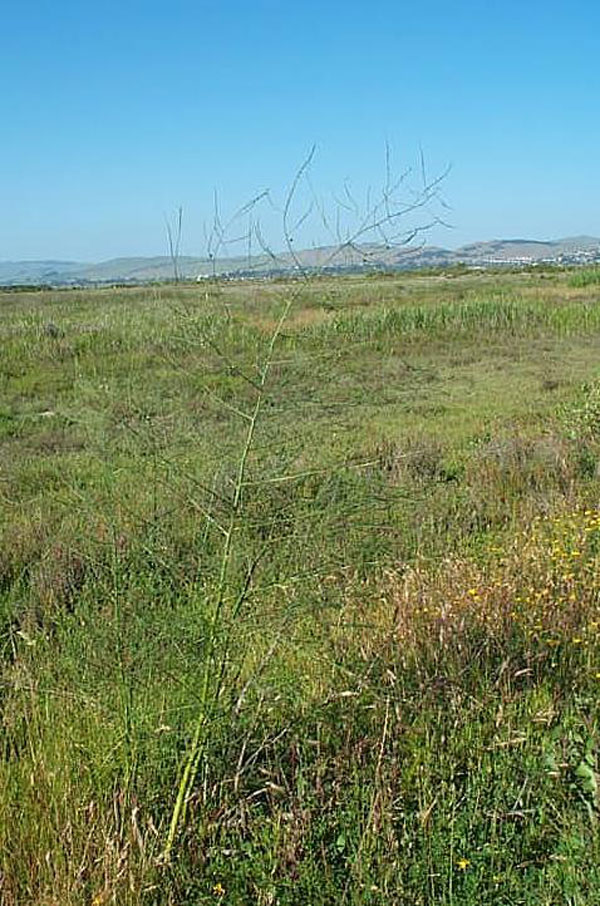 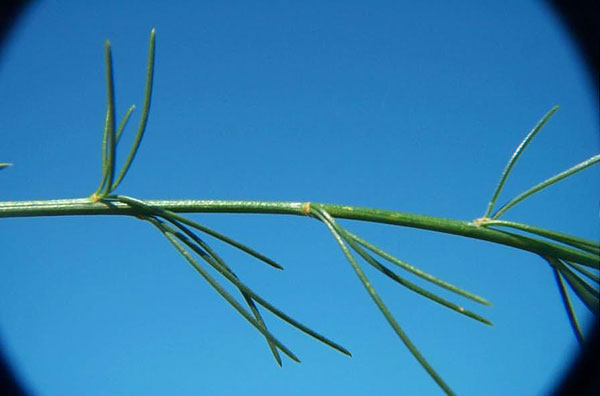 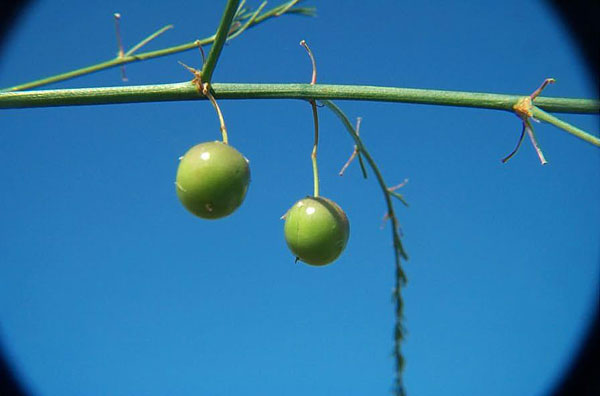 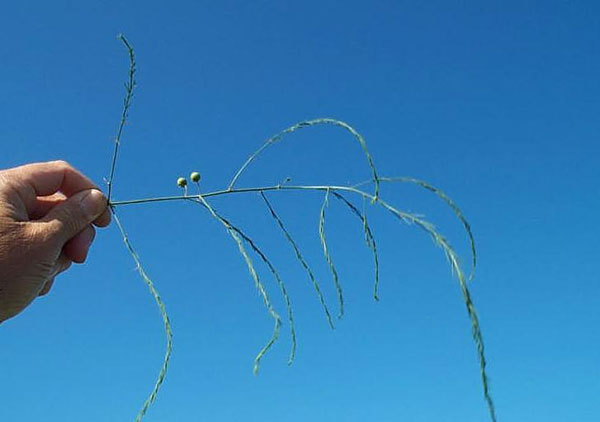 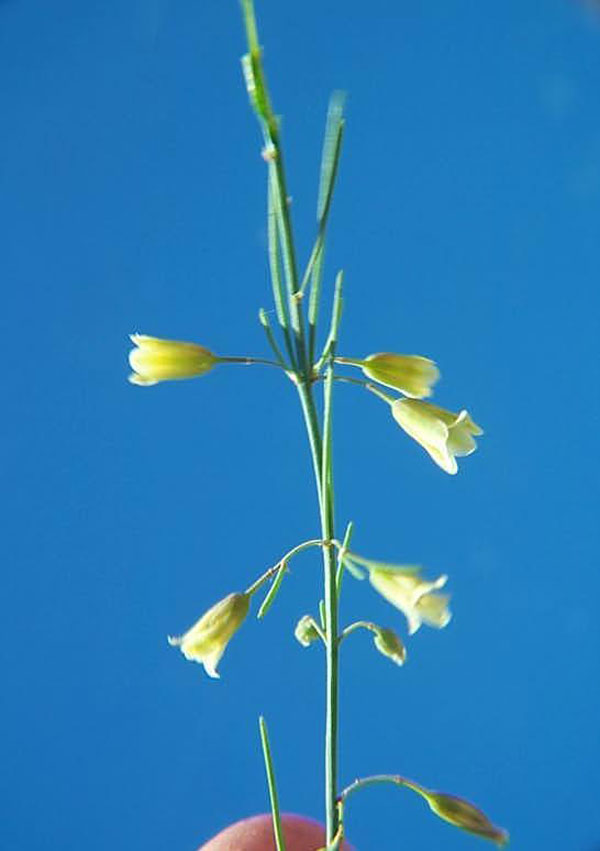 A perennial plant that favors saline soils, where it can be found along roadsides, in ditchbanks, and on other disturbed sites. It also becomes a troublesome weed in orchards and vineyards. The thick rootstock gives rise to the stout young stems which are edible, although there can be a toxic quality to other plant parts, including the berries. Reproduction is from seeds, and the plants also can spread by their lateral roots.

New growth is characterized by a thick, stout stem rising from the soil, with reddish, scale-like tips. If they are not harvested at this point, by the time they are about 6 to 10 inches long, they begin to sprout thin branches from the axils of the scales. These branch a number of times to produce an open, thin stemmed plant up to 7 feet tall. The leaves are simple scale-like formations at the bases and junction of the branches. Small, inconspicuous flowers occur singly at the nodes as small, yellow, bell-shaped flowers. The fruit is a small round berry that turns red as it matures.

The plants may be physically removed if the rootstock is completely excavated from the soil. Early in the growth a systemic herbicide may be effective in killing the entire plant and its underground parts. The foliage dies back in the winter, and new spears appear in the spring.