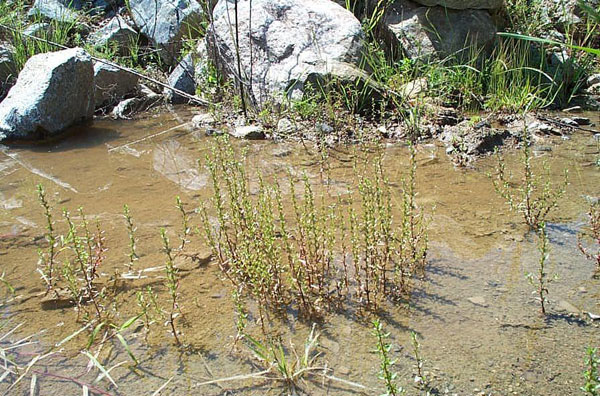 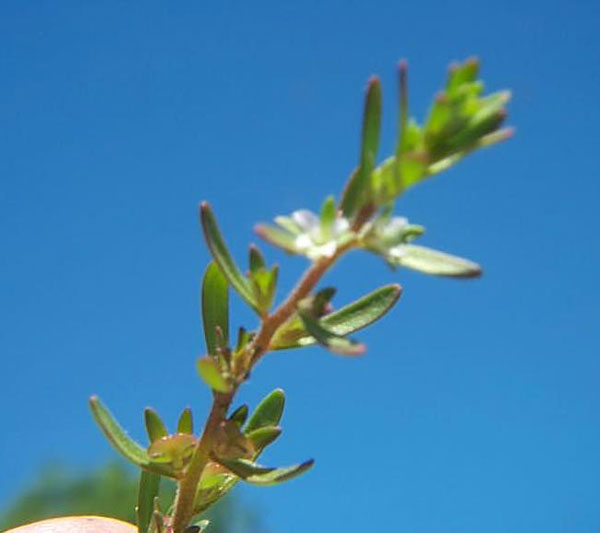 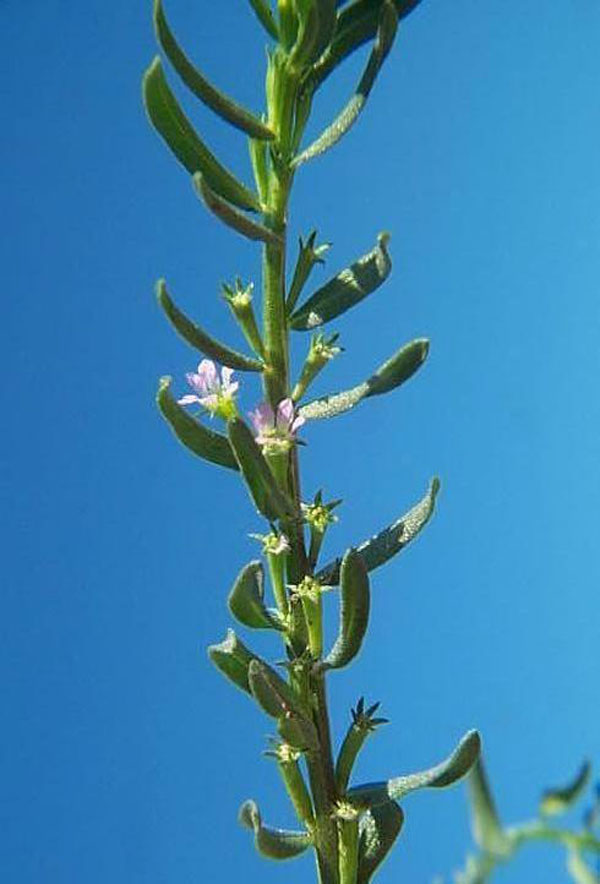 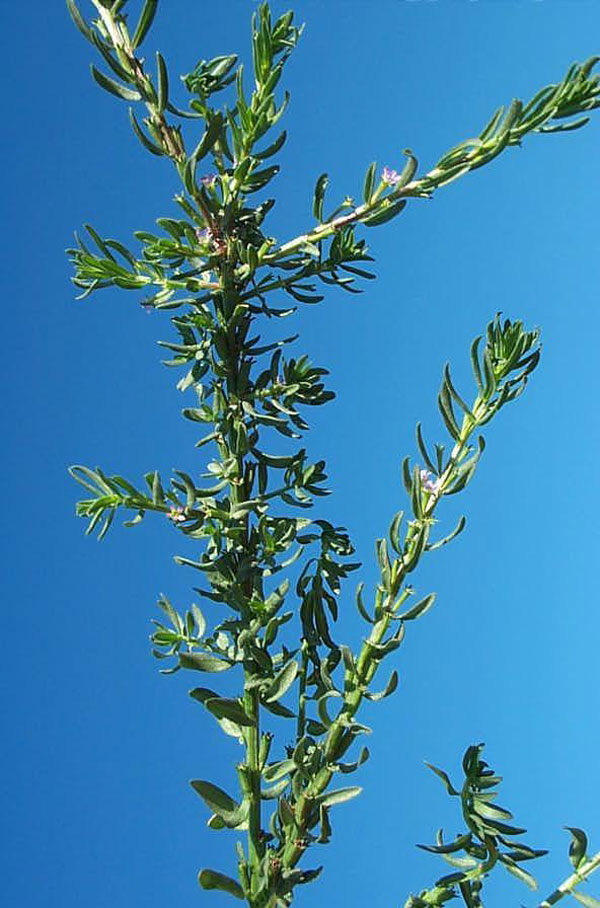 Native to the United States, and found throughout the U.S.

An annual broadleaf weed, found in turf, landscape, crops and orchards, roadsides and waste areas, and irrigation or ditch banks.

Mature plants grow erect up to 1 foot tall, and are sparsely branched in a somewhat spreading habit. Stems have short hairs along them. Leaves are hairless and narrowly oblong, being rounded at the tip and narrowed at the base. The leaves growing near the ends of the stems have no stalks, while those nearer the base have short stalks. Flowers grow from the base of the leaf, and have 4 white to pinkish petals. The petals are tiny and form a point.