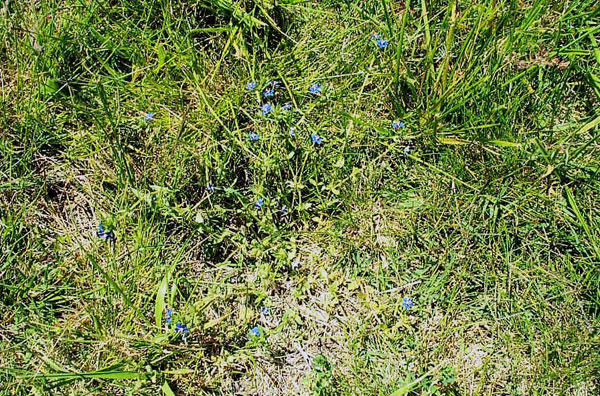 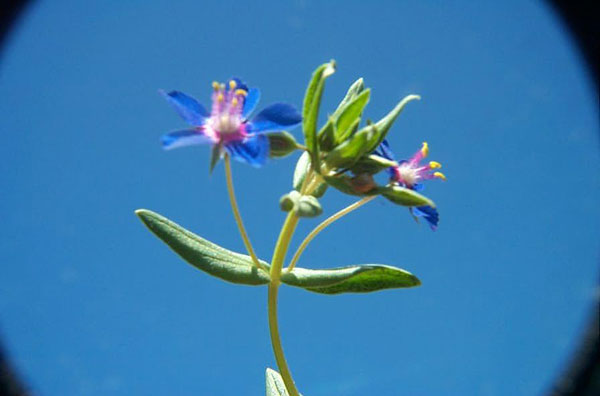 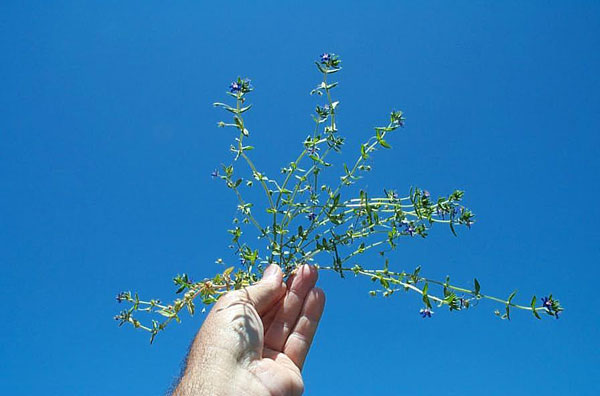 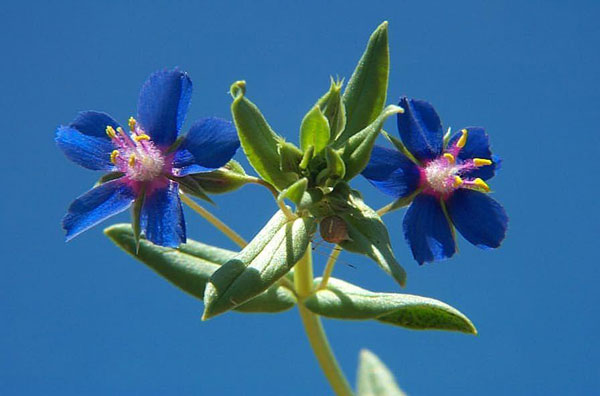 Introduced from Europe, and now distributed across all of the United States, but a particular problem along the Atlantic states and Pacific Coast states.

An annual weed that grows on weak stems that may be prostrate and mat-forming, or ascending and erect. It is many-branched, and as an invader of turf it tolerates close mowing. It also is a pest weed in landscape, and its foliage is reported to be toxic to some animals. Reproduction is from seeds, and seedlings may germinate over many months of the year, particularly in irrigated landscape.

This is the blue-flowered form. Mature plants are generally low-growing and spreading. Stems are distinctly 4-angled and smooth. Leaves are egg-shaped and shiny green, and in pairs or sometimes threes, opposite each other on the stem. They have dark spots on their lower surface. Flowers are present throughout the summer as showy blueish flowers with 5 oval petals. Flowers may be up to ½ inch across and occur as single flowers on stalks that arise from the base of the leaves.

Annual weeds reproducing from seeds, and tolerant of mowed turf. Hand removal is possible. A selective broadleaf herbicide will effectively remove the weed from turf.