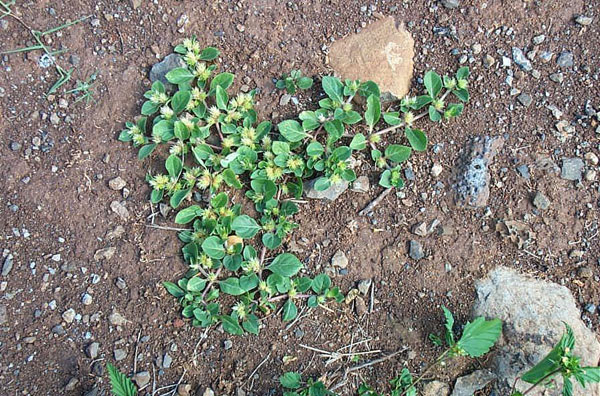 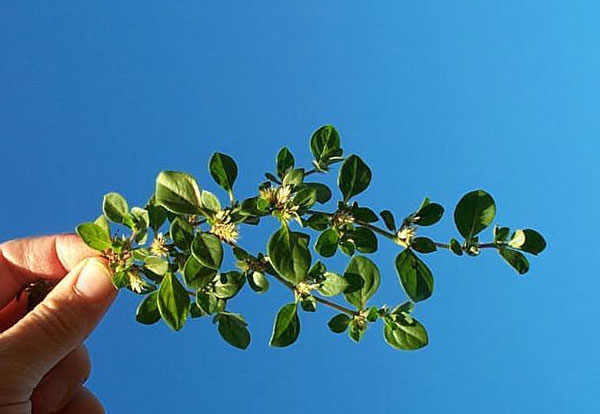 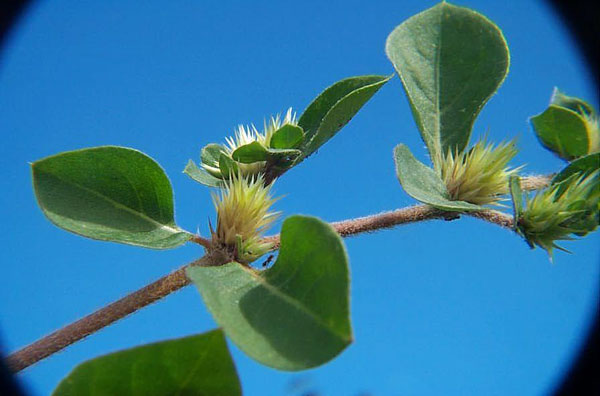 A native of tropical America, this weed is widely spread in warm climates. It is found as a common roadside and landscape weed in Hawaii, and also occurs in the southwest United States and across the southern states to Florida, and then sporadically north to Pennsylvania.

A perennial weed with tough fibrous roots and stems, and fairly extensive root systems. Reproduction is from seeds, but the prostrate stems of the plant also root at the nodes, making it easier for the plants to spread in mat-like habit, with plants up to around 2 feet in diameter.

Khakiweed is a prostrate weed with multiple branches. The purplish stems are covered with short, soft hairs, especially at the nodes. The leaves are opposite and spade shaped to oval, with a dark green, shiny surface and up to 1.5 inches long. The leaves have unequal bases, and opposing leaves often are very different in size. The flowers are small and whitish, and very indistinct, generally hidden with the spiny cluster of sepals at their base at the leaf axils.

In turf a selective, systemic broadleaf herbicide will be effective in killing this weed, while in non-turf settings a non-selective systemic herbicide can be used. Prevention can be attempted with pre-emergent products once the parent plants are removed.