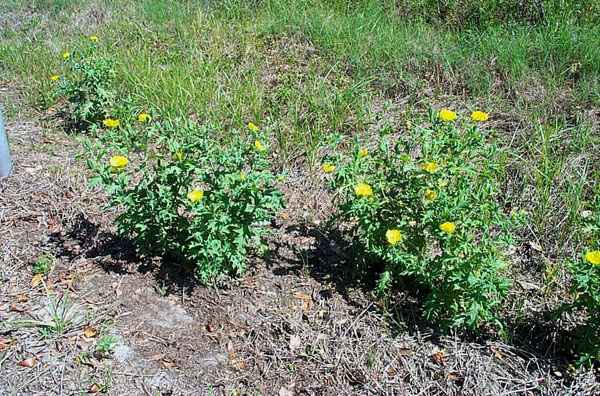 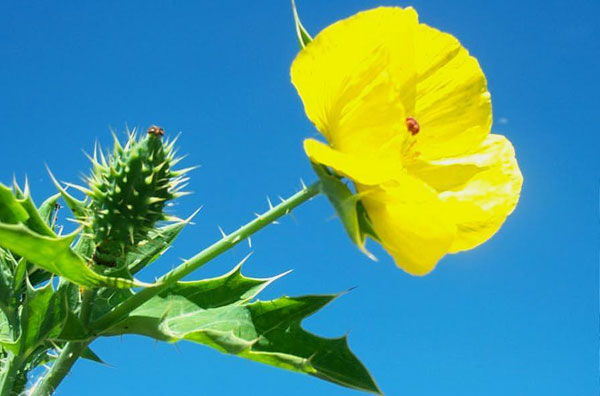 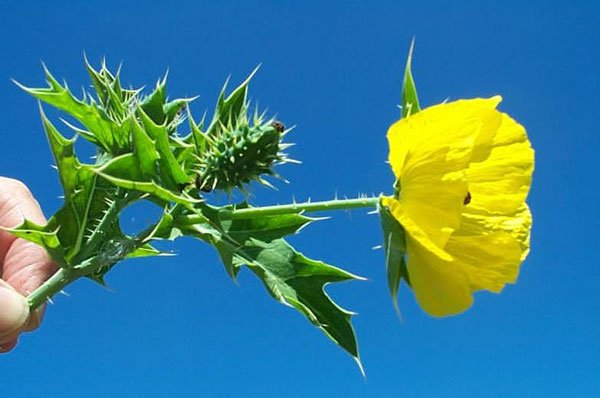 Native to the United States, and found throughout most of the eastern half of the U.S., west to Texas and Arizona, and in Hawaii and the West Indies and south into Latin America.

An annual plant growing in an upright habit to about 3 feet tall. Common along roadsides and in disturbed areas. Plants reproduce from seeds, and all vegetative parts exude a sticky yellow liquid when broken.

Mature plants can be over 3 feet in height, growing erect with multiple stems, and branching in the upper portions of the plant. The stems are smooth but have long, sharp spines sporadically along them. The stems are stiff and fibrous. Leaves also have spines along their deeply lobed margins. The mid-vein is thick and prominent, and lateral veins are a lighter color. All plant parts exude a white sap when broken. The large yellow flowers have 6 or more large petals, and the reproductive parts in the center are prominent. The seed pod that forms is a large, spiny capsule that is egg-shaped and about 1 to 2 inches long.

Physical removal is possible for small infestations, and a non-selective herbicide will be effective for larger problems.