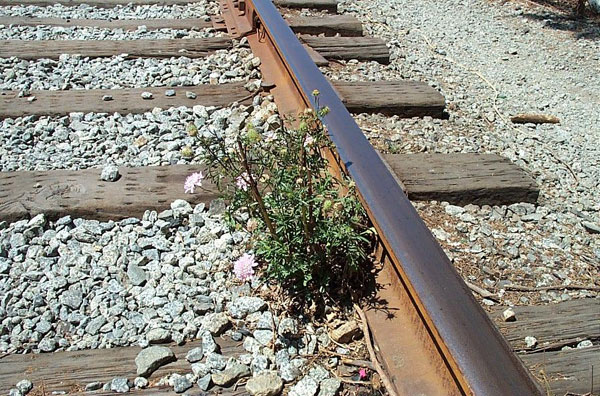 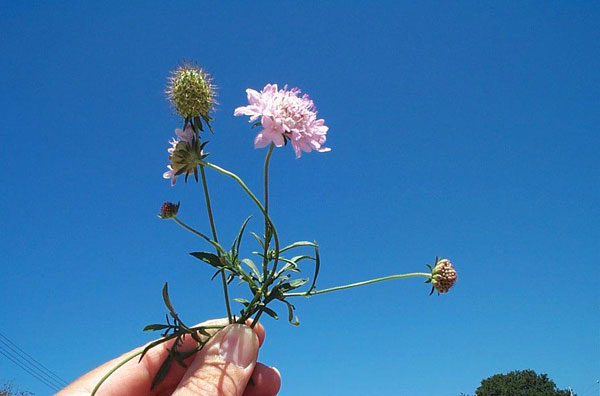 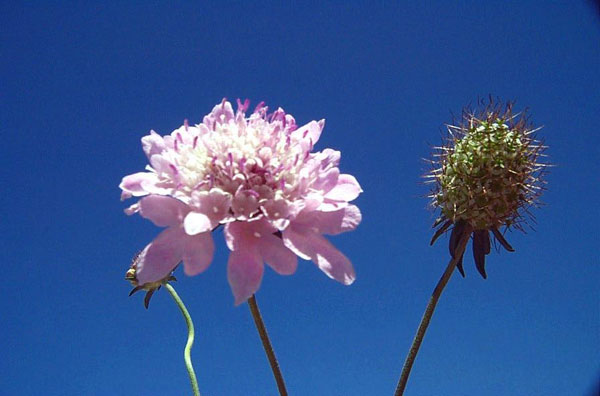 Introduced from Europe as a garden ornamental, but a common escape that is found along roadsides, rights of way, or in other disturbed sites. Now found throughout the northern half of the United States and southern Canada.

An annual or short-lived perennial that reproduces from seeds. Not a serious weed problem, but plants can grow fairly large and may be a problem when growing where not wanted.

Mature plants may be as tall as 3 feet, with several stout stems and multiple branches from these. Leaves are elongate but deeply lobed into 5 to 7 long, narrow lobes that almost separate to the mid-vein. Most of the leaves are clustered at the base, with some also alternate along the stems. Flowers are pink to violet to bluish, and form a flattened , round head of many individual flowers. As the seed pod matures it becomes an egg shaped, bristly pod.

Not generally a problem weed, and physical removal can effectively eliminate it.