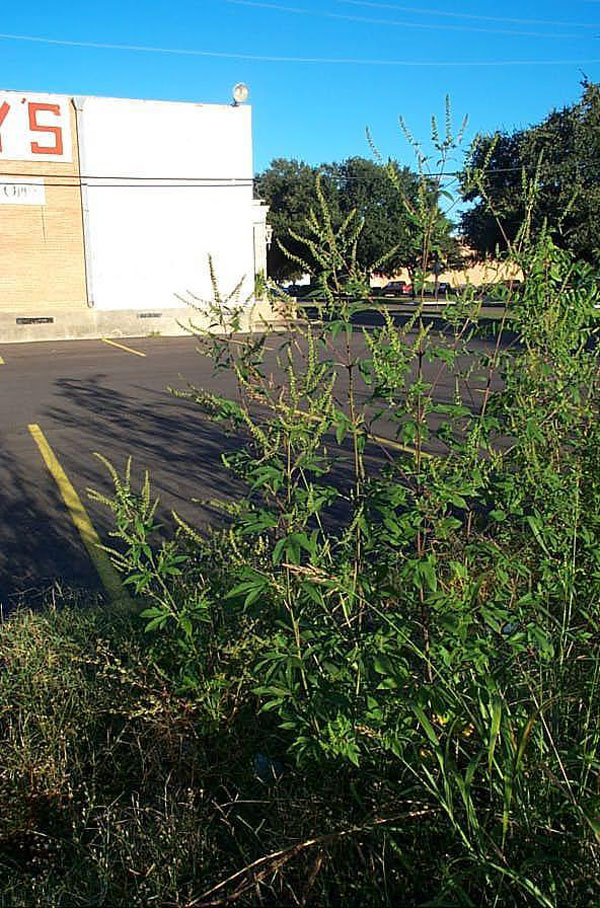 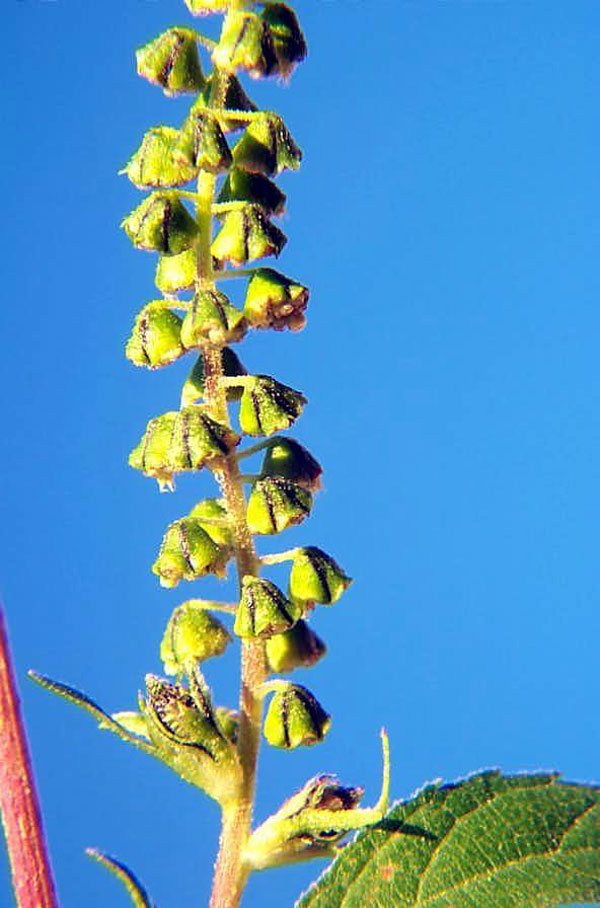 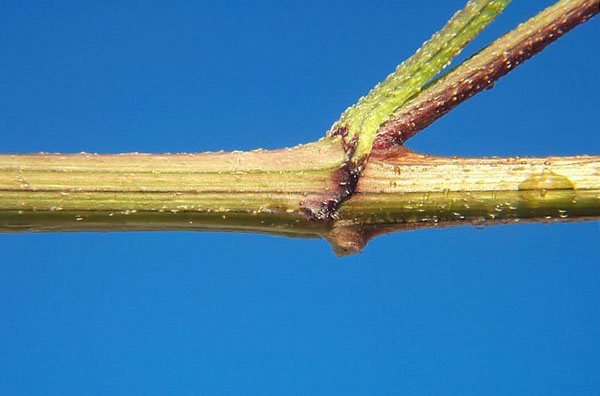 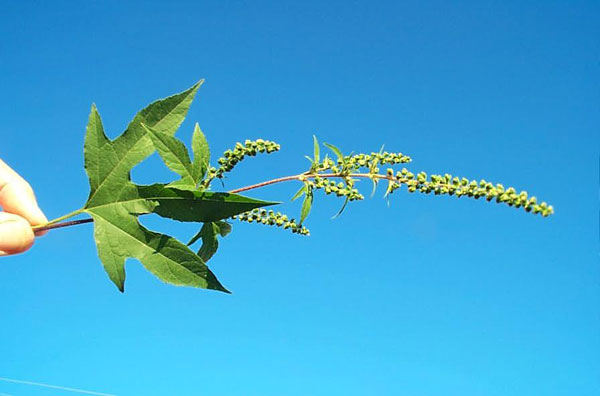 Native to North America, and found in nearly every state except Alaska and Nevada, into Canada and south into Mexico.

A summer annual that reproduces from seeds. A common weed problem in cultivated crops, as well as in any disturbed site such as empty lots or roadsides. Flowering occurs throughout the summer months, and can be a major source of pollen that affects those with hay fever.

Mature plants are upright and grow to nearly 6 feet in height, usually with a single main stem and some to many lateral branches off of it. The stems and the leaves have a rough texture, and stems often are reddish. Leaves are as long as 6 inches and are opposite along the stem. Most leaves are divided into 3 large lobes, although sometimes there will be 5 lobes, and these are lance-shaped and pointed, with toothed margins. Leaves along the upper stem will sometimes have no lobes. Flowers are an elongating and dense cluster at the ends of the stems and branches. They are small and green, with male flowers constituting the conspicuous clusters while small female flowers occur in the axils of the leaves or at the base of the raceme of male flowers.

Individual plants can be physically removed, while larger infestations can be controlled with a contact or systemic herbicide. Heavy seed production is likely, and a pre-emergent can prevent future growth of seedlings in the same area.