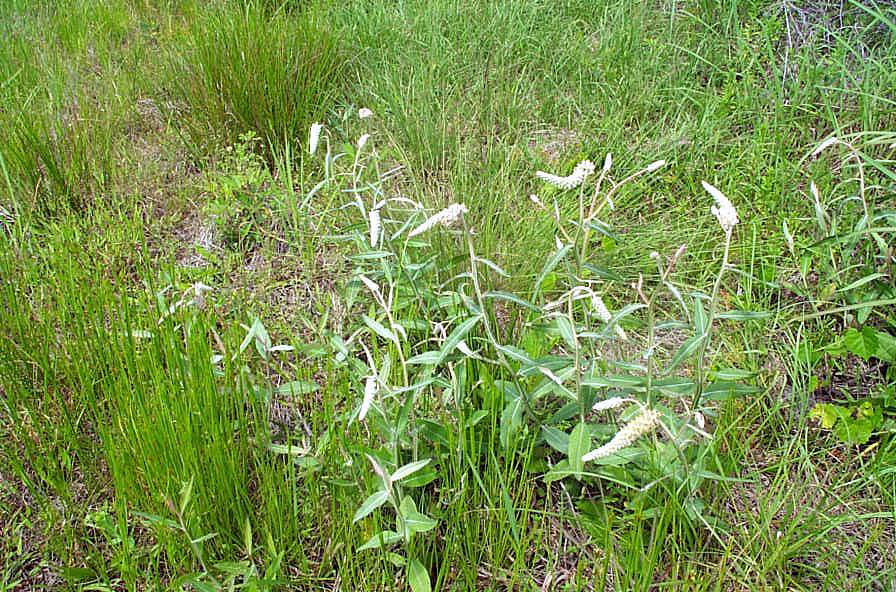 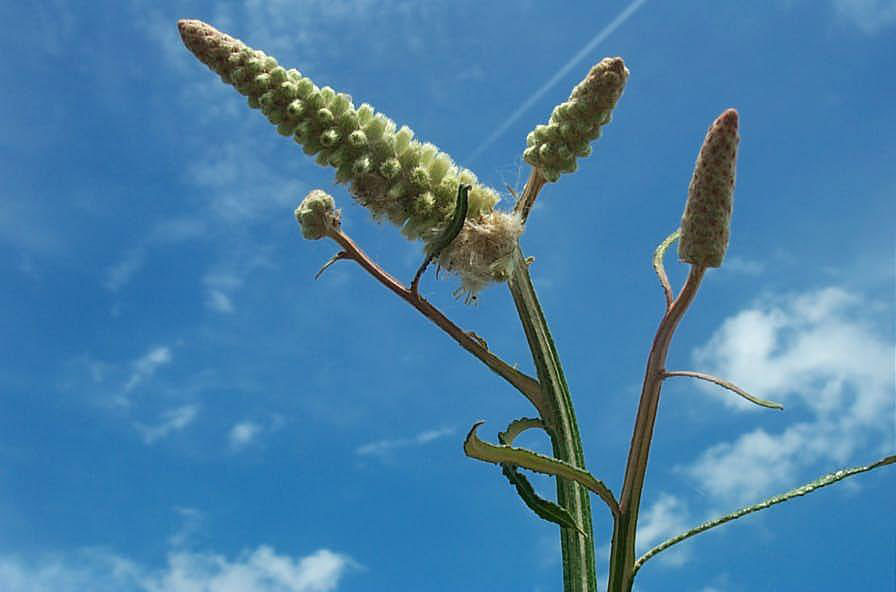 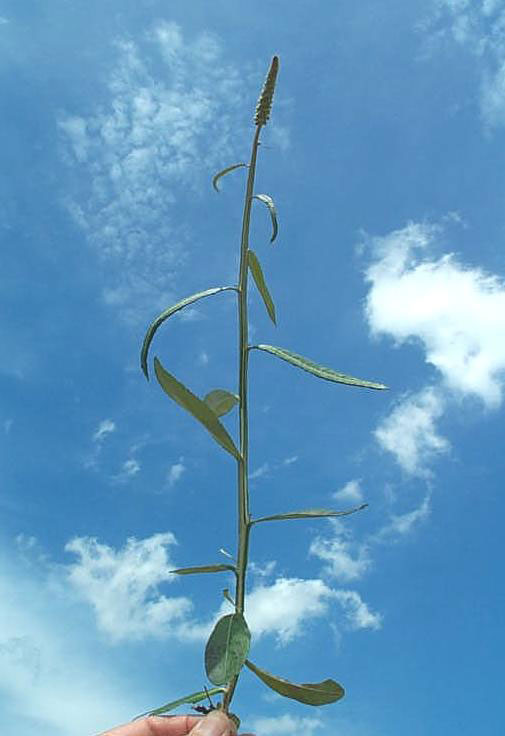 A native plant, found in the United States from North Carolina south to Florida, and along the Gulf Coast to Texas. It also is found in the West Indies.

A perennial that reproduces from seeds. Plants especially favor sandy soils, and may be found along roadsides or in disturbed waste areas. Generally not considered a weed problem.

The common name for the plants in this genus is derived from the thick, black roots. The stems and leaves are coated with a fine, white pubescence, giving the plants a soft texture. The stems are “winged” along their length with raised ridges on three sides. The leaves are elongate lance-shaped, with wavy or notched margins, and attach to the stem without a stalk. The unusual flower heads are at the ends of the stems, and are elongate and cone-shaped, wider at their base than the tip. They are composed of many small, white flowers that attach tightly to the stem to create the dense cluster.

Control is not needed for this plant. If found growing where not wanted it can be removed by hand.