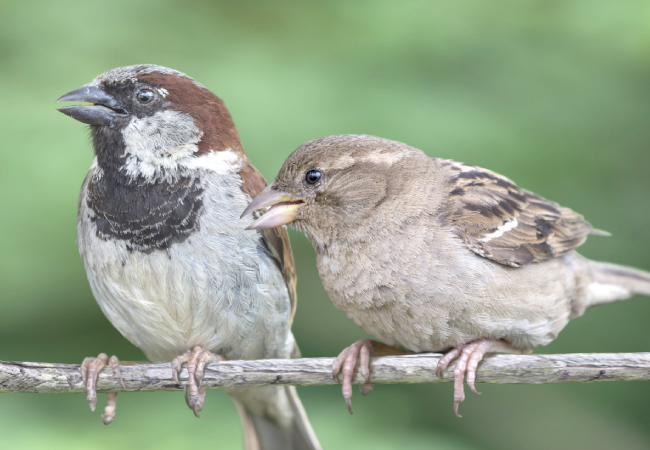 The house sparrow is the most common wild bird in the world. Originally from the Middle East, it spread to Asia, Europe, and North Africa following agriculture and was deliberately introduced to other places in the world. In North America, eight pairs were released in Brooklyn, NY in 1851. By 1910, house sparrows were established in California.

House sparrows are very successful because they like to live close to people, whether in cities or in agriculture. They nest in cavities and take advantage of structural holes, overhangs, and signs. Seeds are the majority of their diet along with some insects. Breeding males have a black beak, throat, and chest while females and juveniles are more camouflaged. Although house sparrows are social with each other, they are aggressive towards other bird species and will displace them from nesting holes and food sources.

House sparrows are intelligent and have been observed triggering automatic sliding door sensors or following people in and out of doors. They can be problematic in warehouses, big-box stores and food processing facilities where they may nest and find food indoors and never leave. House sparrows can be prevented from landing or nesting on buildings with bird netting or an electrical track system. A mist net can be placed in the flight path of birds indoors to capture and remove them from buildings. 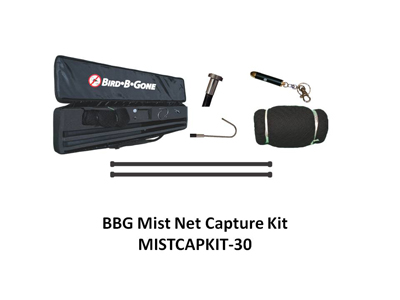