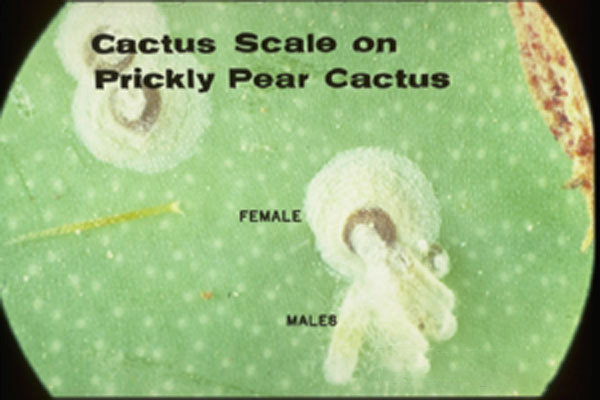 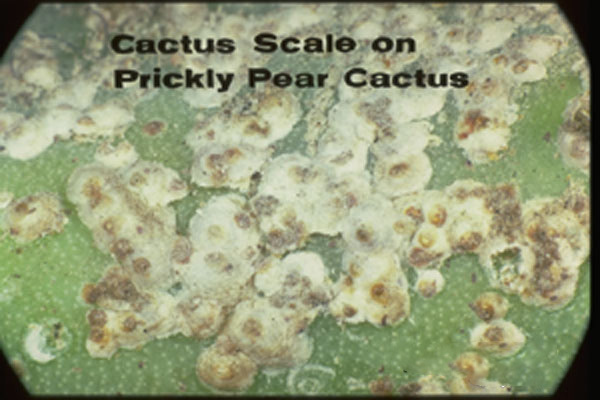 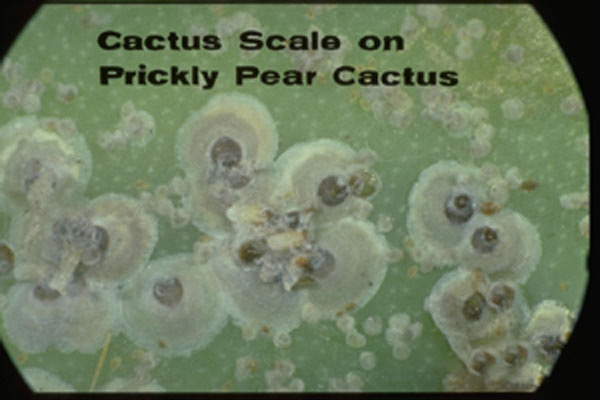 Probably native to North America, and spread to other parts of the world on exported plant parts.

Widespread in North America on native and imported cactus and succulents, including ornamental plants such as jade plants. Adult females overwinter, producing eggs in the spring under their scale covering. Eggs hatch to the mobile crawler stage, which does not feed but which settles down to the sessile stage within hours or a few days and molts to the second instar stage, which begins to form the wax shell.

A relatively small, white, flattened armored scale that has a circular shape and a dark spot in the center of the top. Similar to some other armored scales, such as the cycad or Manzanita scales, but found only on cactus and other succulents.

Generally not a threat to the plant itself, the major concern with this scale is just the unaesthetic appearance of the white spots on the plant. Dormant or summer oils may be effective in killing the scales, as well as contact insecticides applied when the first instar crawlers are present. Determining the effectiveness of the control effort is difficult. The wax scales adhere tightly to the plant, even when the actual insect is no longer living, and very close examination beneath the scale may determine whether the insect itself is dead or alive.