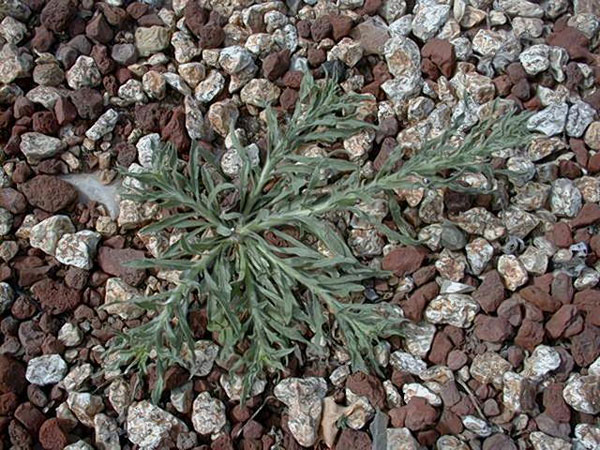 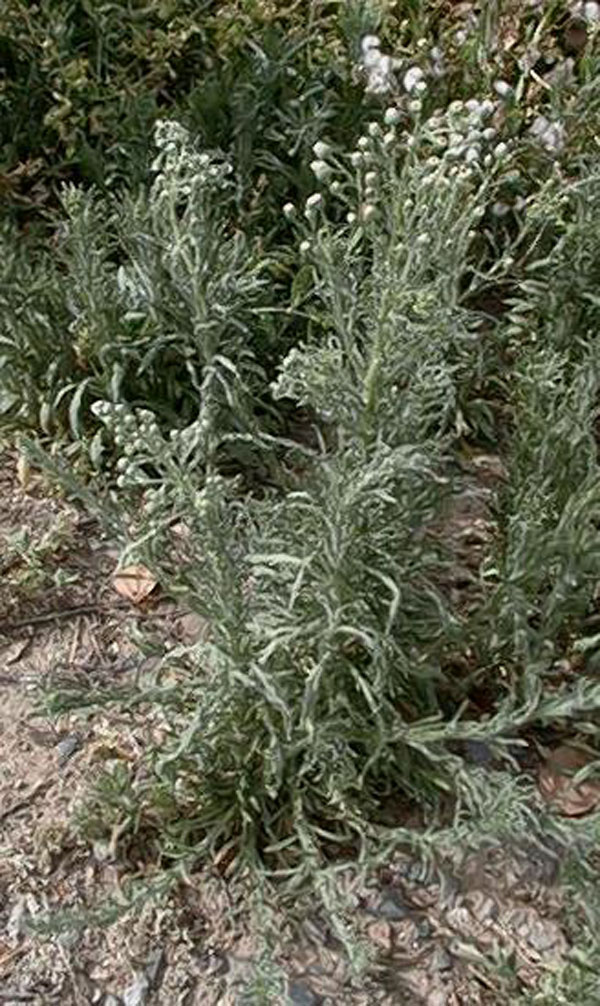 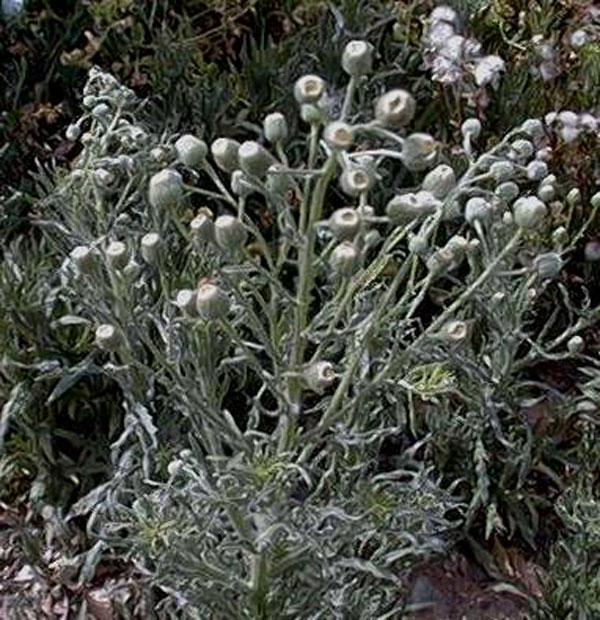 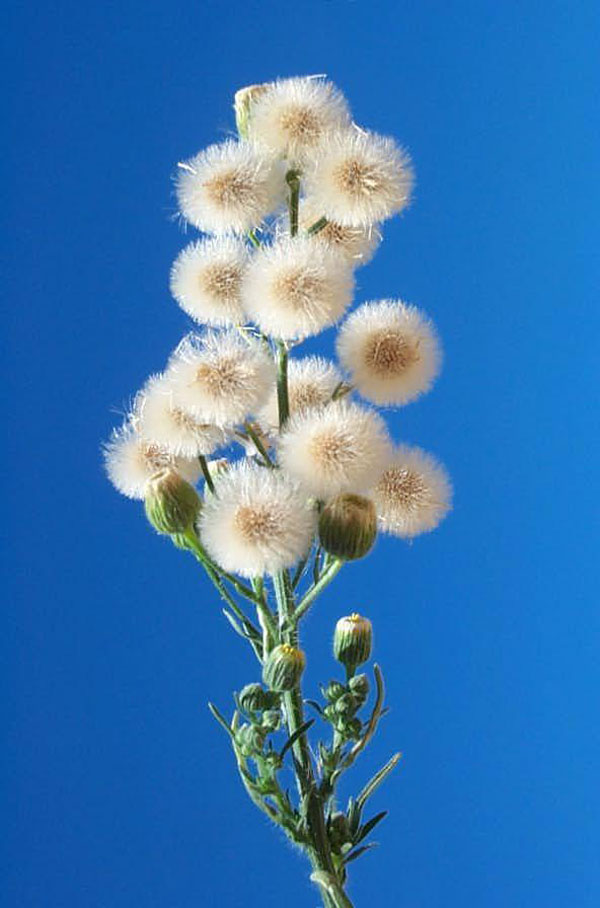 Native to the American tropics of South America, and now found widely across the United States. It is common in the western states but also found along the Atlantic Coast.

An annual weed reproducing from seeds that are carried easily by the wind due to their long pappus. Plants initially are very similar to the related Horseweed, which is distinguished as a mature plant by its much taller growth and reduced foliage.

Mature plants grow to about 3 feet tall, usually with a single main stem and multiple branches off of this stem, particularly lateral ones growing out close to the base. Leaves are alternate and are narrow and long, growing up to 2 inches long but only ¼ inch wide, and with a somewhat twisting pattern. Margins of most leaves are without teeth and surfaces are slightly hairy. Leaves usually join the stems without stalks. Flower heads can be abundant, and occur at the ends of stalks that arise from the upper main stem, giving the appearance of clusters of flowers. The flowers are small and do not tend to open up, remaining clasped by the green bracts. The ray flowers within this are small and do not show more than their tips.

Annual weeds with wind blown seeds. Physical removal is effective due to the shallow root system. 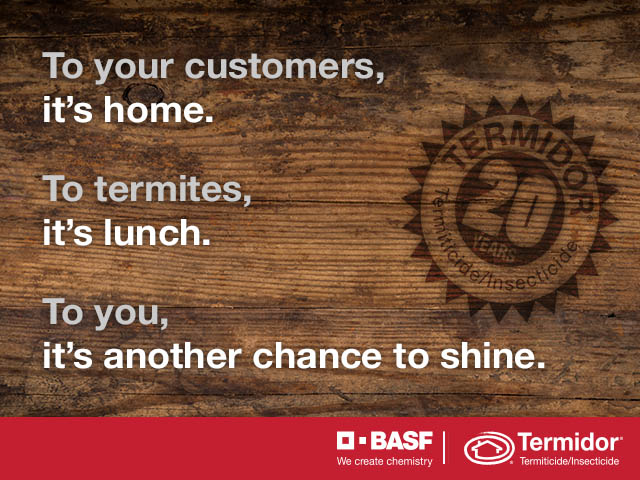