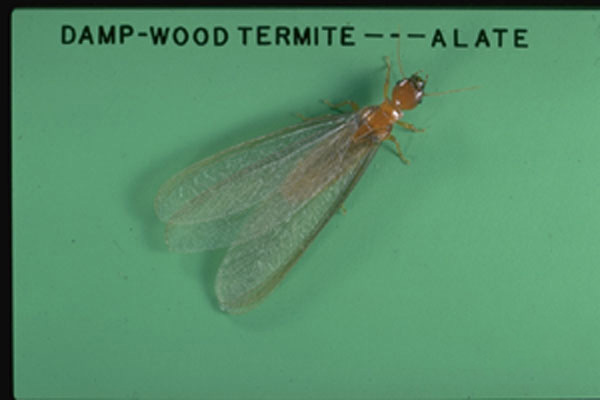 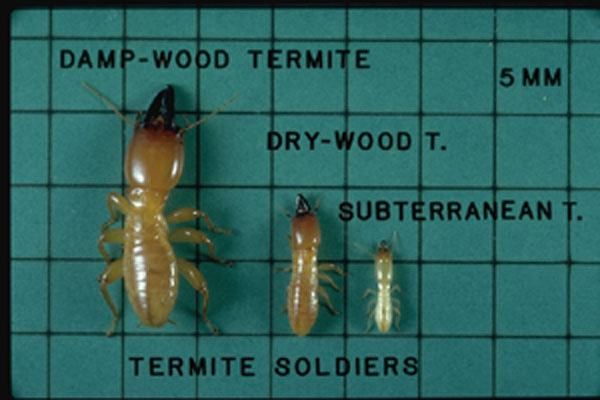 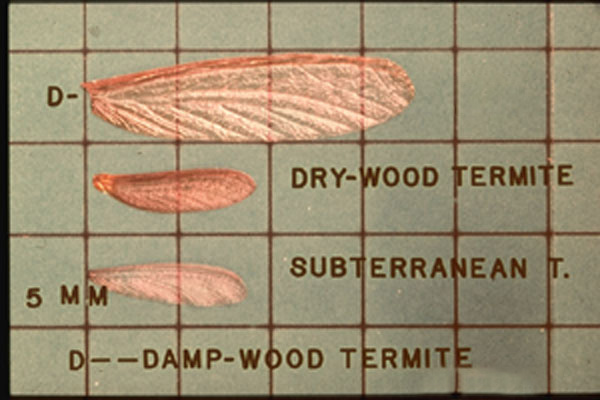 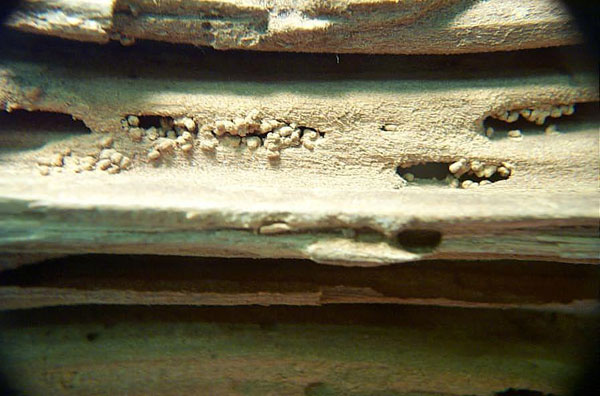 Native to the United States, and found in the Pacific Coast states and into Canada, and east to Montana and Texas. There are several minor species of dampwood termites in other genera, but the genus Zootermopsis is by far the most widespread, with 3 species in the U.S. The other 3 genera, with one species in each, are in Florida and in the deserts of the southwest states.

These termites get their name from the need for a high moisture content in the wood. They are extremely common in wooded or forest environments in cooler climates. Colonies are generally small by termite standards, with several thousand workers in a mature colony. There is no true worker caste, as nymphs perform the duties of the colony and all nymphs become either adult soldiers or adult alates. Alates swarm after sundown on warm summer evenings. The reproductives may attack wood without soil contact. Damage is indicated by large galleries that usually follow the direction of the grain, and with fecal pellets packed into some of these galleries. The texture of the sides of the galleries is “velvety”, or slightly rough textured.

These are the largest termites, and soldiers and alates have distinct characteristics. The wings extend well past the end of the abdomen, and there are 3 thickened veins near the leading edge of each wing that run from the base to the tip of the wing. There are no ocelli next to the compound eyes and no fontanelle present in the middle of the top of the head. The body color is dark red-brown and the wings have a dark tint to them. The soldiers have a pair of jaws that lay more or less horizontal and in line with the head in front. The jaws are not symmetrical, and they have unequal numbers of teeth or projections along their inner margin. The antennae have more than 22 segments on them, and there will be long, visible spines on the tibia of the legs.

These termites require wood with high moisture content, and controlling this excessive moisture condition will generally be effective in both preventing and repelling the termites. A local treatment with a residual insecticide injected into their galleries may be needed to kill workers still present after the moisture conditions are corrected.