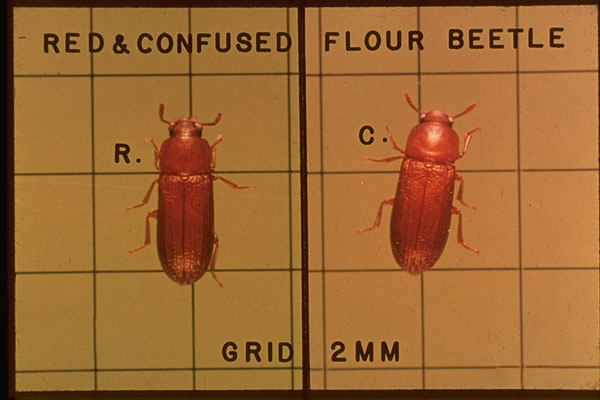 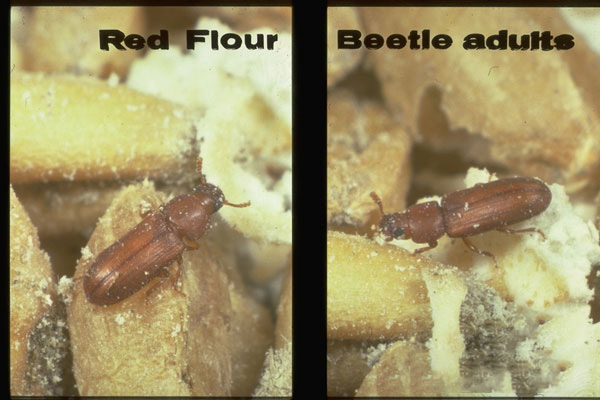 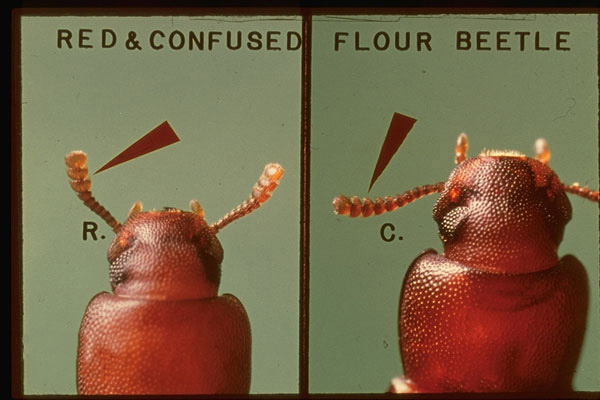 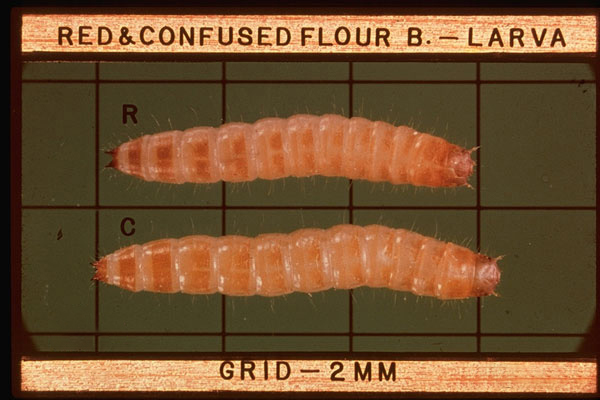 Native to Africa, and found in jars of grains placed in the tombs of Pharaohs around 2500 B.C. It now is found throughout the world, and is more of a pest in the U.S. in the cooler climates than in the warmer states.

Very similar in appearance, biology, and habits to the Red Flour Beetle, the Confused flour beetle is a scavenger that feeds on virtually any vegetable-based food products, but it is unable to feed on whole, undamaged grains. It may occur in conjunction with the weevils that bore into grains, feeding on the grain once it is opened by the weevil. When present in great numbers they cause flour products to turn gray and distasteful and to mold more quickly. Flour and meal products are especially prone to infestation by the flour beetles in general.

The Red Flour Beetle can fly, while the Confused cannot, even though both have well developed wings. They are both elongate with roughly parallel sides, reddish color, and flattened top to bottom. The easiest differences to distinguish the two species are the antennae, where the Red Flour Beetle has a terminal club of 3 enlarged segments, and the sides of the prothorax of the Red are curved. In contrast, the Confused Flour Beetle has essentially straight sides on the prothorax and the antennae ends with a gradually enlarging club, not an abruptly enlarged one. Adults are about 2 mm long, and the larvae are the typical elongate, shiny, wormlike appearance of this family of beetles.

Control of most stored food pest beetles relies on a combination of proper storage of products in cool, dry conditions and if possible in pest-proof containers, sanitation measures to remove or prevent spilled materials and dust accumulations, and monitoring with pheromone traps to determine when adult insect activity may begin in an account or to pinpoint the location of the infestation within a structure. Fumigation with either methyl bromide or aluminum phosphide will kill all stages of the beetles present in food, and ensure food products are pest-free as they go into storage.