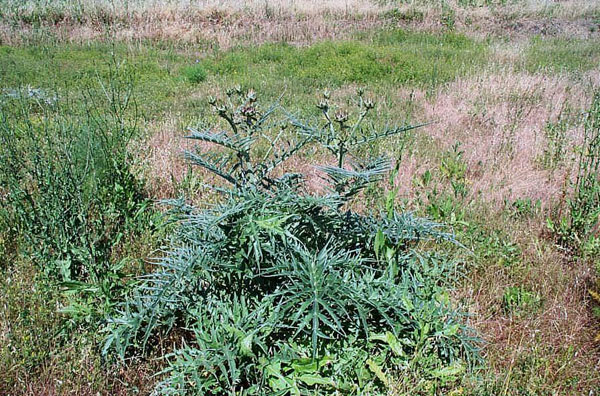 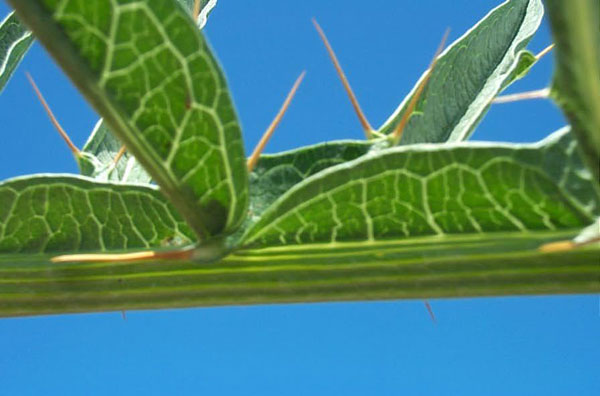 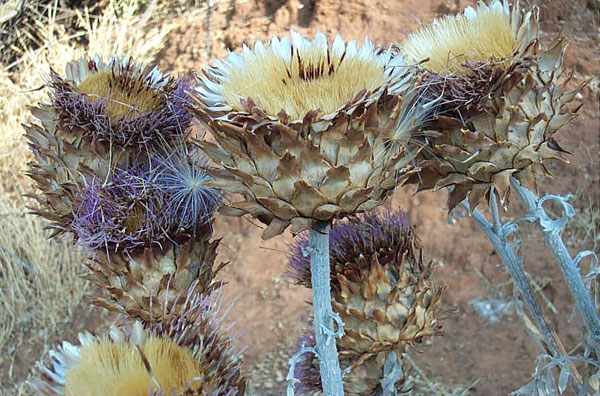 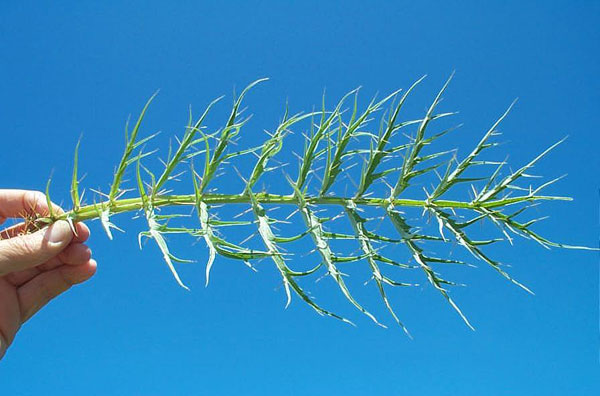 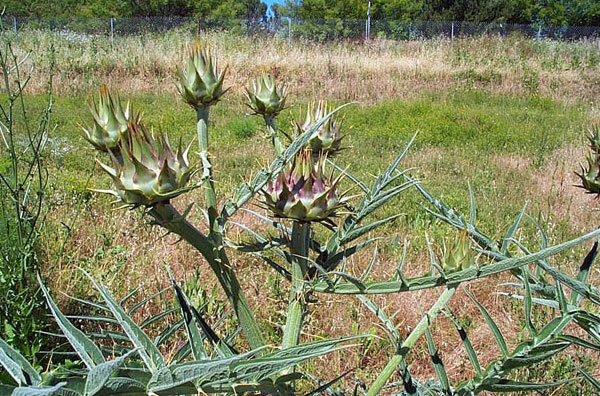 A native of the Mediterranean region this thistle was introduced to the United States as an ornamental and food crop, but its rapid spread and invasive habit have made it a serious rangeland weed in California. It also is found in other countries, such as Australia, as a noxious weed of pastures. The dried flower heads, called “cardoons”, are large and showy, and are prized in arrangements of flowers.

This is a perennial weed that reproduces from seeds, but re-grows its foliage each year from its roots. The seeds spread great distances with the wind due to their wide, umbrella like awns. Plants are generally inedible to livestock, and when they are forced to eat it the plant material can cause digestive problems. Plants are found on roadsides, pastures, or grassy rangeland.

Mature plants can be very large and spreading, up to 6 feet tall and with numerous main stems. The basal rosette of leaves is up to 3 feet wide, and the large leaves easily crowd out other vegetation around it. Leaves are deeply divided into long, thin lobes, sometimes these lobes divided again into deep lobes. The under surface of the leaf is densely covered with white hairs, and each lobe terminates with a sharp spine, as well as long spines along the midrib. Flower heads occur singly at the tip of each stem, and may be blue or purple. The flower petals tend to remain enclosed with the bell-shaped, spiny, large bracts until they are mature.

Physical removal of individual plants will be effective for small infestations. Pre-emergent control will be difficult due to the distance the seeds can be transported from the parent plant. For chemical control a systemic herbicide will be needed to kill the root system.