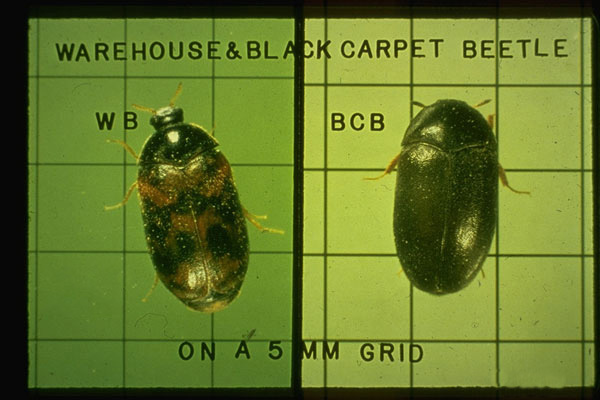 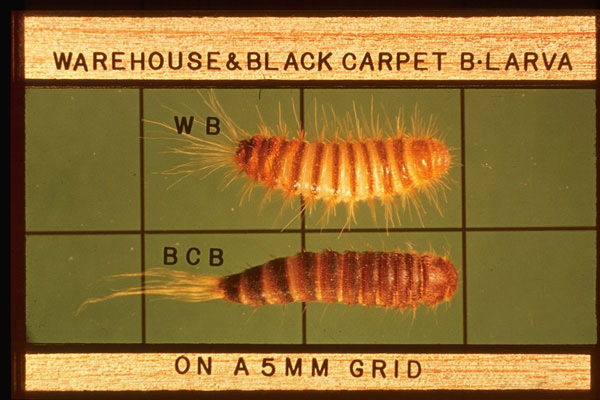 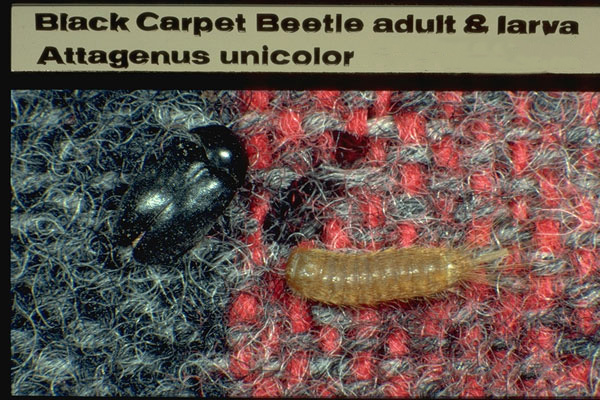 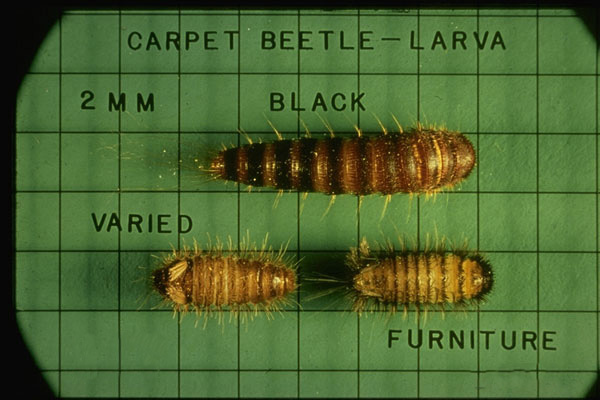 Originally it was believed that this insect has a European origin, but its presence in the U.S. in certain natural settings suggests that it might be native to the United States. It is found widely throughout North America and in Europe, but is most important as a pest in North America.

Like many other carpet beetles and the Trogoderma beetles, the Black Carpet Beetle attacks the wide variety of products of animal origin and plant origin, such as hair, wool, feathers, insects, baked products, grains, cereals, spices, etc. It appears to have been much more important as a pest in past decades than it is now. Occasionally it will be found infesting rodent baits, including baits made as a paraffin formulation, or “bait block”. There is a very long life cycle in this species, with the minimum time for larval development at room temperature around 9 months, and up to almost 2 years. The adults do not feed on the same materials as do the larvae, and the adults live for only about 1 month.

Adults are similar in appearance to the Trogoderma beetles, but generally are much larger and they are a solid color of black or very dark brown. Size is about 3 to 5 mm in length, and they are flattened, oval, and very compact with no separation between the prothorax and the elytra. Larvae of the black carpet beetle are some of the largest of the carpet beetles, up to 8 mm in length. It is very dark brown, consisting mainly of wide, dark bands around each body segment. It is only sparsely haired, but at the tail end there is a tuft of very long, golden hairs extending out the back. The larvae also is more or less “carrot-shaped”, being narrow at the posterior and tapering to much wider at the anterior end.