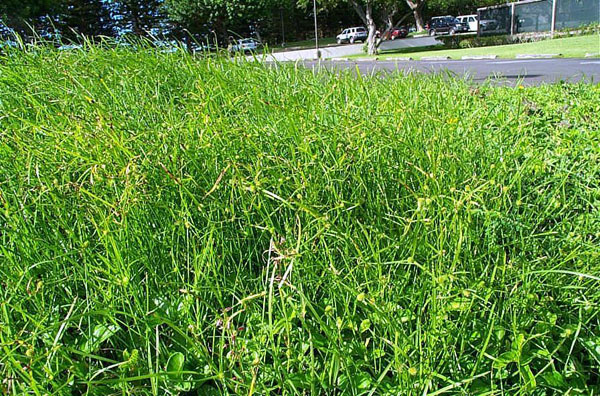 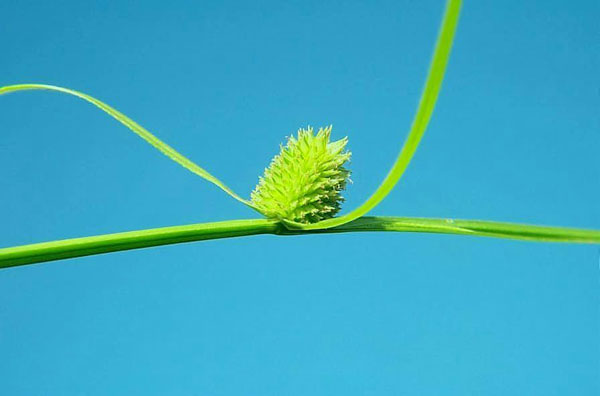 Native to the United States and Latin America, and found in the U.S. from Arkansas east to Georgia and north to New York. It also occurs in Hawaii.

A perennial sedge with a low, mat-forming growth habit. Reproduction is from seeds and rhizomes. Its low growth enables it to adapt to low mowing and form fruits and seeds even in maintained turf. Plants grow actively in areas of high moisture.

Similar to other common kyllingas in its low, mat-forming growth and single flower head at the tip of the elongated stem. Most similar to green kyllinga, but tends to set flowers late in the season, from late August until autumn. Green kyllinga will form flower heads throughout the growing season. Leaves are dense and narrow. Flowering stem is very long, with a single egg-shaped flower head forming at its end, and with 3 lateral leaves branching out from below it.