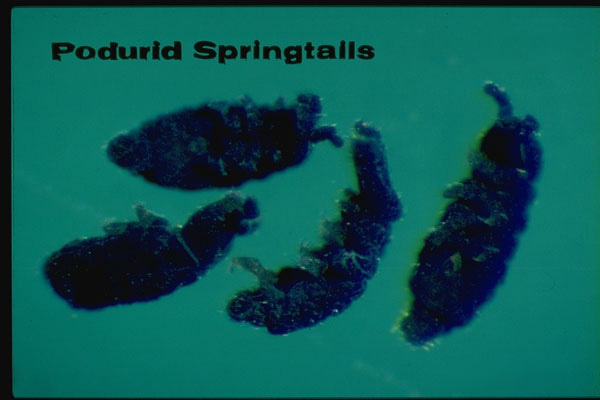 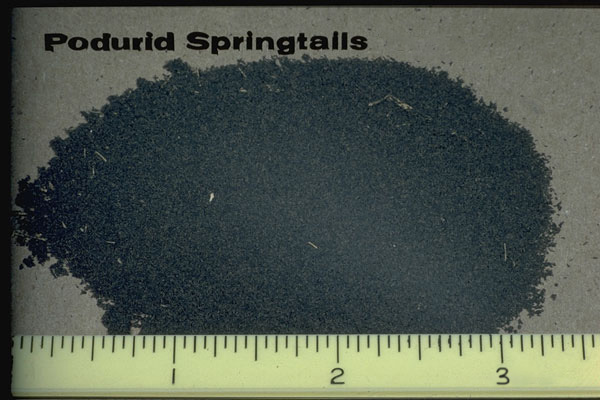 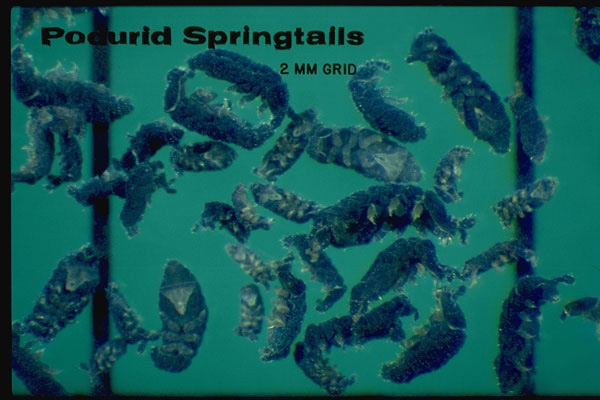 These common but harmless springtails often emerge in early spring when patches of snow are still on the ground, and their activity on the white snow with their black bodies gives them the misleading name of snow "fleas", particularly if they jump when disturbed. They also may emerge in masses from vegetated areas and migrate across yards and patios or fall into swimming pools to form large masses on the surface. This occurs particularly when natural areas either dry out or are flooded, either circumstance forcing them to seek better living areas. Like other springtails they feed on decaying plant materials, fungi, algae, etc.

The insects are tiny, dark gray to black, and have very stout bodies. The antennae are vey short and the abdominal spine (furcula) used for jumping is very short and hidden below.

Moisture management is critical if these are found indoors. Outdoors their habitats can be eliminated by reducing the amount of vegetation or debris on the soil, eliminating wet areas, and allowing the habitat to dry out. Insecticide applications can be used to kill large numbers but habitat modification is important.