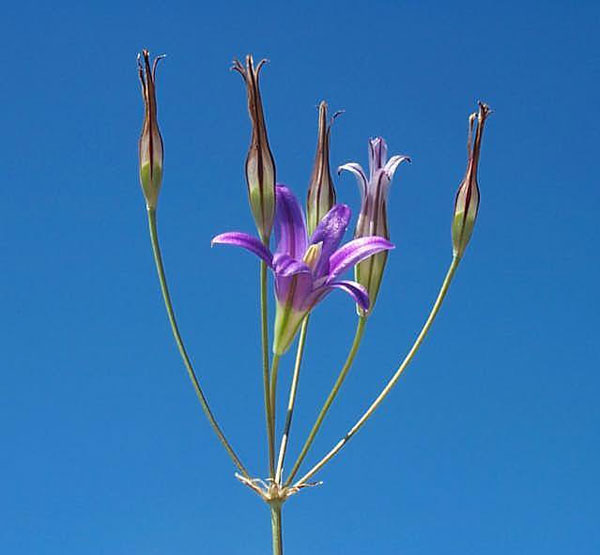 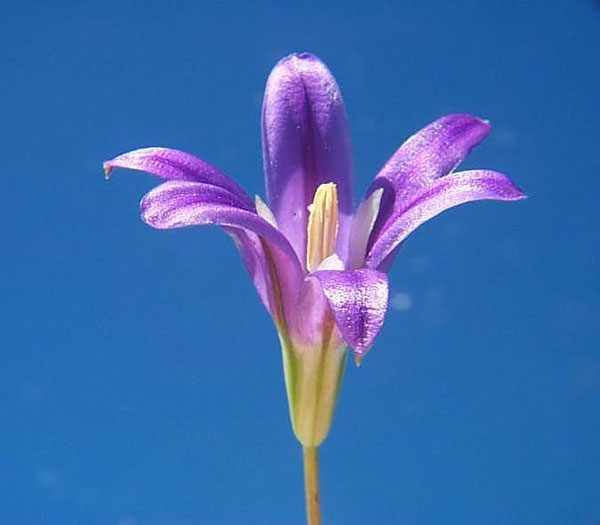 A genus of many dozens of varieties of showy spring flowers, almost all of which are natives in North America. They occur throughout the United States and north to Alaska.

Some annual and mostly perennial plants that reproduce from seeds or from spreading root stock. Many kinds are popular as ornamental plants. Their showy flowers may be produced when other plants and grasses around them have begun to desiccate, making them more noticeable in open fields and pastures or along roadsides.

Mature plants normally only about 1 foot in height, with a single thin stalk that terminates in either a single flower, or branches near the top to produce an open cluster of several large flowers. Leaves are long and grass-like and produced from the base of the plant or sparsely along the stem. Flowers area inverted bell shaped, violet to bright blue, and over an inch in length. The petals are narrow and elongate, with sides parallel and bases joined to form a deep cup.