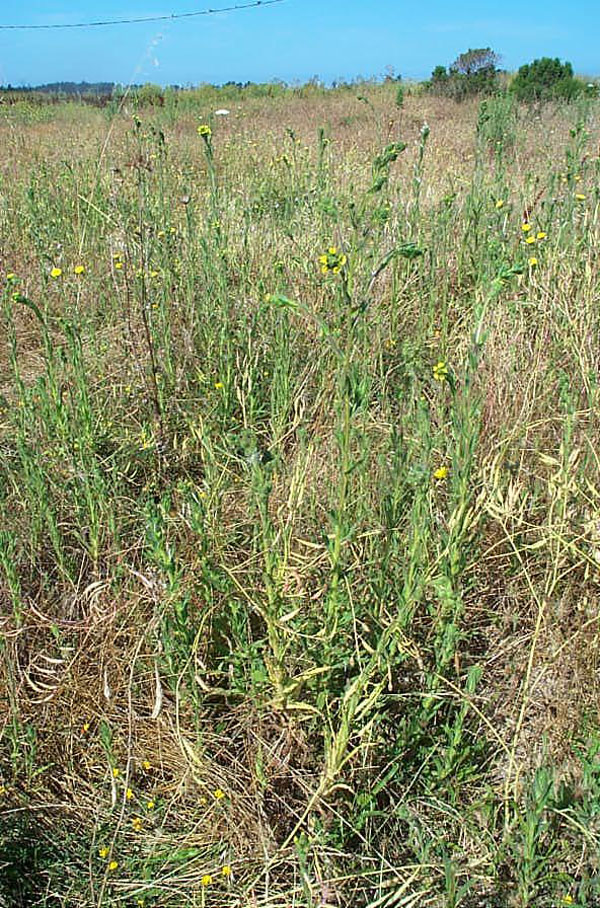 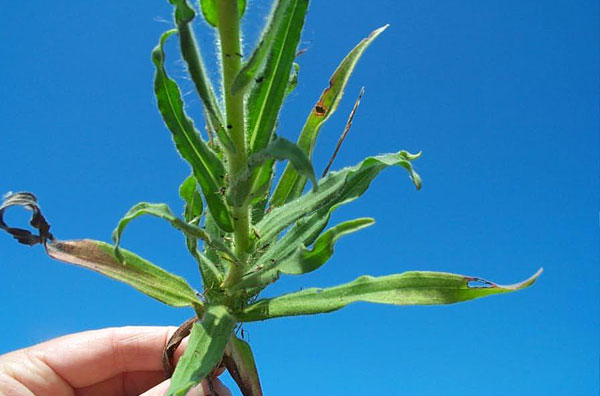 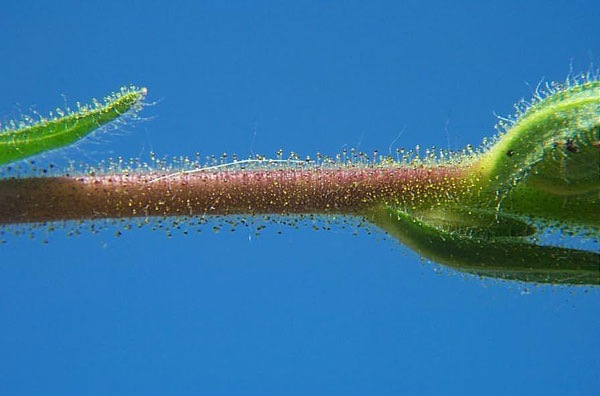 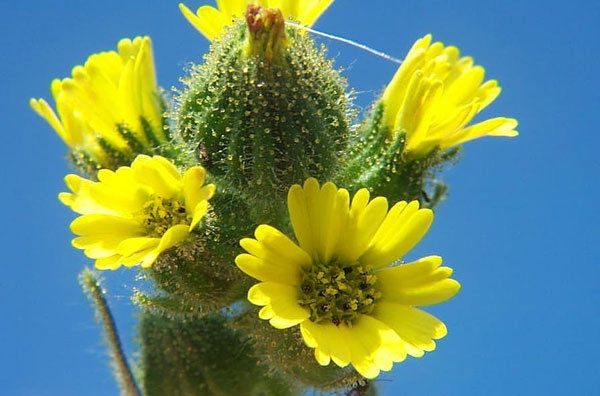 Native to western North America, where it occurs from California north into Canada, and east to Montana and Utah. It also occurs as an introduced species in Maine.

An annual weed reproducing from seeds. Plants grow in an upright habit with none to several stems arising from the base, and short branches from these stems. All plant parts are sticky and highly aromatic. Like many tarweed species it is well adapted to dry soils and hot conditions, growing well in waste areas and roadsides.

Mature plants may grow to 6 feet in height, with several thick, erect stems arising from the base. Stems and leaves are covered with long hairs arising from glands that exude a sticky fluid that is highly aromatic. Stems are green to reddish. Leaves are lance-shaped, pointed at the tip, and attach to the stem without stalks or even slightly clasping. Flowers occur in compact clusters at the ends of the stems, in groups of six or more large yellow flowers whose petals have 3 lobes at their outer end. Unopened flowers are surrounded by a large, swollen calyx that also is covered with sticky hairs.

Physical removal of individual plants will be effective, although chemical control with a pre-emergent may be needed to prevent the seeds from germinating the following season. Tilling when plants are young will prevent seed maturation.