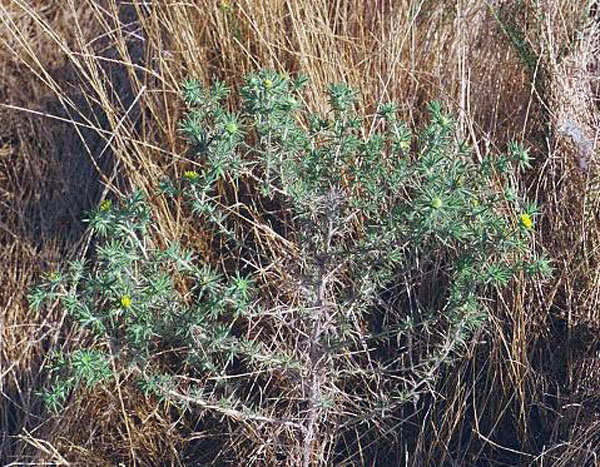 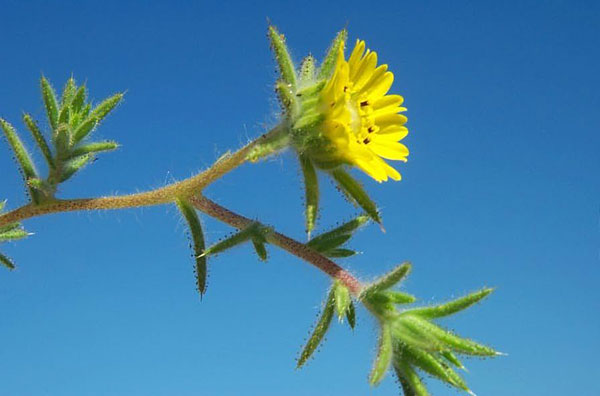 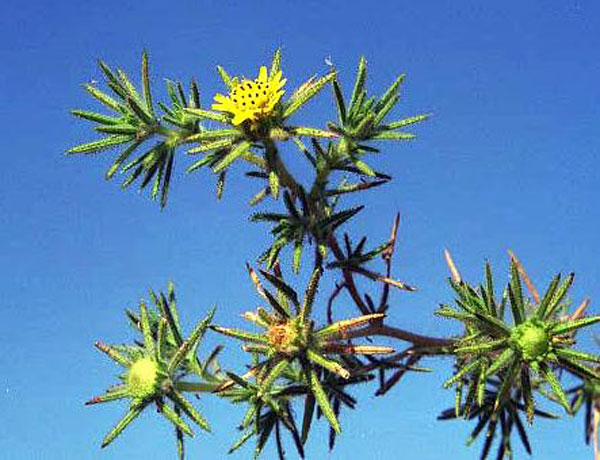 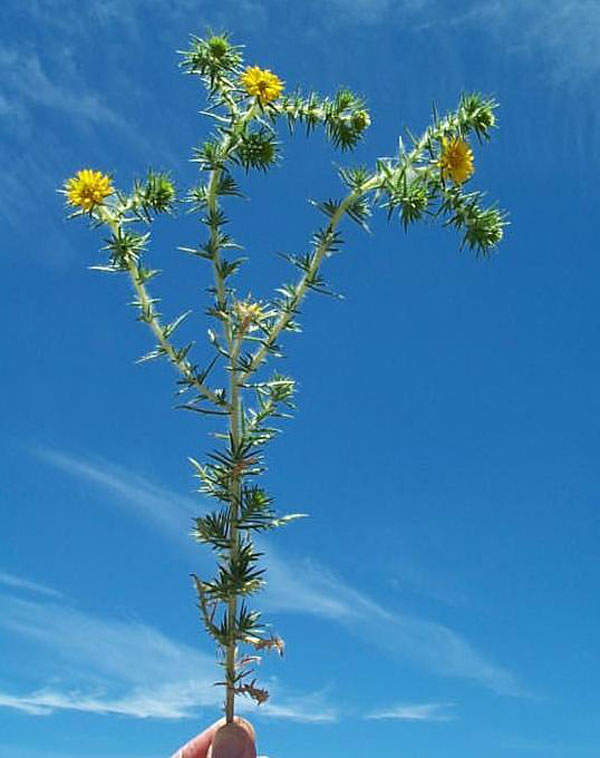 Native to the central valley of California, and now spread throughout the southern state as well as into Oregon and Washington.

An annual weed with a mild, not unpleasant fragrance to its foliage. Reproduction is from seed, and flowering occurs throughout the summer months. It may form dense stands of the plants, and the strongly spiked stems and leaves prevent it from being eaten by livestock, thus making it a severe pest weed on rangeland. Plants grow well on dry, alkaline soils.

Mature plants can be as tall as 3 feet, and they create a very bushy appearance with the heavy branching that occurs. Stems are strong and fibrous, and have a whitish color. The few leaves at the base of the plant can be several inches long, flattened and slightly lobed. However, the leaves that form along the stems are only about ½ inch long and are essentially thin spines arranged in tight clusters without stalks. From the axils of these leaf clusters the short stalks that will bear the flower heads arise. Flower heads occur as single heads on a stalk, with bright yellow and widely opened ray flowers and yellow disc flowers. The bracts that enclose the flower head also are sharp-pointed and spiny. The flower head when opened is generally less than ½ inch in diameter.

These annual plants are heavy seed producers, although seed dispersal generally is either near the parent plant or in a location carried in the fur of animals. Wind dispersal is not a normal route. Physical removal of plants is effective if the population is not extensive.