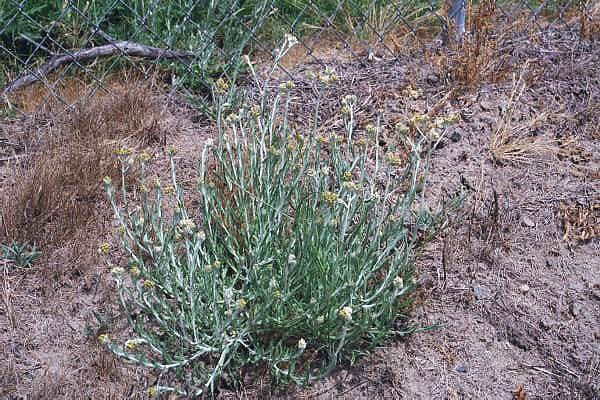 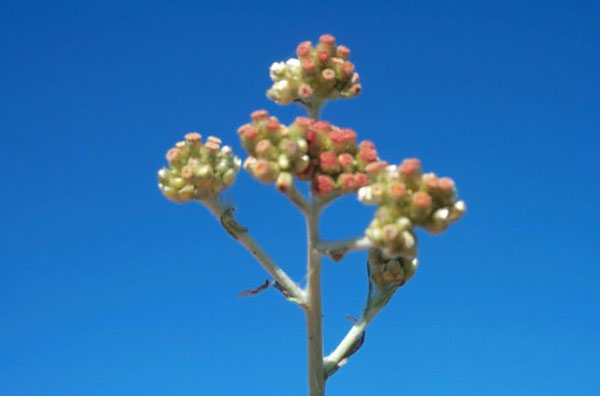 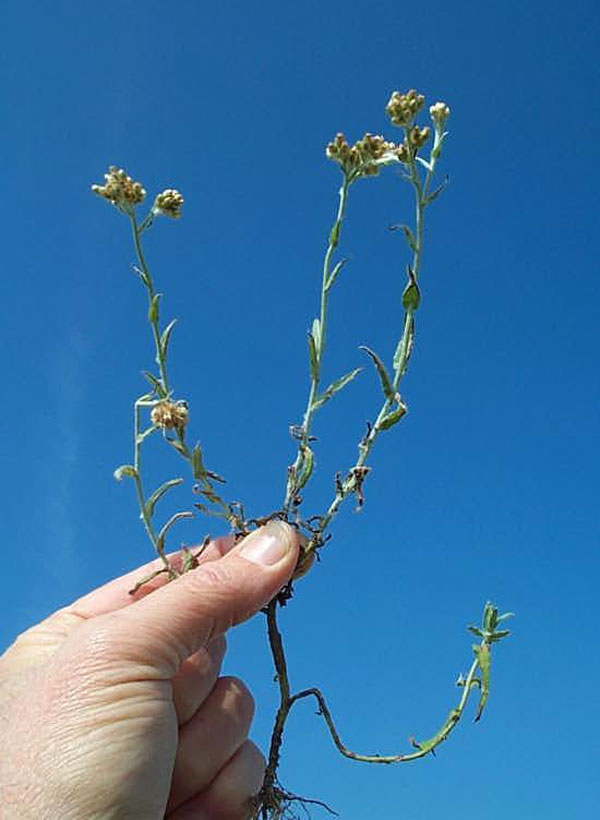 Found from South America to North America, where it is found throughout the United States.

An annual weed that sometimes will survive into a second year before it matures and fruits. It germinates with the first fall rains in the West, and in very early spring in colder climates. It is tolerant of dry, sandy soils, but also can be a problem in landscape and in turf that is poorly maintained. Reproduction is from seeds that germinate quickly once they fall from the plant.

Mature plants may grow to almost 2 feet tall, with several to numerous stems forming a rosette at the base as they grow. Stems are upright and straight, and generally sparsely branched above the base. Stems and leaves are all covered with dense, soft, silvery hairs, giving the overall plant a whitish, wooly appearance. Leaves are alternate and without stalks, and they are long and widest at the outer end. The flower heads are not at all showy, remaining as a closed tube of bracts with just the tips of the ray flowers extending out of them. These form either at the ends of the long stems or at the base of the leaves.

Highly tolerant of dry, infertile conditions, and resistant to many older herbicides. Plants have a short but strong taproot, but physical removal of isolated plants is effective.