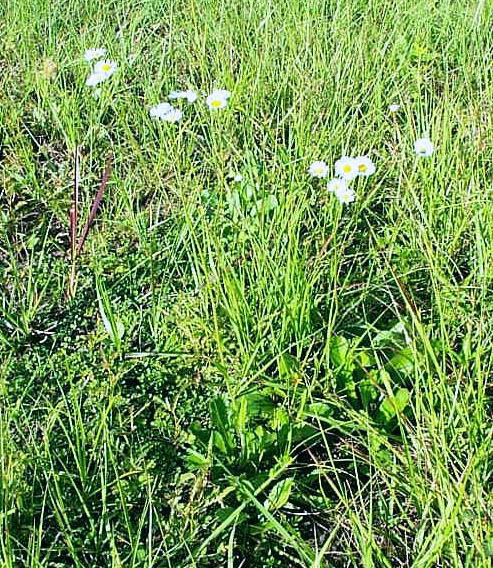 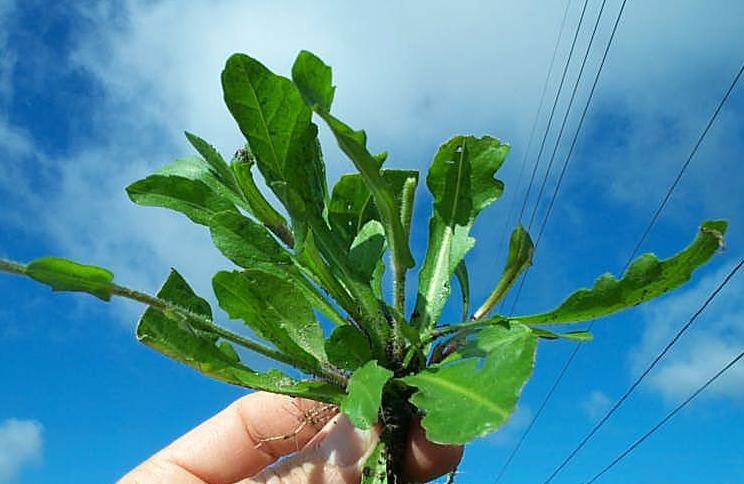 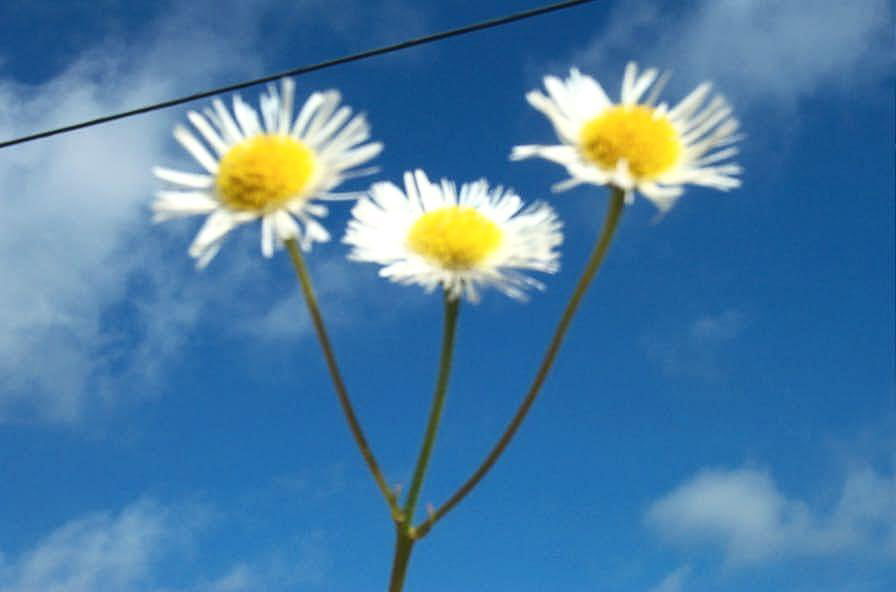 Native to North America, and found throughout southern Canada and all states of the U.S. except for some of the dry Southwest states.

A spring and summer annual or sometimes a biennial, reproducing from seeds. This is an extremely common weed along roadsides and in most disturbed habitats.

An erect plant producing long, thin stems that terminate with groupings of 3 to 5 flower heads. Most of the leaves occur at the base, with only a few along the stem. Very similar to Southern Fleabane, but the leaves of Rough Fleabane are usually entire or with a few teeth or shallow lobes. The flowers are showy and daisy-like, opening very wide and flat, with white to pink ray flowers and yellow disc flowers.