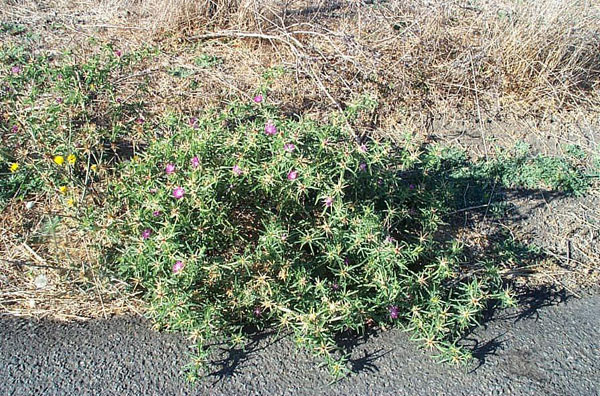 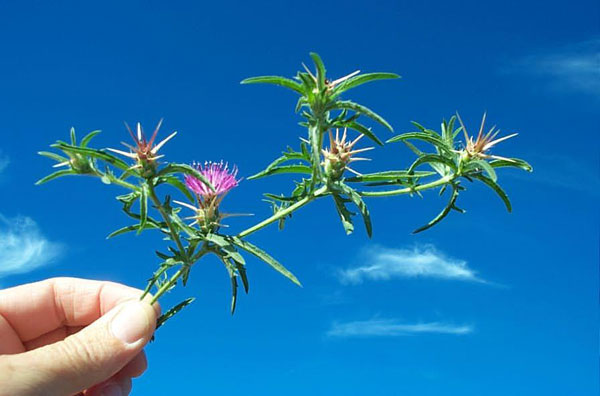 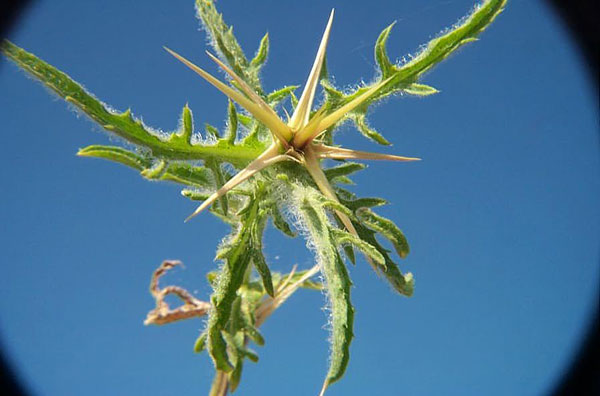 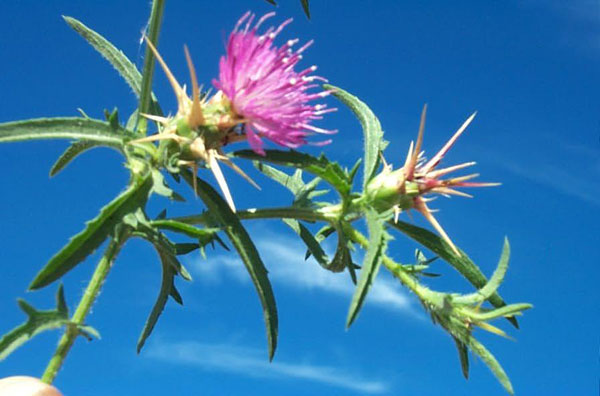 Native to Asia, but introduced to the western United States from Europe, where it now is found along the Pacific Coast states as well as Wyoming and Nebraska.

Potentially a serious weed problem, as the plants are prolific seed producers and can quickly spread. An annual or biennial weed that reproduces from seeds. The first year may result in a rosette forming in early summer. Found in empty lots and along roadsides, and tolerant of dry, hot conditions and compacted soils.

Mature plants may grow as tall as 6 feet with erect stems that branch frequently. Stems and leaves are covered with long, white hairs. Leaves are lance-shaped with wavy margins or with elongated and narrow lobes along the margins. The entire plant has short spiny hairs on it, but the bracts around the flower head are composed of very long, straw-colored spines which remain on the plant after the petals have fallen. Flowers are a dense head of violet to pinkish disc flowers.

Physical removal will be necessary to remove the spiny problem even dead plants may pose. Due to the heavy production of seeds a pre-emergent herbicide is needed to prevent new growth.