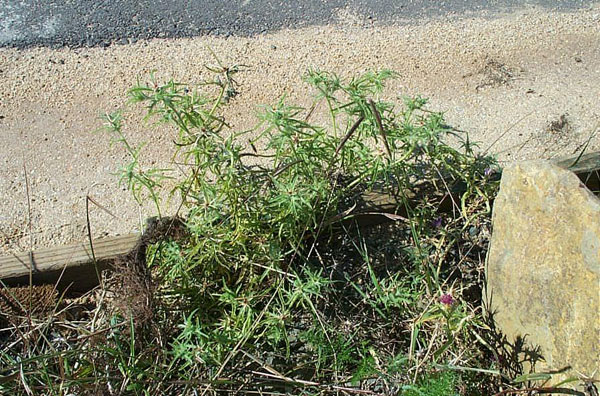 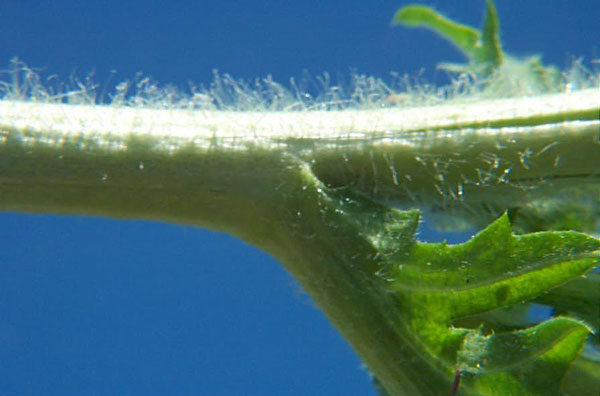 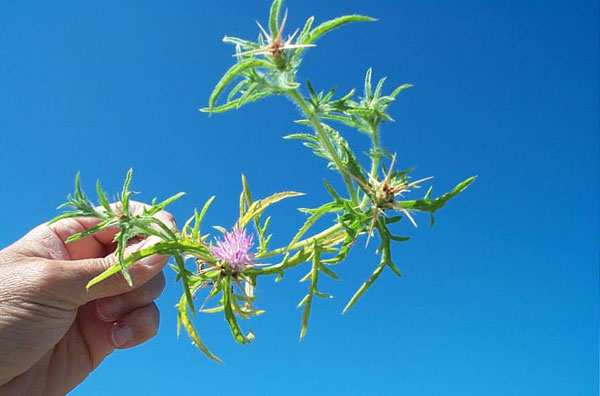 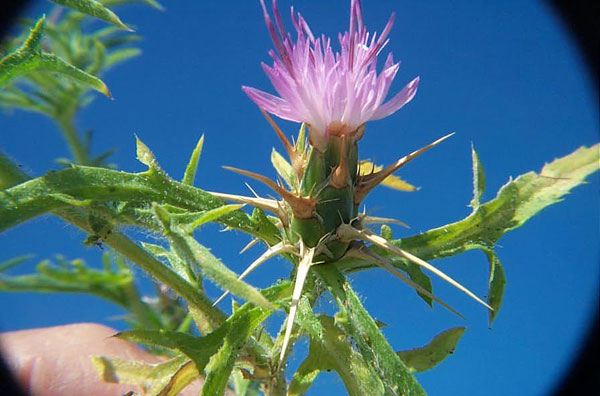 Native to Europe but introduced to the United States, where it now can be found in the western U.S. from Washington to California and east to New Mexico, as well as in scattered Midwest and Atlantic Coast states and in Mississippi.

A potentially serious weed pest, this thistle is an annual or biennial, or occasionally a short-lived perennial. Reproduction is from seeds, and due to the large size of the plants, and the ability for their many seeds to be wind-dispersed, it spreads rapidly. It is a noxious weed along roadsides and in most disturbed sites, as well as in many cultivated crops.

Mature plants can be as tall as 6 feet, with a main stem and many lateral branches that give the plant an overall bushy appearance. Stems and leaves are covered with fine hairs, and the bracts at the base of the flower heads are armed with many very long, sharp spines. The leaves are oval lance-shaped, but are divided into many deep lobes that are narrow and elongate, and often are toothed or lobed themselves. Flowers are violet to purple, with the base of the flower enclosed in the elongate, tubular calyx.

Physical removal of individual plants is effective, but the heavy seed production will require future measures for control. A pre-emergent herbicide may be effective in preventing growth, and post-emergent control can be obtained with a systemic or contact herbicide applied prior to seed production, preferably in the seedling stage.