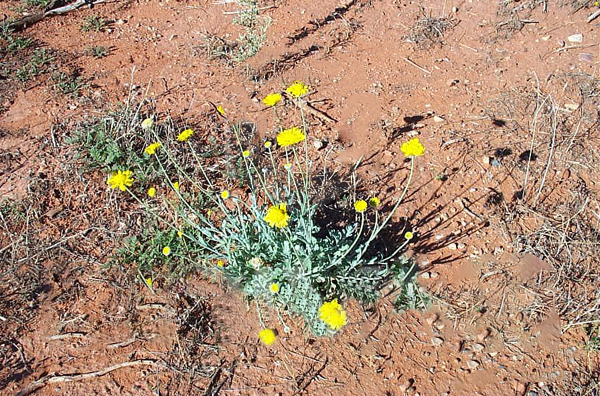 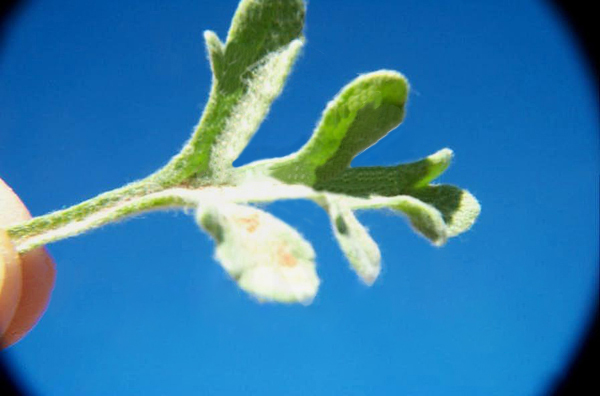 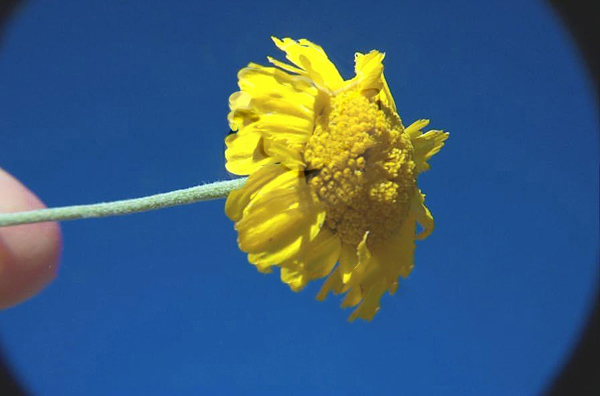 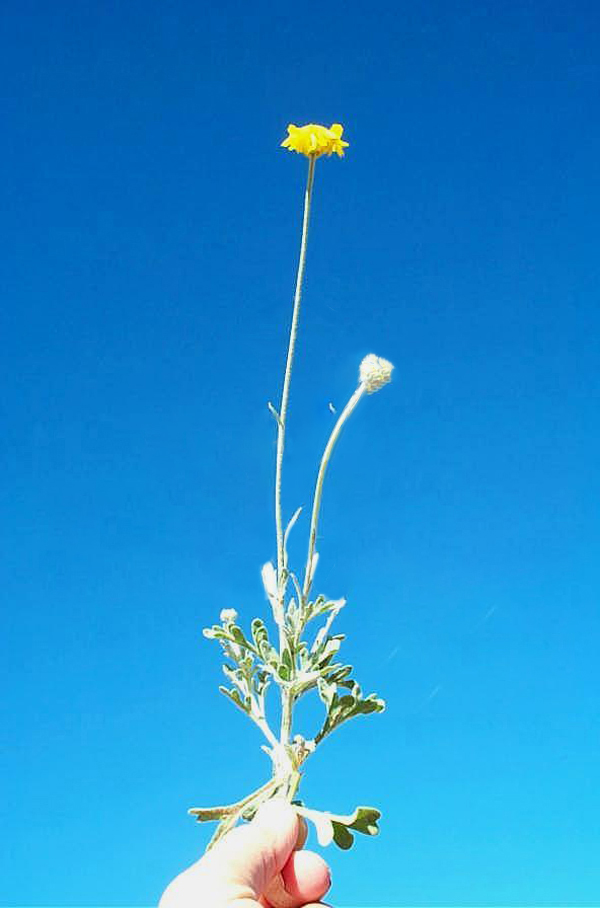 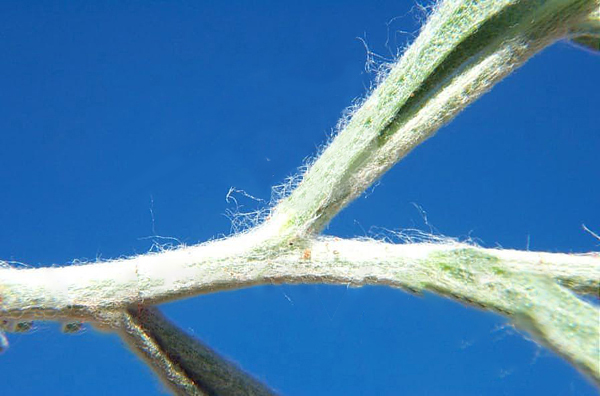 Native to the southwest states in the U.S. and in northern Mexico. Considered a desirable wildflower, although it may be found invading landscaped areas or growing in large plants along roadsides.

A perennial that reproduces from seeds, and is a desirable native plant often used in arid landscaping. It grows to 1 foot in height and may be a sprawling habit that is over 2 feet in diameter. It may be found along roadsides or as an invader in landscapes.

Multiple stems arise from the base and these are gray-green and covered with long white hairs, giving the overall plant a light colored appearance. The long stems are thin and weak and tend to sprawl laterally as the plant matures. The flowers grow singly at the ends of the stems and are bright yellow petals surrounding a yellow disc. The leaves are generally low on the stems, alternate, and large with deep lobes and densely covered with short white hairs.

Generally control is not necessary for this native plant, but where found growing in an undesirable location it may be removed by hand.