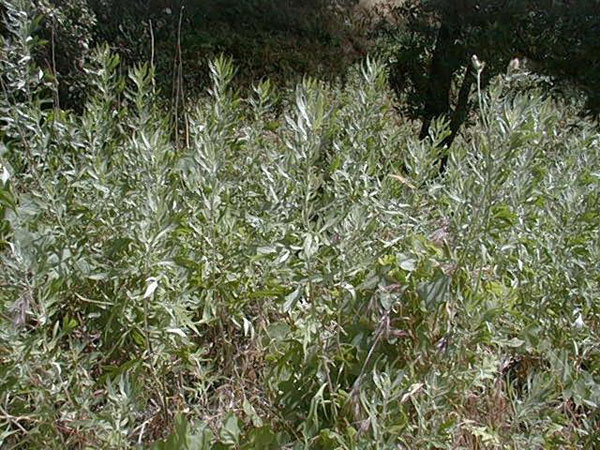 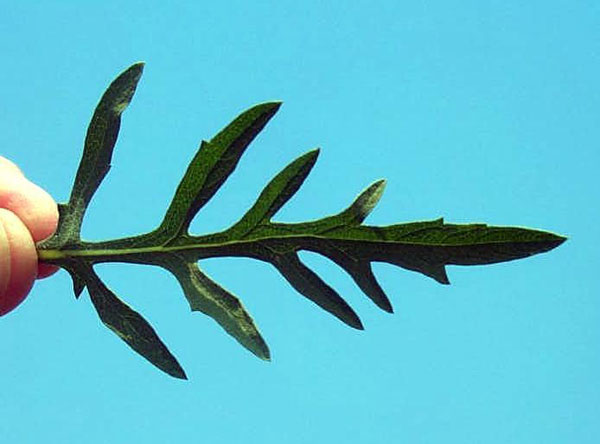 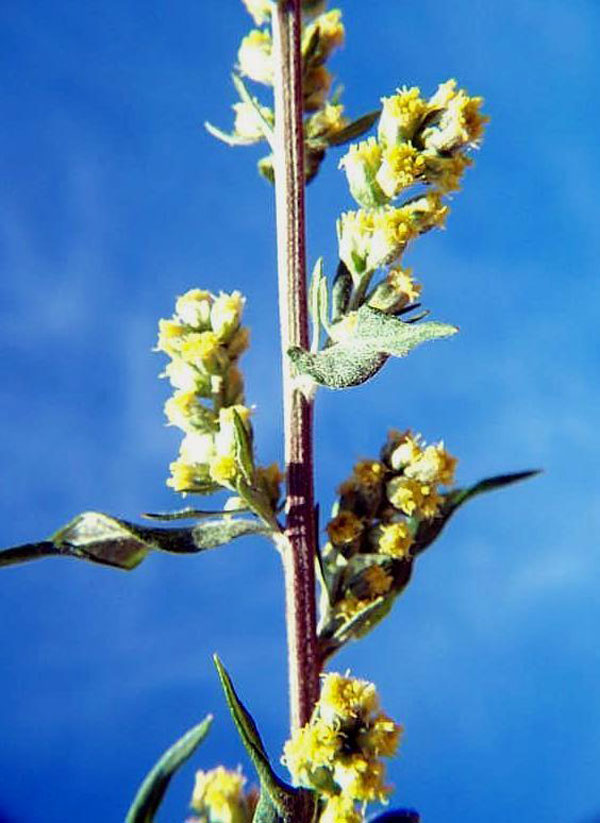 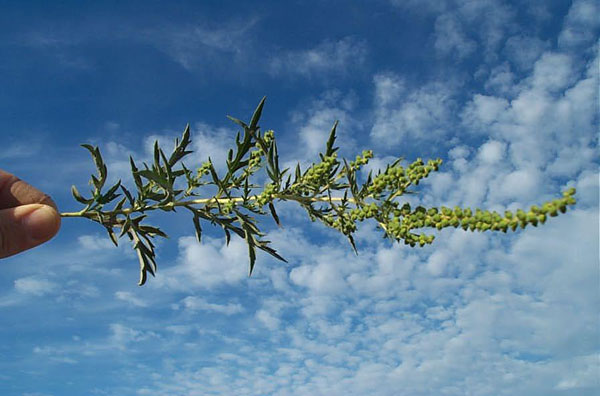 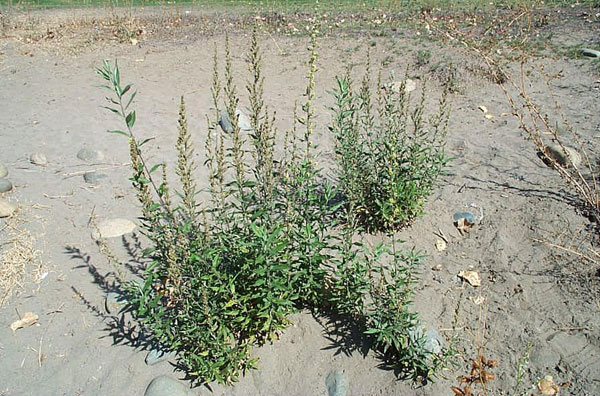 Native to the western United States, and found from southern California to Washington and east to Idaho and Nevada.

A perennial herb found commonly and in thick clumps along creek or ditch banks, roadsides, and in pastures.

Mature plants can be very tall and slender, with flower stalks rising to over 7 feet high. Plants tend to grow in large clumps that cover wide areas. There are running rhizomes that will sprout new stems. Stems are generally simple to sparsely branched. Leaves are up to 6 inches long and quite variable in shape, being generally lance-shaped and elongate. The lower leaves have several deeply notched lobes, while the upper leaves have either fewer lobes or smooth margins. The lower surface of the leaf is grayish-green. Flowers are small, greenish, and inconspicuous, but occur in dense, long clusters on branches off of the upper area of the stem. A very close look reveals these tiny flowers to be daisy-like as a ray of multiple flowers.

Mugwort does not tolerate cultivation and rarely is a problem in crops. Physical removal is possible, but roots may regrow if not removed completely.