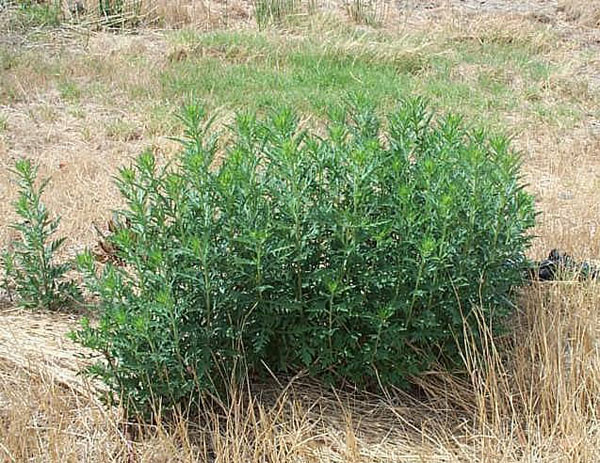 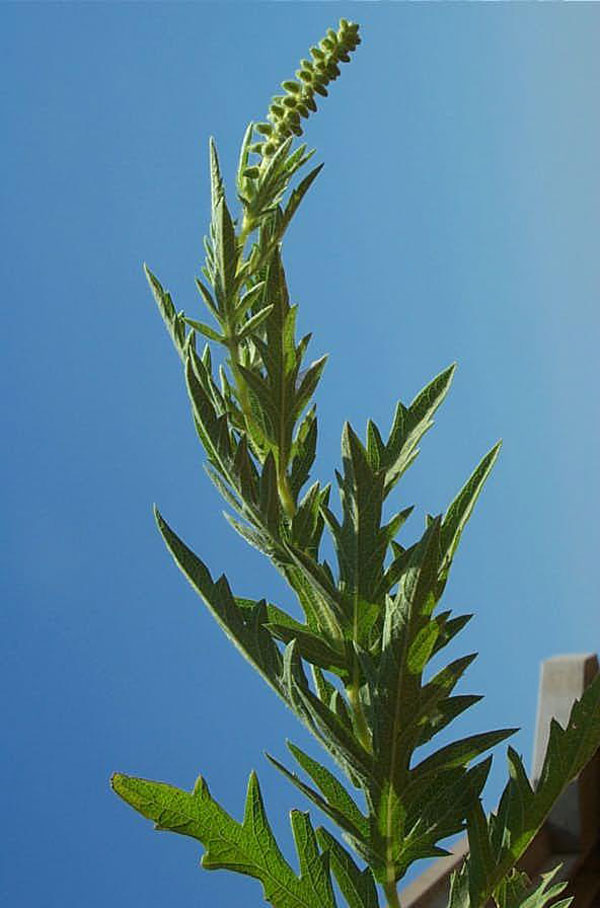 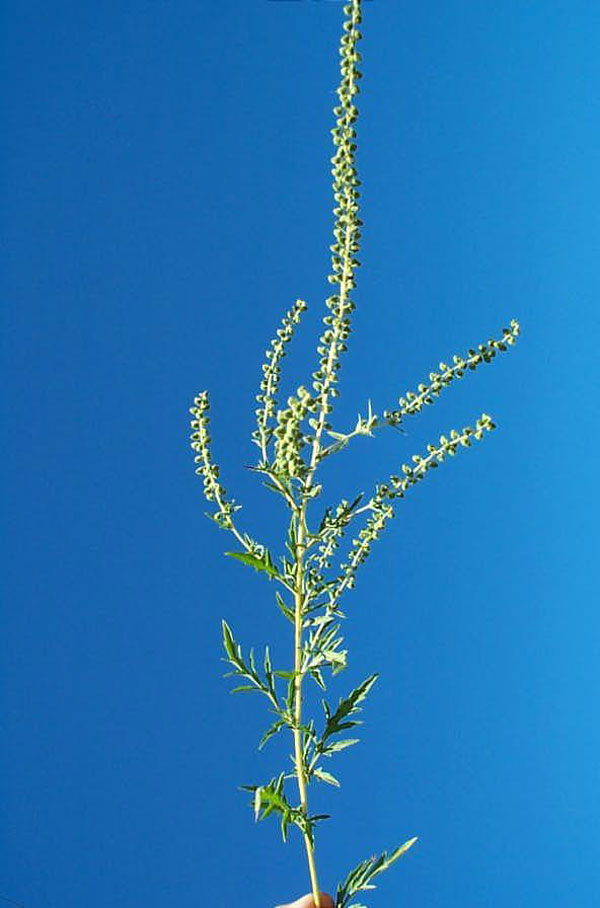 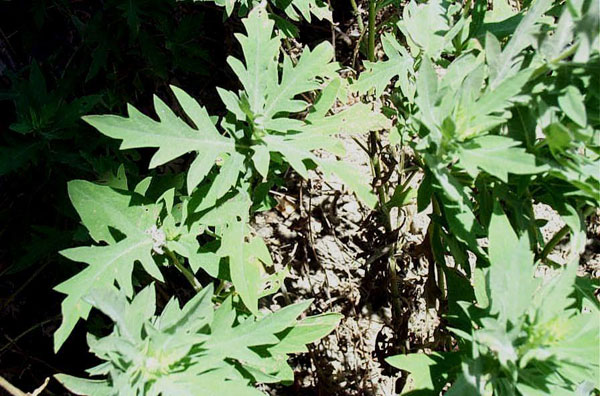 Native to the western United States, and found from Mexico to southern Canada and as far east as Illinois.

A perennial weed reproducing from seeds, but also spreading by its underground rhizomes and running rootstocks. Similar to Common Ragweed which is an annual, but separated by the rhizomatous roots. A common weed in many situations, and a common cause of hay fever symptoms.

Mature plants grow to 4 feet in height on strong but thin stems that are a greenish gray and covered with short, stiff hairs. These hairs are glandular and will have a strong odor when they are handled. Numerous primary stems arise from the base, and remain unbranched until the upper third, when there may be many short, thin branches. Leaves on the lower stem are opposite while those on the upper stem and branches are alternate, with all leaves on short stalks. Leaves can be over 4 inches long and lance-shaped, but they are deeply lobed. The lobes have almost a feather appearance, although they are not separated to the mid-vein. Flowers are very small and inconspicuous, but occur on short stalks off of the main stem. Each flower head is composed of several flowers, male or female, and the heads are lined in small groups along the length of the stalk.

A perennial that can propagate from rhizomes.