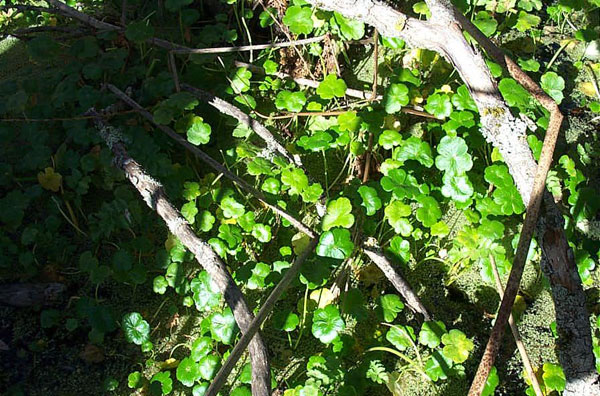 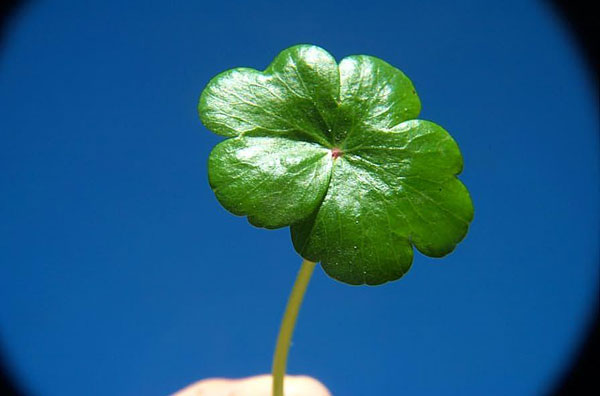 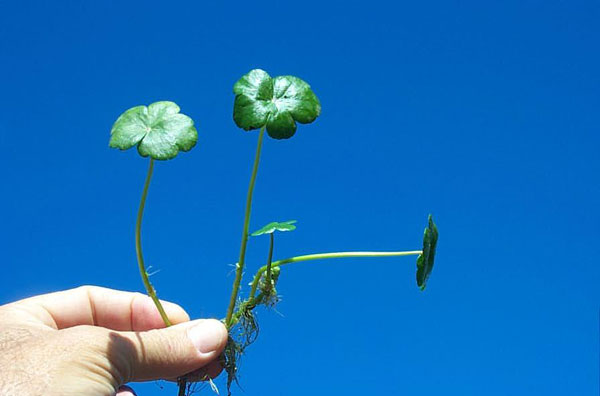 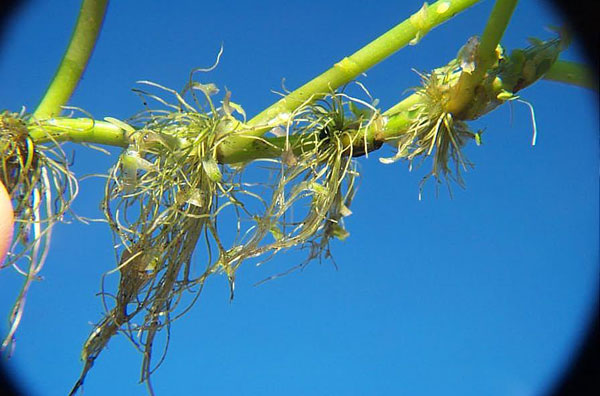 Native to North America, and found from Washington south into northern Mexico, east through Texas and Oklahoma to the entire East Coast north to New York. It has escaped cultivation and use as an ornamental pond plant to become a noxious weed problem in Britain and Australia.

A perennial floating aquatic plant that is commonly used also in ornamental ponds. In natural settings this pennywort is a valuable part of aquatic ecosystems, although it can spread to become a nuisance weed where other plant growth does not compete with it. In irrigation ditches its creeping habit also causes it to obstruct the flow of water, and it is able to grow up onto wet soils nearby. Reproduction is from seeds, but much of the plant’s spread it from creeping stolons that root at the nodes, or from fragmented plant parts that disperse with water movement.

Plants grow creeping and mat-like over soil or shallow waters. Roots grow from most nodes to create a shallow rooted plant. Leaves are shiny green and fleshy, and generally round and palmately veined. Leaves are deeply divided into from 3 to 7 lobes, and each lobe has scalloped margins, and a reddish spot often shows at the point of attachment of the stalk. Flowers are tiny, inconspicuous green nodules at the end of a short stalk, often without petals.

A systemic herbicide labeled correctly for the site of the infestation will be needed. Physical removal is generally ineffective as the plants fragment very easily when disturbed, with broken stems easily growing new roots.