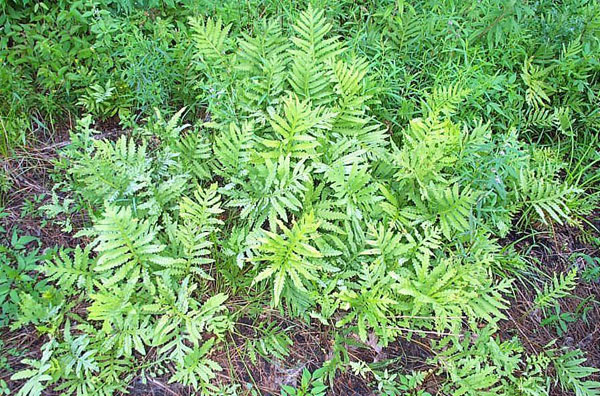 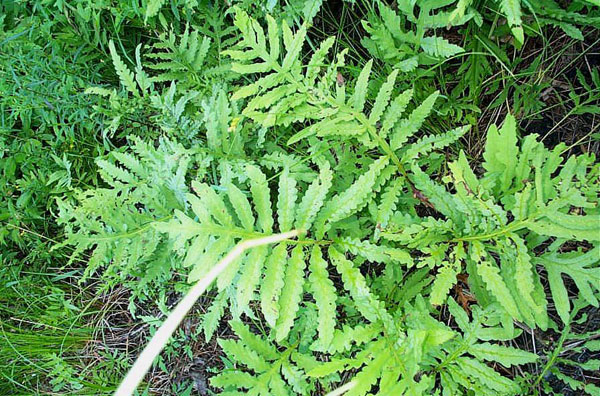 Native to North America, and found in most states in the upper half of the United States and in southern Canada, from coast to coast.

A perennial plant that reproduces from spores and from underground plant parts. This is a common fern along roadsides and in wooded areas, able to form extensive clumps that dominate the plant growth in some areas.

Mature plants are upright on stiff stalks, growing to around 3 feet tall. Leaves are divided into one to two dozen leaflets that are opposite each other along the mid-vein, with a single terminal leaflet at the tip. The margins of the leaflets are scalloped.

Not generally a noxious weed problem, but where control is needed a systemic, nonselective herbicide will be effective.